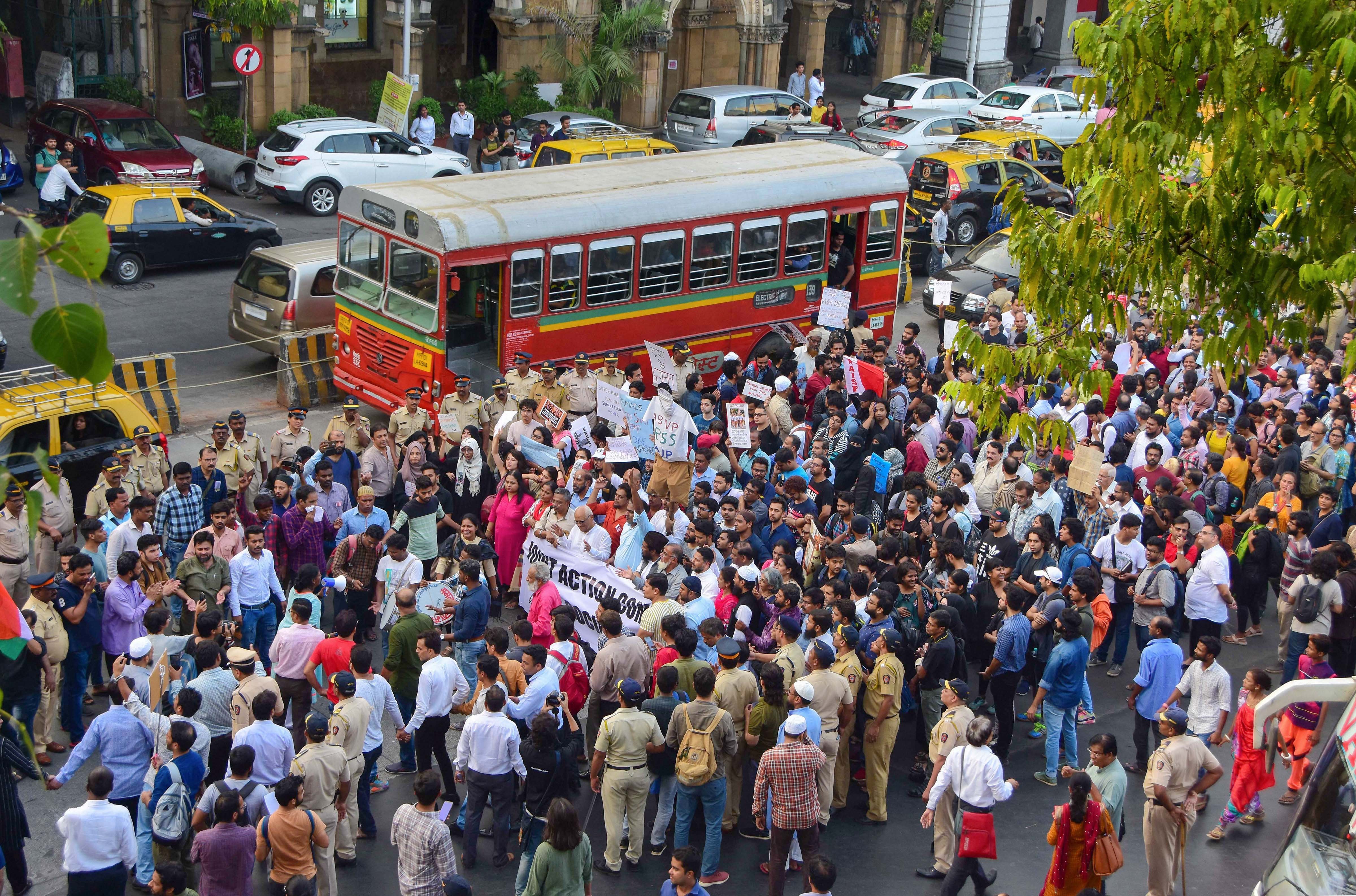 Activists and students shout slogans as they participate in a protest against the alleged violence on JNU students Sunday evening, during a rally from Hutatma Chowk to Gateway of India, in Mumbai, Monday, January 6, 2020.
PTI
PTI   |   Mumbai   |   Published 07.01.20, 08:39 AM

Protest against the JNU violence was called off in Mumbai on Tuesday after the demonstrators were shifted from the Gateway of India to Azad Maidan, police said.

In the morning, several protesters, including students and women, were taken in police vans from the iconic Gateway of India in south Mumbai as roads were getting blocked and people, including tourists, were facing problems, a police official said.

Police had appealed to protesters to shift but when they didn't listen, they were 'relocated' to Azad Maidan near the Chhatrapati Shivaji Maharaj Terminus, deputy commissioner of police (zone 1) Sangramsingh Nishandar said.

'After the protesters were relocated, they called off their demonstration,' he said.

Since the demonstration was posing problems for tourists and in traffic movement, the protesters were requested to move to the Azad Maidan, he added.

While most of the students who were part of the protest left the Azad Maidan after the demonstration was called off, some people, including women, were still at the ground, another police official said.

Earlier, hundreds of people, including students, women and senior citizens -- who had been protesting at the Gateway of India since Sunday midnight -- demanded action against those behind the JNU violence and resignation of Prime Minister Narendra Modi and Union home minister Amit Shah.

Violence broke out in the Jawaharlal Nehru University (JNU) in Delhi on Sunday night as masked men armed with sticks and rods attacked students and teachers and damaged property on the campus.

Nearly 34 people were injured in the violence.