Promise of justice to Shopian families 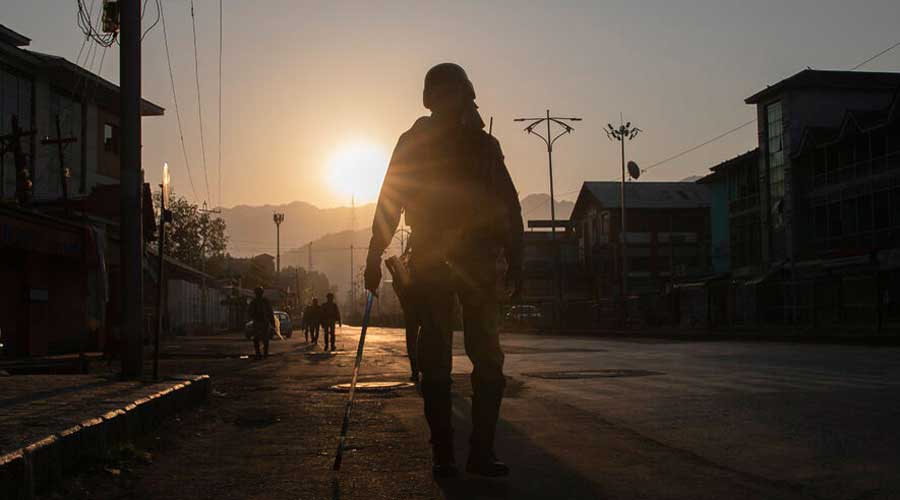 Jammu and Kashmir lieutenant governor Manoj Sinha on Monday broke his silence in the alleged fake gunfight in Shopian, promising justice to the families, amid allegations of a cover-up.

Three men were killed in an alleged gunfight by the troops of 62 Rashtriya Rifles on July 18 in Shopian. The army then claimed they were unidentified militants.

On August 10, three families in Jammu’s Rajouri claimed the trio were their missing children who had travelled to Kashmir to work as labourers but were killed in a staged encounter and passed off as militants.

The army and civil administration have launched separate investigations in the killings but the families and residents claim the authorities were delaying investigations to cover up the alleged crime.

“So far as aggrieved families are concerned, army and administration are investigating the issue separately,” Sinha told reporters in Srinagar in response to a query. “I want to make it clear, there will be justice for them.”

Sinha’s promise came three days after the families wrote to him regretting that the government was not making DNA reports of the families and three young men killed in Shopian public.

The families claim three cousins — Ibrar Ahmad, Imtiyaz Ahmad and Ibrar Ahmad — were gunned down in the alleged encounter.