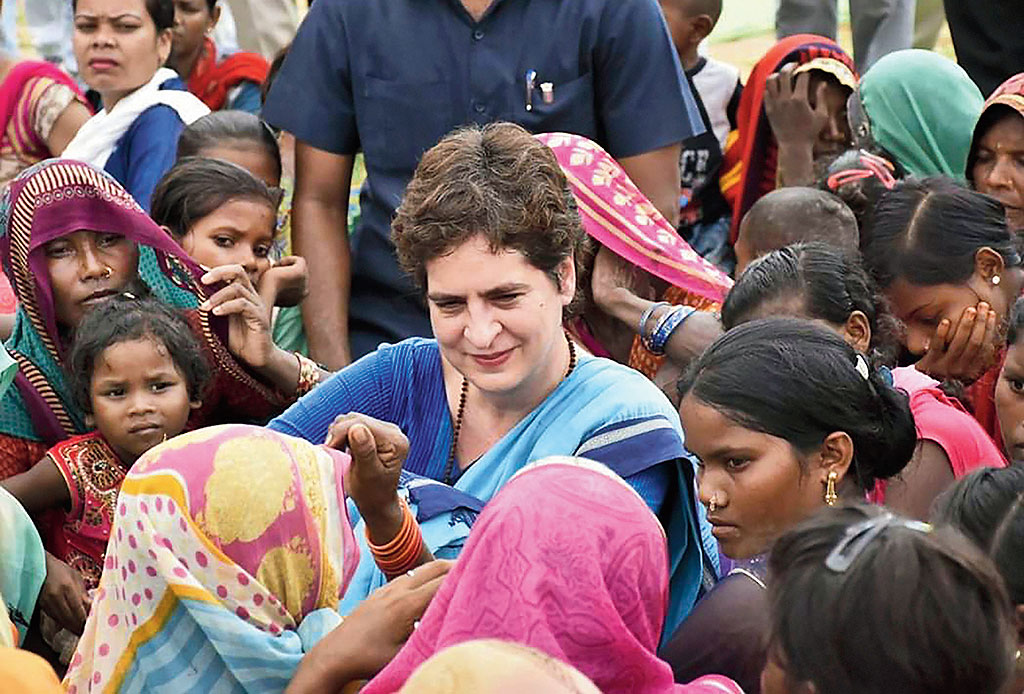 Congress general secretary Priyanka Gandhi Vadra on Tuesday visited the Sonbhadra village where 10 tribals were shot dead over a land dispute in July, nearly a month after the Uttar Pradesh administration prevented her from going to the site of the massacre by detaining her in Mirzapur.

Priyanka travelled 100km by road from Varanasi to Umbha village in Sonbhadra district, prompting Uttar Pradesh deputy chief minister Dinesh Sharma to accuse her of resorting to a “political stunt”.

Shortly after arriving at Varanasi airport in the morning, Priyanka tweeted: “Today, I am going to Sonbhadra to meet the brothers and sisters and children of Umbha village, enquire about their wellbeing and to be part of their struggle.”

“I had promised the members of affected families of Umbha village, who had come to meet me at Chunar Fort, that I will visit them,” she added.

Congress leaders said Priyanka would talk to the villagers about the steps taken by the state government for their security.

BSP president Mayawati took a swipe at the Congress and the Samajwadi Party after Priyanka’s visit to Sonbhadra, saying their leaders should “stop shedding crocodile tears” and instead work towards restoring the land to the tribals.