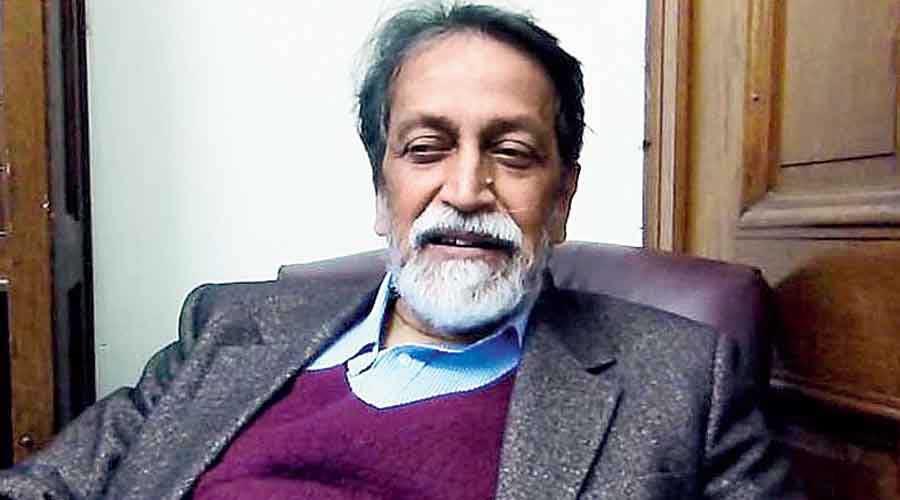 It’s time the NDA government’s privatisation spree — with even public-sector banks and the trustworthy and profitable Life Insurance Corporation (LIC) being put up for partial sale — is halted, argues Prabhat Patnaik, economist and professor emeritus at JNU. He tells the author, a professor of human science, that the LIC is not only profitable but serves the crucial interest of the common people.

Prime Minister Narendra Modi’s critics have accused his government of selling public corporations and institutions at will. They say the Modi government will soon put the entire country up for sale. Do you agree?

Patnaik: The argument advanced for the sale of public-sector enterprises, namely that it is a way of mobilising resources for government spending, is fundamentally wrong. Selling public enterprises is no different from a fiscal deficit in its macroeconomic impact: in one case the government spends money and recovers that money by selling bonds to the public; in the other case the government spends money and recovers it by selling equity to the public. There is really little difference between the two cases.

The real criticism of fiscal-deficit-financed government expenditure in a demand-constrained economy like ours is that it exacerbates wealth inequality; this holds also for public-assets-sale-financed government expenditure. And gratuitously exacerbating wealth inequality in India is inexcusable; resources have to be raised instead through wealth taxation.
But using this false theory, endorsed by the IMF and finance capital generally for ideological reasons (since they want the public sector dismantled), the Modi government is starting a privatisation spree.

The public sector does not just represent government ownership; it represents social ownership. It is subject to parliamentary scrutiny, which should be made stricter. In fact, governments should not be allowed to sell off public assets at their whim. Each such sale should be subject to parliamentary discussions and approval and should be on grounds other than the spurious one of raising resources. Otherwise, there is indeed nothing to prevent the sale of the country.

There could be a case for the privatisation of Air India or BSNL (Bharat Sanchar Nigam Limited),which are running at severe losses. But why are profitable institutions like public-sector banks being targeted?

Patnaik: I don’t agree that there is a case for privatising Air India or BSNL. My reasons are two: first, their loss-making is itself engineered by the government to prepare the case for privatising them. There was, for instance, massive and sudden retrenchment from BSNL which led to a disastrous drop in the quality of its service and to inconvenience for its customers. Likewise, the drop in Air India’s service quality that has — besides palpably unwise past investment decisions — contributed towards its losses has occurred before our eyes.

Second, judging a public-sector unit by its profitability is fundamentally wrong. The public sector, representing social ownership, is meant to serve society in diverse ways, not just by making profits. The reason for keeping public-sector banks public (and this was the argument behind bank nationalisation) is not that they make profits but that they give institutional credit to sections of the population that would otherwise never get it.

This wide disbursal of credit is what made possible the Green Revolution and the achievement of such food self-sufficiency as we have. The whole discourse around the public sector is, therefore, wrong and motivated.

The two-day strike launched by the bank unions was a shining success. Does this imply the common man is gradually turning against the government’s “sell off” policy? Not only that, they have now decided to launch a spirited battle against the overall economic policy of the Modi dispensation.

Patnaik: The Modi government’s economic policy is what I would call “ruthless neo-liberalism”. A crucial component of it is opening up the petty production sector, including peasant agriculture, for encroachment by big capital. The three farm laws are indicative of this. This sector, employing 85 per cent of the country’s working population, takes time to awaken but when it does it resists quite single-mindedly. This sector has now started resisting. Privatisation affects it deeply, since public ownership — say, of financial institutions — is of direct help to it.

The trade unions have always been opposed to privatisation. The coming together of workers, white-collar workers and peasants is of momentous significance for the country. The government’s economic policy never had many takers among them; the government pushed it while diverting people’s attention through a communal polarisation. I think such subterfuges are not going to work henceforth, which would make the government more repressive and its pro-corporate partisanship more open and odious.

Is there a personal axe to grind? The commanding heights of the Indian economy nurtured and nourished by Jawaharlal Nehru are being listed for sale one by one. Nehru, as we know, is the bête-noire of the BJP and the RSS.

Patnaik: There is no doubt an element of truth in what you say. But I would say that Modi and his circle have little understanding of economics. They have imbibed certain simple-minded neo-liberal ideas from the ideologues of finance capital that are in conformity with what their crony capitalists tell them. They stick to these ideas with their characteristic ruthlessness.

Trying to offload the shares of a profitable organisation like BPCL (Bharat Petroleum Corporation Limited), and particularly the LIC, is surprising. Why is Modi acting like this — to satisfy his crony capitalists or use the resources gathered for national reconstruction?

Patnaik: It’s not just that he listens to his crony capitalists but his crony capitalists themselves lack any breadth of vision. In the US, when Elizabeth Warren proposed a 2 per cent wealth tax on the very rich during her campaign for presidency, 18 billionaires endorsed her proposal. Would the corporate-financial oligarchy in India support a wealth tax? On the contrary, the entire argument supporting privatisation for raising resources is meant to increase wealth inequality and thereby undermine democracy.

Experts, highly critical of Modi, have said that the privatisation policy and its implementation is but one important aspect of the entire economic rationale and agenda of the government. From the demonetisation and the goods and services tax (GST) to the petrol and diesel price hikes, every far-reaching step is meant to oppress the poor and the middle class. He is a thorough neo-liberal and his advisers are blind followers of Milton Friedman and Jagdish Bhagwati.

Patnaik: The demonetisation was a huge blow to the petty production sector and the millions of unorganised workers employed therein. It pushed that sector into greater debt, which hangs like a millstone round its neck. The rise in petro-product prices raises the input costs for the peasantry which, in the absence of a corresponding increase in the guaranteed minimum support price, pushes it further towards destitution.

The GST effectively redistributes the tax burden from the large-scale sector to the petty producers. Every one of these measures is in conformity with neo-liberalism and is a blow against the peasants, agricultural workers and unorganised workers in general, and even organised workers who suffer as consumers.

Common people, the struggling middle class in particular, are having sleepless nights, now that they have heard that public-sector banks and, above all, the LIC will be put up for sale. What can we do to assuage them?

Patnaik: What we are seeing is a shift of concern away from the workers, peasants and lower middle class towards the rich, which is immanent to neo-liberalism but is now accelerated. Consider the LIC. Private insurance companies all over the world employ huge armies of lawyers to fight against insurance claims which no lower-middle-class client can match. In India, however, such a person could put his money into the LIC, assured of getting a fair treatment; and the LIC has a settlement-to-claims ratio (almost 98 per cent historically) that is higher than anywhere else in the world. This assurance will now go. What is needed now is a mass movement against this animosity towards the people.