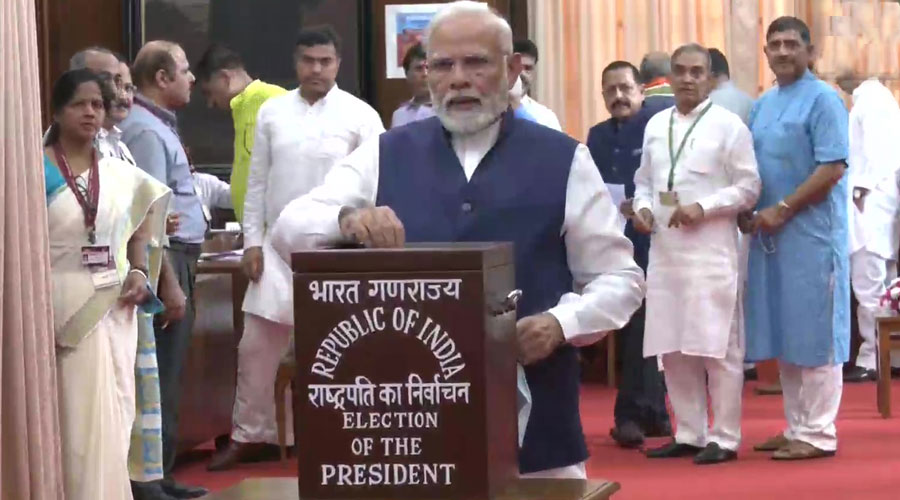 The Election Commission Monday said over 99 per cent of the total 4,796 electors cast their votes in presidential poll, while 10 states and the Union Territory of Puducherry recorded a turnout of 100 per cent.

The election was concluded successfully in a free, fair and transparent manner at the Parliament House and at 30 centres within State Legislative Assemblies across the country including in Delhi and Puducherry, the poll panel said in a statement.

Forty-four MPs were permitted to vote at state headquarters, nine MLAs at Parliament House and two MLAs in other states' headquarters.

The BJP-led NDA had nominated Droupadi Murmu as its candidate, while the joint opposition has fielded Yashwant Sinha for the 16th Presidential election.