According to legislation, unification will ensure synergised and strategic planning and optimal utilisation of resources 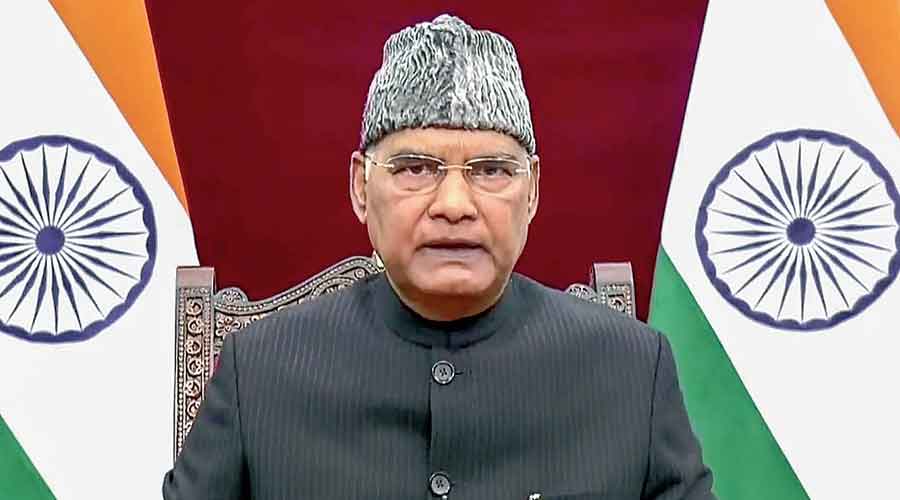 President Ram Nath Kovind has given his assent to the Delhi Municipal Corporation (Amendment) Bill, 2022, which seeks to unify the three civic bodies in the national capital.

The legislation was approved by the Lok Sabha on March 30 and by the Rajya Sabha on April 5.

"The following Act of Parliament received the assent of the President on the 18th April 2022 and is hereby published for general information: The Delhi Municipal Corporation (Amendment) Act, 2022 No. 10 of 2022," said a gazette notification issued by the Centre.

According to the legislation, the unification of the municipal corporations in Delhi will ensure synergised and strategic planning and optimal utilisation of resources.

Replying to debates on the legislation in the Rajya Sabha, Union Home Minister Amit Shah had said the move was necessitated due to the "step-motherly treatment" meted out to the civic bodies by the Aam Aadmi Party (AAP) government in Delhi.

"The way the AAP government in Delhi meted out step-motherly treatment towards the three civic bodies, we had to bring this bill. You can have animosity towards us, but what animosity do you have towards the people of Delhi? They have voted you to power...," Shah had said.

"This bill is in accordance with the Constitution. The Centre has the power to enact laws in the Union Territory of Delhi.... This bill, from no angle, is an attack on the federal structure," the Union home minister had said, allaying the concerns raised by some Opposition members.

Delhi is only a Union Territory and not a full state, he had said, adding that Parliament has the competence to frame laws for Delhi.

Shah had also claimed that the Centre has doubled the allocation amount to Delhi and not reduced a single penny due to it being a Union Territory, but the AAP government has not paid the three civic bodies Rs 40,561 crore in accordance with the fifth Finance Commission and instead, given only Rs 21,000 crore, which is the reason behind the plight of these bodies.

Upon the completion of each census after the establishment of the corporation, the number of seats shall be on the basis of the city's population as ascertained at that census and shall be determined by the Centre.

The legislation was introduced in the Lok Sabha weeks before the polls to the three civic bodies of Delhi -- South, North and East -- were scheduled to be held.

The polls were to be held in April and the Delhi State Election Commission had deferred it at the eleventh hour, citing a communication from the lieutenant governor, which informed that the Centre was contemplating reunifying the three MCDs.

The Municipal Corporation of Delhi was trifurcated in 2011 when the late Sheila Dikshit was the chief minister of Delhi and the Congress-led UPA was in power at the Centre.