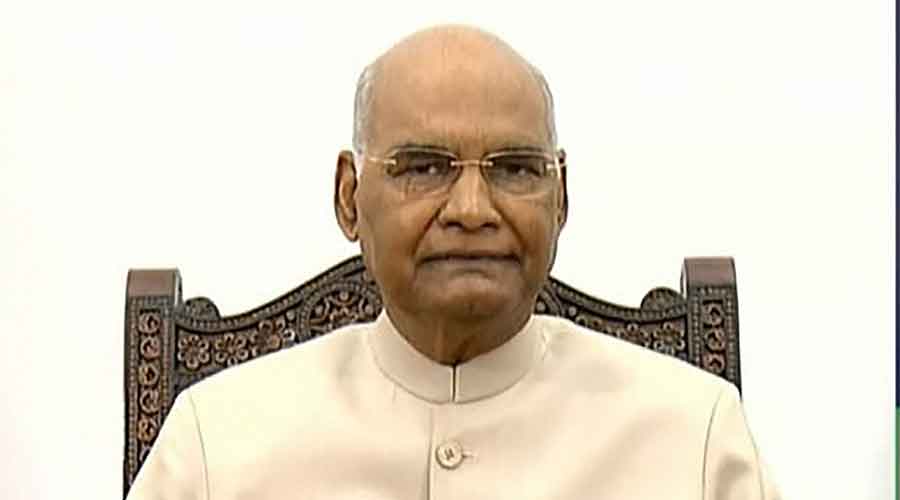 President Ram Nath Kovind gave his assent on Sunday to three contentious farm bills that have triggered protests by farmers, especially in Punjab and Haryana, and prompted an ally of the ruling BJP-led coalition to quit the government.

According to a gazette notification, the President gave assent to three bills: The Farmers' Produce Trade and Commerce (Promotion and Facilitation) Bill, 2020, The Farmers (Empowerment and Protection) Agreement of Price Assurance and Farm Services Bill, 2020, and The Essential Commodities (Amendment) Bill 2020.

The Farmers' Produce Trade and Commerce (Promotion and Facilitation) Bill, 2020 aims to permit the sale of agricultural produce outside the mandis regulated by the Agricultural Produce Marketing Committees (APMC) constituted by different state legislations.

The President's assent to these bills comes amid the Opposition criticising the manner in which they were passed in Parliament. Even NDA's oldest ally Shiromani Akali Dal (SAD) has parted ways on the issue of these farm bills as farmers in Punjab and Haryana intensify protest.

The Opposition had requested the President not to sign the bills -- which would have sent them back to Parliament for reconsideration -- after two of the bills were passed in the Rajya Sabha last week amid uproar, reported ndtv.com.

The Opposition has alleged that the bills were pushed through voice vote in violation of the rules. The government, it said, lacked the numbers, which would have become clear if a physical voting was held. They also accused Deputy Chairman Harivansh Singh, who was presiding over the proceedings, of colluding with the government.

Harivansh and the government have said the Opposition demands for physical voting were negated as the members were not in their seats while making the demand. But television footage of the Rajya proceedings of September 20, however, showed something else.

The footage reviewed by some sections of the media, including The Indian Express and NDTV, shows that at least two of the three MPs – K.K. Ragesh and Trichy Siva -- who moved the motion to send the controversial bills to a select committee, were in their seats when they demanded a division of votes.

The government has claimed that the bills, which will replace the ordinances issued by the government in June, will help farmers increase their income and free them from the interference of middlemen.

Bypassing wholesale markers, the new laws enable farmers to deal directly with big corporations for the sale of produce and even allow pre-harvest contracts.

Farmers, however, are apprehensive about dealing directly with corporates. They fear that they will not be paid even the minimum support price (MSP) fixed by the government and be exploited. Calling the new system "anti-farmer", they have demanded that the laws be repealed.

Over the last weeks, huge farmers' protests have been held over the laws, especially in Punjab and Haryana, states that are dubbed the grain bowl of the country.

On Friday, massive protests were held across the two states. Farmers from Uttar Pradesh, Madhya Pradesh, Bihar and even the southern state of Karnataka had also joined in.

The Shiromani Akali Dal, which first quit the government and then the NDA over the new laws, said they plan to hit the roads with a tractor rally on October 1.