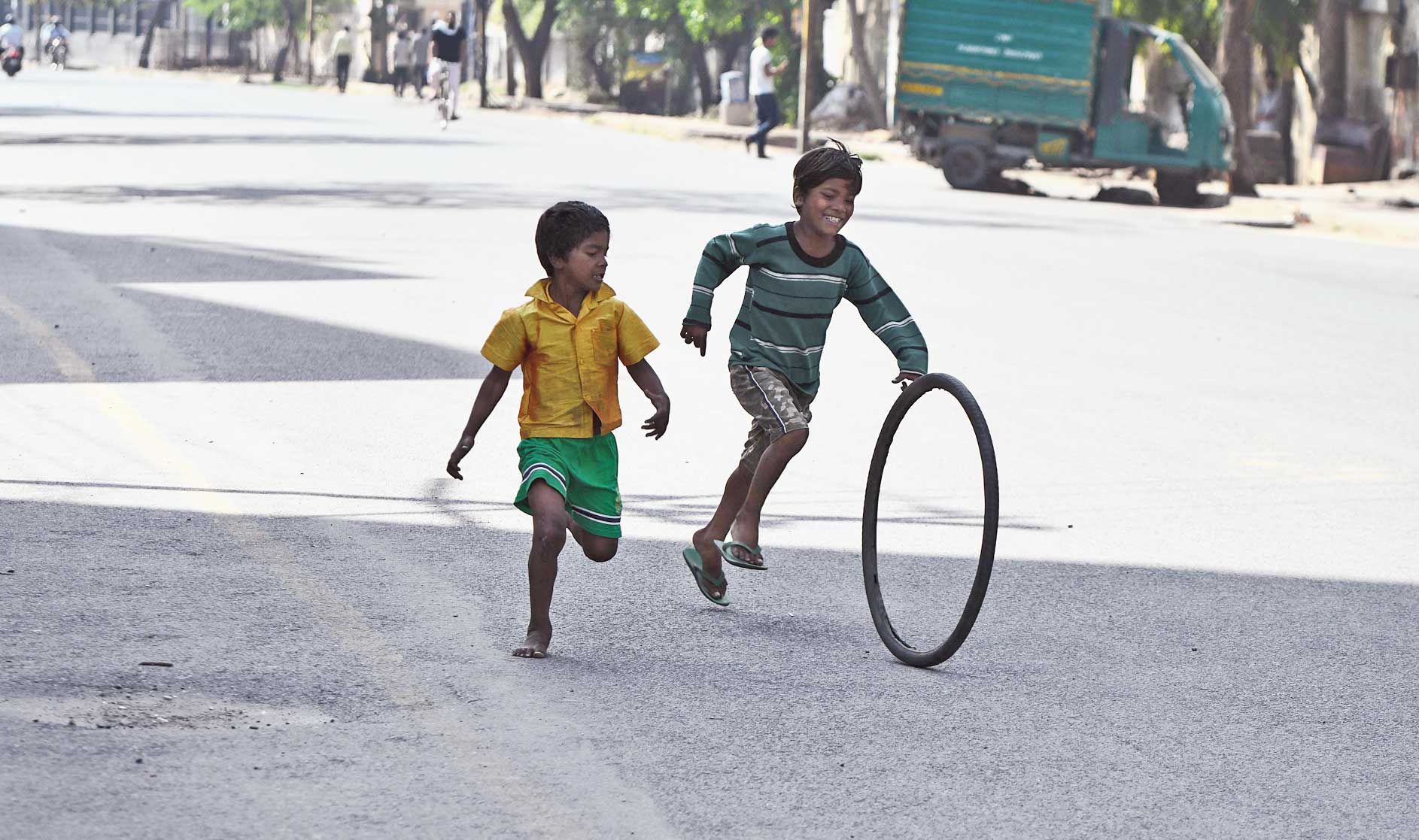 But officials at IIT Delhi said the test kit was still being evaluated by the Indian Council of Medical Research, which has to clear any such product for public use.

The tweet has prompted some teachers in the IITs and other institutions to question the ethics of premature promotion of research efforts for, as one professor put it, “headline management”.

Pokhriyal has over the past two weeks posted several tweets and videos celebrating IIT research projects to fight Covid-19, ranging from low-cost ventilators being developed at IIT Madras and IIT Hyderabad to a telemedicine system being designed at IIT Kharagpur. He has in these posts recognised that these are yet to be completed.

However, academics including IIT professors have expressed discomfiture with these tweets too, questioning the effort to hype up research that is still under development and could take months or years to reach the marketplace.

“It’s headline management by the government,” an IIT Bombay teacher told The Telegraph, suggesting the government was publicising the projects to be able to bask in “reflected glory”.

All the IITs have together posted on the website of the IIT Council — headed by Pokhriyal — a list of 200 research projects to help fight the Covid-19 outbreak.

“In general, every announcement of research findings or new technology must make it clear whether it’s still in the process of development, is undergoing assessment, or is ready for commercialisation,” said Sunil Mukhi, chair of the committee of scientific values at the Indian Academy of Sciences.

“There is a difference between prototype and commercialisation stages. Which is the case needs to be made clear.”

N. Raghuram, biotechnology professor at the Guru Gobind Singh Indraprastha University here, said the portrayal of the fruits of research as an accomplishment can come only after validation by a peer group or by the benchmarking and regulatory agencies.

Two IIT directors told this newspaper that many of the projects listed were important and, if successful, could help India fight the outbreak.

“We’re doing serious science,” IIT Kanpur director Abhay Karandikar said. “To name a few, our ventilator project is being done with the involvement of specialist doctors. It’s an invasive ventilator.”

He added: “Our vaccination project, though a long-term one, is a serious scientific effort. The faculty member involved had previously worked on the Ebola vaccine in the US.”

Karandikar said his institute was also trying to develop a “microbial polymer coating” with a virucidal agent — a protective coating to be used in masks and PPE.

He said there were several other projects aimed at helping local communities and hospitals.

IIT Delhi director Ramgopal Rao referred to the allegation that some of the IIT research projects are trivial, a charge some critics have aired highlighting that some of the 200 listed projects have to do with developing hand-sanitisers and face masks.

“People may have got the impression that some of these projects are trivial because the sanitisers message went viral on social media,” Rao said.

“Some difficult projects take time. People have no idea about the complexity of the technology development process.”

Ashwini Agrawal, professor of textile engineering at IIT Delhi, had earlier developed a compound that is applied on fabric to protect the users from bacterial infections.

“Currently, we are working to further develop this technology to see if this compound can be effective on viruses, including Covid-19. If it succeeds, it will be a new technology that can be used to produce fabrics that can protect people from viral infections,” he said.

He admitted that not all the research was entirely new.

“We are currently producing three-ply surgical masks with our start-up company, Nanoclean Global, and the associate company, Sai Products and Grafiq, Greater Noida,” he said.

“The product has gone through the required tests. The technology is not new but the production of these masks needs to be scaled up during this crisis. We are doing that.”

Teachers at IIT Bhubaneswar had received an email last week from the institute’s PRO saying the HRD ministry wanted them to re-tweet a post that Pokhriyal would tweet about their institute. The PRO later withdrew the email.

But many believe that the campaign to advertise Covid-19-related research is part of an attempt to show that the IITs are backing the government’s response to the pandemic.

“The (ministry) is committed to extend all possible support to these institutions and believes that our IITs are following the scientific process with full responsibility,” the HRD ministry told this newspaper when it sought comments on the concerns about premature publicity for the research projects.

“We are also informed that wherever required, they are taking necessary approvals from the competent authorities,” it added.

After receiving the PRO’s initial message about re-tweeting Pokhriyal’s upcoming tweet about their institute, several teachers at IIT Bhubaneswar had asked whether the service rules provided for such diktats.

An HRD bureaucrat at the time told this newspaper that the ministry did not expect the teachers to re-tweet the minister’s tweets — only the institute PRO was expected to do so.

“This (minister’s tweeting) is being done to motivate the scientists and faculty members in this hour of crisis,” the official said.

However, teachers at other IITs too said they had been asked by their PROs to re-tweet the minister’s posts about their institutes.