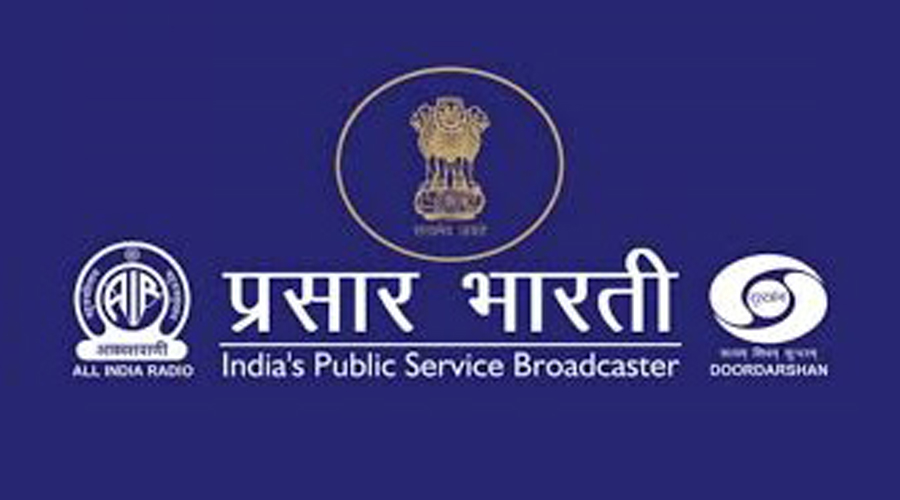 Digital channels of Prasar Bharati have registered more than 100 per cent growth in 2020, with Pakistan being the second-highest digital audience for Doordarshan (DD) and All India Radio (AIR), the government said on Sunday.

The Ministry of Information and Broadcasting said the channels across Doordarshan and Akashvani clocked over a billion digital views and over six billion digital watch minutes in the year.

Interestingly during 2020, Pakistan accounted for the second-highest digital audience for DD and AIR content after domestic audience from within India, with the United States close behind, the ministry said in a statement.

It said during 2020, Prasar Bharati's mobile application 'NewsOnAir' added more than 2.5 million users with the platform registering over 300 million views.

Live Radio streaming broadcasting over 200 streams emerged as the most popular feature, it said.

While DD Sports and Akashvani Sports have created a steady digital following with live commentary, Prasar Bharati Archives and DD Kisan have been steady digital performers featuring in top 10, the statement said.

Underscoring the substantial digital audience for news from the Northeast, the ministry said Northeast service of All India Radio (AIR) News was also in the top 10, and incidentally crossed the 1,00,000 subscribers' digital milestone.

Amongst the most popular digital videos during 2020 are Prime Minister's interactions with school students, Republic Day parade 2020 and a rare video of Shakuntala Devi from DD National archives, circa the 1970s, the statement said.

A dedicated Prasar Bharati YouTube channel for all Sanskrit language content was launched in 2020, wherein all Radio and TV content being produced in the Sanskrit language across DD-AIR nationwide network are uploaded for easy access to viewers, it said.

The ministry said almost 1,500 Radio plays in different Indian languages are available across DD-AIR Network, which is being digitised and uploaded on its YouTube channels.

It said thousands of hours of educational content is now available on our YouTube channels in different Indian languages.

The ministry said rare archival content of great historical value, available only with DD-AIR, is being digitised and uploaded on Prasar Bharati Archives YouTube channel.

In public interest, a dedicated team is working to dig out such musical, cultural, political content from thousands of tapes recorded over many decades in various stations of DD and AIR across the country so that the content is available in the public domain with easy access to all for academic and research purposes, it said.