The message of Prasad, who is in Ranchi serving sentences in fodder scam cases, was relayed by his younger son and heir-apparent Tejashwi Yadav,. 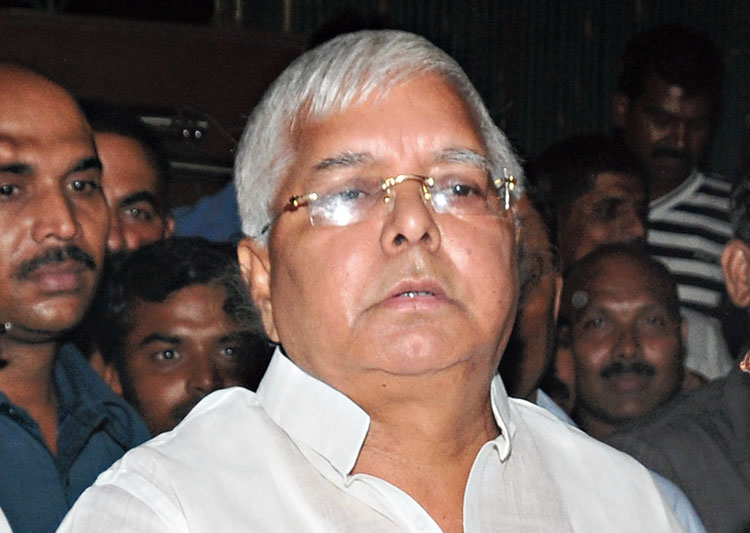 Buoyed by the success of the JMM-led alliance in Jharkhand of which his party was a part, RJD president Lalu Prasad on Wednesday gave a call to workers to toil 'four times' harder back in Bihar, where assembly polls are due in less than a year.

The message of Prasad, who is in Ranchi serving sentences in fodder scam cases, was relayed by his younger son and heir-apparent Tejashwi Yadav, who met his ailing father at a hospital in the Jharkhand capital where the former Bihar Chief Minister has been admitted on health grounds.

'The Jharkhand poll outcome is bound to have its impact on Bihar. Lalu ji has this message for our men in Bihar: work four times harder than you did in Jharkhand,' Tejashwi, who has been declared as the RJD's chief ministerial candidate, told reporters upon emerging from the hospital.

He also aimed a jibe at Bihar Chief Minister and JD(U) national president Nitish Kumar over his many volt-faces in the recent past, saying Jharkhand has witnessed political instability since its inception because on most occasions, unlike the present one, people have given a fractured mandate.

But Bihar has been politically unstable despite coalitions getting a majority, he said.

In the past five years or so, the state has witnessed many regime changes, though Nitish Kumar has been part of most of these, Tejashwi said in an apparent reference to the JD(U) chief junking the BJP in 2013, stepping down a year later following the party's drubbing in Lok Sabha polls but returning after a few months unseating his recalcitrant appointee Jitan Ram Manjhi.

Tejashwi, who had served as Kumar's deputy while the RJD and the JD(U) were in alliance, also referred to the wobbly alliance of the latter with the saffron party, pointing out day in and day out the BJP seeks to remind Nitish Kumar that he is surviving on the crutches it has provided him with. 'We would like to see how far they can go like this.'

He also scoffed at the BJP's insistence that its defeat in Jharkhand was mainly due to bhitarghaat (revolt from insiders), saying just two days have passed since results have been out. 'They must not try to pretend that they have thoroughly reviewed their performance in such a short time.'

They would also do well to admit that their loss was in no small measure because of their arrogance and mal-governance, he said.

Tejashwi also expressed surprise over reports that Prasad was likely to seek parole and attend the swearing-in ceremony of Chief Minister-elect Hemant Soren.

'He is in poor shape. The question of his coming out of the hospital to attend a public function does not arise,' he said.

'Of course, he is happy with the victory of the alliance and is thinking in terms of increasing the party's footprints. He has said that we should explore the possibility of contesting the assembly polls in Delhi in alliance with the Congress, which has been an old coalition partner in Bihar,' Yadav added.

Founded in 1997 by Prasad as a breakaway faction of the Janata Dal, the RJD seemed invincible in Bihar until it lost power in 2005, a year when the state witnessed two assembly elections within six months.

Its fortunes declined sharply thereafter but the party made a remarkable comeback in 2015 when it won 80 seats in a 243-strong House, becoming the single largest party.

However, in the Lok Sabha elections, the first major polls which the party faced without its charismatic supremo leading from the front, the party came up with its worst-ever performance and failed to win a single seat.