Polling will continue till 4 pm; counting of votes will take place at 5 pm 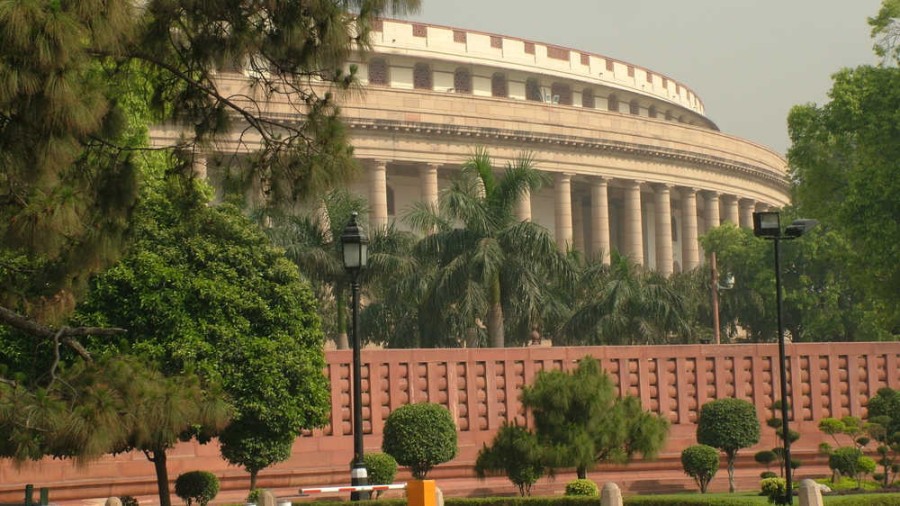 Polling for 16 Rajya Sabha seats in four states is underway on Friday amid allegations of attempts at horse-trading by rival parties which have corralled their MLAs in hotels and scenic resorts.

The Election Commission has appointed special observers and ordered videography of the entire exercise.

Polling started at 9 am and will continue till 4 pm. The counting of votes will take place at 5 pm.

Prominent among those whose electoral fate will be decided are Union Ministers Nirmala Sitharaman and Piyush Goyal, Congress candidates Randeep Surjewala, Jairam Ramesh and Mukul Wasnik, and Shiv Sena's ubiquitous face Sanjay Raut. All these leaders are expected to win without a hiccup.

However, elections will be held for 16 seats of Haryana, Rajasthan, Maharashtra and Karnataka on Friday as the number of candidates exceeds the seats going to the polls.

Arch rivals BJP and Congress have corralled their MLAs in hotels and resorts lest they should be poached, treating them to generous hospitality.

After more than two decades, Maharashtra will witness a contest in the Rajya Sabha polls as there are seven candidates in the fray for six seats.

The ruling MVA allies - Shiv Sena, NCP, Congress - have lodged their MLAs in different hotels and resorts in Mumbai. They will leave for the state assembly just before the polling begins, sources in the ruling coalition said.

Both the MVA partners and BJP are banking on the 25 additional votes of smaller parties and independents to see their candidates emerge victorious for the sixth seat.

The 288-member Maharashtra Assembly is the electoral college for the elections but the total votes have come down to 285 because of a vacancy due to the death of Shiv Sena MLA Ramesh Latke and a special court's rejection of the pleas of NCP's Nawab Malik and Anil Deshmukh, in jail for alleged involvement in money laundering cases, seeking a day's bail to vote.

In Haryana, where voting will take place for two seats, the MLAs of the ruling BJP and some of its ally JJP were lodged in a resort near Chandigarh. The Congress legislators are also in a resort in Chhattisgarh amid apprehension of poaching.

While the BJP, with 40 MLAs in the 90-member Haryana Assembly, has nine more than the 31 first preference votes required for a straight win, the contest has become keen for the second seat with entry of media baron Kartikeya Sharma, an Independent. He has the backing of BJP-JJP combine, most of the Independents, and Gopal Kanda, lone MLA of the Haryana Lokhit Party.

The BJP has fielded former Minister Krishan Lal Panwar, while Ajay Maken, a former Union minister, is the Congress nominee.

The Congress has 31 members in the state Assembly, just enough to help its candidate win a seat. Its prospects could be in jeopardy in case of cross-voting.

Kuldeep Bishnoi, the younger son of former Haryana chief minister, the late Bhajan Lal, is reportedly miffed with the party as he did not find any position in the new state Congress unit when it was reconstituted in April.

In the 90-member Haryana Assembly, the BJP has 40 MLAs while the Congress has 31. The JJP, an ally of the BJP, has 10 legislators, while the Indian National Lok Dal and Haryana Lokhit Party have one each. There are seven Independents.

In Karnataka, the main opposition Congress and JD(S) of former prime minister H D Deve Gowda continued to wrangle over the fourth seat they could win if one of them supported the other.

Altogether six candidates are in the fray for four seats, necessitating a keen contest for the fourth.

Despite not having the number, the BJP, Congress and JD(S) have fielded candidates for the seat, forcing an election.

A candidate needs 45 first preference votes for a facile win, and based on its strength in the Legislative Assembly, the BJP can win two seats and the Congress one.

After getting two Rajya Sabha candidates (Sitharaman and Jaggesh) elected on its own strength, the BJP will be left with an additional 32 votes.

The Congress, after seeing former Union minister Jairam Ramesh through, will be left with 24 votes. The JD(S) has only 32 MLAs, which is not enough to win a seat.

Rajasthan Congress MLAs and Independent legislators supporting the party had on Thursday reached Jaipur from Udaipur, where they were lodged in a resort amid fears of horse trading.

Polling will be held for four Rajya Sabha seats in Rajasthan.

The Congress and the BJP are set to comfortably win two and one seats, respectively.

Media baron Subhash Chandra has made the contest interesting by entering the fray as a BJP-backed independent candidate.