Political parties, social groups in J&K call for restoration of statehood ahead of PM visit 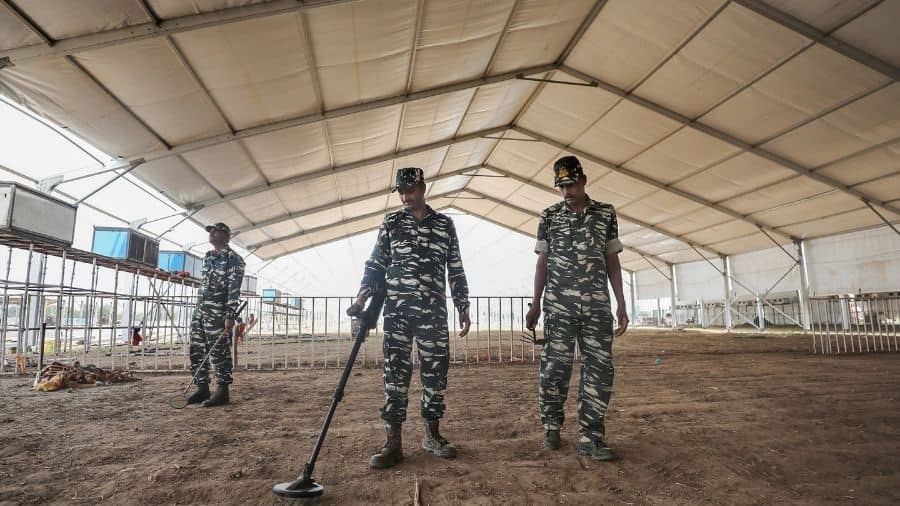 A day ahead of Prime Minister Narendra Modi's visit, a Jammu-based morcha of mainstream political parties and social organisations, including the Congress and the National Conference, on Saturday advocated the immediate restoration of statehood and democracy in Jammu and Kashmir.

The All Parties United Morcha (APUM), which also includes the CPI(M), CPM, Dogra Sadar Sabha, United Peace Alliance and the Internationalist Democratic Party, sought the prime minister's intervention in addressing the shortcomings in the draft proposal prepared by the delimitation commission for J&K.

Addressing a joint press conference here, leaders of the morcha, including Congress chief spokesperson and former legislator Ravinder Sharma, former MP Sheikh Abdul Rehman and former minister Ram Paul of the National Conference, observed a two-minute silence to pay tributes to the CISF officer who died in an attack by terrorists on a bus in the Sunjwan area of Jammu.

"Jammu and Kashmir is passing through a crucial phase as our historic state was brutally dismembered and downgraded. We are also deprived of a democratically elected government since June 2018," Sharma told reporters here.

He said the morcha held a discussion last week and has decided to come together and remind the prime minister, who is coming to Jammu and Kashmir on Sunday, of his promise to the people about the restoration of statehood.

Sharma said all the parties are united in their demand for early restoration of statehood and democracy in Jammu and Kashmir.

Rejecting the draft report of the delimitation commission for J&K, the Congress leader said, "It is a big fraud with the people as there are numerous shortcomings, and the report is not in sync with ground realities and is bound to cause huge inconvenience to the public."

National Panthers Party leader and former minister Harsh Dev Singh invited the attention of the prime minister towards the ever-growing unemployment in J&K and appealed to him to address the concerns of the educated unemployed and the underemployed in the union territory on priority.