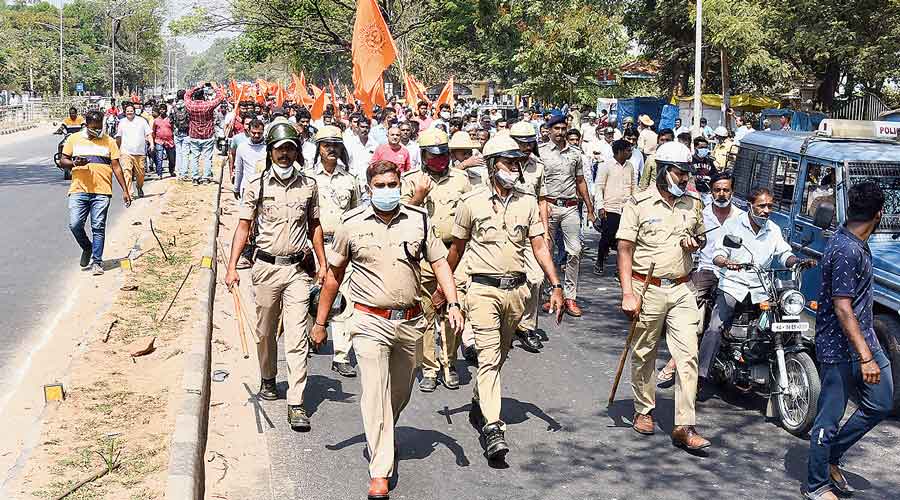 The Allahabad High Court has observed that the police has unfettered power of investigation and such investigation can continue even after the charge sheet has been filed under section 173 (2) of the CrPC and its cognisance taken.

A two-judge bench of justices Anjani Kumar Mishra and Deepak Verma made the observation while dismissing a petition filed by of Agra-resident Subodh Kumar.

The petitioner argued that that once a charge sheet had been filed and its cognisance taken, investigation comes to an end, and that it was not open for the police to carry on further investigation without the permission of the magistrate concerned.

It said that any subsequent police investigation without the permission of the magistrate amounted to the harassment of the petitioner.

However, the court observed, "The provisions of law provides that nothing precludes further investigation in respect of an offence after a report under Section 173 (2) Cr.P.C. has been forwarded to the Magistrate."

"It also provides that in case such further investigation is made and some evidence oral or documentary is obtained, a further or supplementary report shall be made to the Magistrate concerned." the court further observed.

The observation was made while hearing a case related to an alleged robbery incident three years ago.

According to the FIR filed in the case, on March 9, 2019, the complainant had gone to attend the baraat of his nephew to Khandwai village.

Around 2:30 pm, he was resting in a room when an unknown boy present in the room suddenly snatched his bag and fled with his associate waiting on a motorcycle. The bag contained Rs. 1.4 lakh in cash and some silver and golden jewelry as also a mobile phone.

The petitioner's counsel contended that the petitioner was not named in the FIR for robbery. It also submitted that the police after investigation arrested four persons and submitted a charge sheet against them and its cognisance was taken by magistrate.

The father of an accused made a statement that his son had sold the snatched ornaments to the petitioner in his shop on which police started to harass the petitioner.

"This law as it stands is that according to the language of Section 173 (8), it is implicit that a Police Officer can suo-moto make further investigations in cognizable cases, the court added, dismissing the petition on last Friday.