Advertisement
Home / India / Thank you, BJP boys, for ensuring we read this poem

Thank you, BJP boys, for ensuring we read this poem 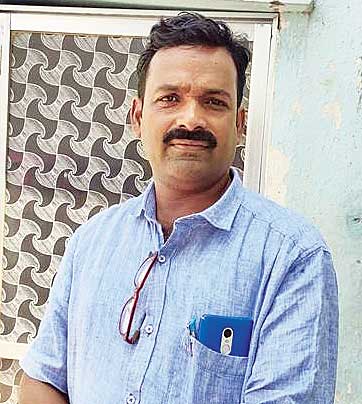 The BJP’s youth wing has set in motion a chain of events in Karnataka that compelled a Kannada poet and a journalist to spend a night in a police lock-up.

In the process, the BJP’s colts have also ensured that a poem titled Ninna Dakhale Yavaga Needuthe (When will you show your papers?) has drawn readers far beyond Karnataka.

The poem makes no reference to the Prime Minister. But the title and a recurring line — “when will you show your papers?” — carry echoes of a question that was asked when the protests against the new citizenship matrix had broken out.

In order to underscore the poor documentation record of the country, several citizens had referred to the absence of papers that can conclusively remove the haze surrounding the claims about the Prime Minister’s educational qualifications. “You show us your degrees and we will show you our citizenship proof” was a refrain at many protests.

In Karnataka, a BJP-ruled state that has been cracking down hard on any sign of the Prime Minister being lampooned, poet Siraj Bisaralli and journalist Rajabaxi H.V. had to spend the night in police custody after they surrendered before a court on Tuesday over the poem. They were granted bail on Wednesday.

At Koppal in north Karnataka, Bisaralli had recited his poem at a state-sponsored cultural festival on January 9, which was inaugurated by chief minister B.S. Yediyurappa. The chief minister and other ministers had left by the time the poem was recited. Rajabaxi, the editor of kannadanet.com, had uploaded the video of the recital on social media on January 14.

The BJP Yuva Morcha filed a complaint with police on January 24, after which the accused could not be traced. The police filed an FIR based on the complaint and booked the poet and the journalist on the charge of making or circulating a statement that promotes hatred or ill will in society.

Soon after, a news portal, newskannada.in, uploaded the poem in 12 languages, including Kannada, English, Hindi, Konkani, Telugu, Urdu and Malayalam. Gaurilankeshnews.com, a portal run by the friends of the murdered journalist Gauri Lankesh, also uploaded the English translation, asking readers to decide for themselves whether the poem was anti-national. 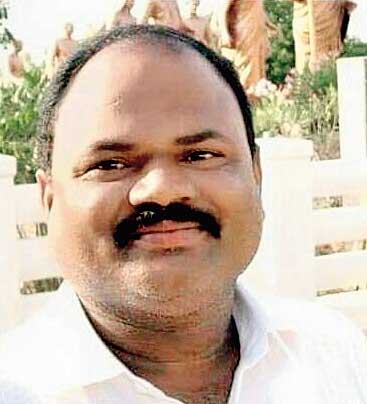 Rajabaxi HV
Sourced by the correspondent

The following are excerpts from the translated poem that was uploaded in full on Gaurilankeshnews.com:

You, asking their documents,
When will you show your papers?

Hey you, tearing the pages of history
Of those who sacrificed their lives to free the nation
Of those martyred, whose names went unknown
When will you show your papers?

….For you, who deceived the countrymen,
Duping the papers is no big a deal
But, when will you show the papers
Of humanity in you, if at all there is?

On Tuesday, aided by around 30 lawyers, the poet and the journalist surrendered before a district court in Koppal.

“The police filed a custody application in the court soon after they surrendered. While we moved interim bail pleas for both of them, the court sent them to one day’s police custody,” their lawyer R. Jagannath told The Telegraph.

On Wednesday, the court granted regular bail and ordered them to execute personal bonds of Rs 50,000 each and sureties of the same amount. “They have been ordered to go to the police station every 15 days until further orders. The next hearing will be fixed after the police submit their final report (chargesheet),” Jagannath said.

Former chief minister H.D. Kumaraswamy raised the matter in the Assembly on Wednesday and slammed the government for allowing the police to arrest people for frivolous reasons. He also read out in the Assembly a part of the poem.

“What is wrong with this poem?” Kumaraswamy asked, citing how several other poets had recited their works against politicians. “Have they all been arrested?” he asked the government.

The former chief minister mentioned how a pupil’s mother and teacher were arrested (and charged with sedition) over an anti-CAA play staged at Shaheen Primary and High School in Bidar, which also had references to Modi.

“What did that mother do? You arrested her and put her in jail for 15 days,” Kumaraswamy said. The two women have since been released on bail. “Where are we heading to? Did our ancestors get freedom for this?”

The state has seen several sedition cases since protests began after the Citizenship Act was amended.