For more than two years now, the Congress has been helmed by an ailing — and probably reluctant — Sonia Gandhi while Rahul Gandhi has bumbled and fumbled 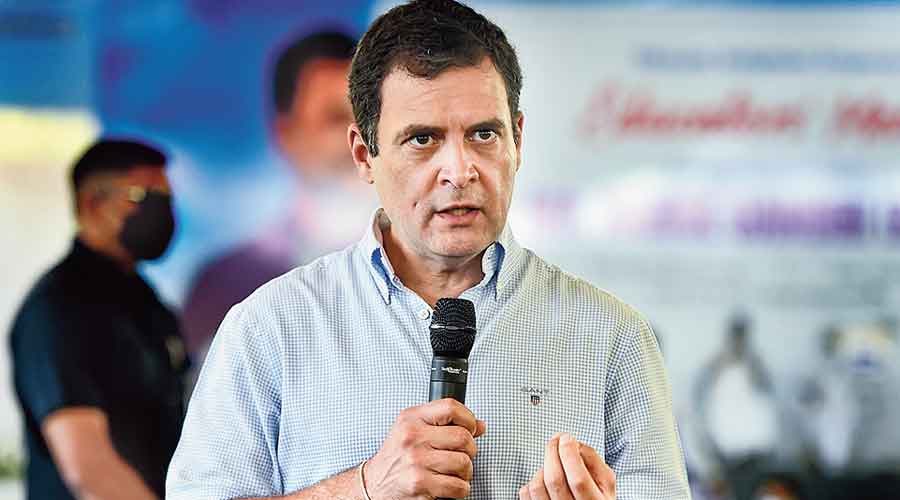 On a day that the Congress lost nearly its entire legislature group in Meghalaya, the party reacted not with concern over unabated shrinkage but with cries of unholy conspiracy against it.

That probably sums up what has brought India’s grand old party to passages that have become less and less grand; it speaks of a setup grievously in denial of its own failures and fault lines, and its refusal to effect correction.

For more than two years now, the Congress has been helmed by an ailing — and probably reluctant — Sonia Gandhi while Rahul Gandhi has bumbled and fumbled between whether he wants to remain former president of the party or is willing to give the title a future shot.

The Congress isn’t quite the state of Denmark, but something is rotten in it. The trouble is, the leadership is too high-nosed for the stink to reach it. Those that can sense it probably fall into two categories — those that are so loyal they are holding their breath, and those that are calling the stench and being labelled disloyal for it.

“It says something about what the Congress has reduced itself to, that the party of power in this country, the party that held power the longest is petulantly complaining about much small parties pecking at it,” said a senior, though disgruntled, Congressman.

“If we cannot mind our house, others will come to prey.”

He made it a point to make mention of the departure of Ahmed Patel, astute backroom player, closest aide to Sonia and probably the mover of key levers of a party going through a rather prolonged and testing transition. Since Patel’s passing, differences between the Rahul camp, party elders who continue to favour Sonia’s ways, and the bitter ginger group christened the G-23 have sharpened and spilled into the open.

The leader of an old Congress ally pointedly complained about the persisting uncertainties in the party: “The perception has set in that the party is in perpetual stagnation. This is a time for the leading Opposition to give dynamic direction; instead, it is bogged down in its own crises.”

He was referring not only to the frequent feuding between factions in the Congress-ruled states of Punjab, Rajasthan and Chhattisgarh but, in the main, to the unresolved leadership question.

Several front organisations of the Congress have again begun drumming up the demand that Rahul resume reins of the party. A schedule for organisational elections was unveiled at the party’s last working committee meeting in October, but it offered no clarity whether Rahul will even offer himself for a contest in August-September of 2022.

“Well-placed sources” in the party were only willing to go as far as to give the assurance that Rahul “would consider” the top job.

The de facto truth, though, is that Rahul is leader of the party, its chief spokesperson and campaigner and, for the better part, its chief arbiter.

If the critical issue of the formal leadership of the party — to be decided at an election whose dates remain undecided but cannot be forever put off — lies unresolved, it is also because Rahul has chosen not to resolve it.

That leaves him comfortable leeway in terms of commitments to public life and its requirements over and above the imperatives of his personal life, which, evidently, he holds too dear to sacrifice.