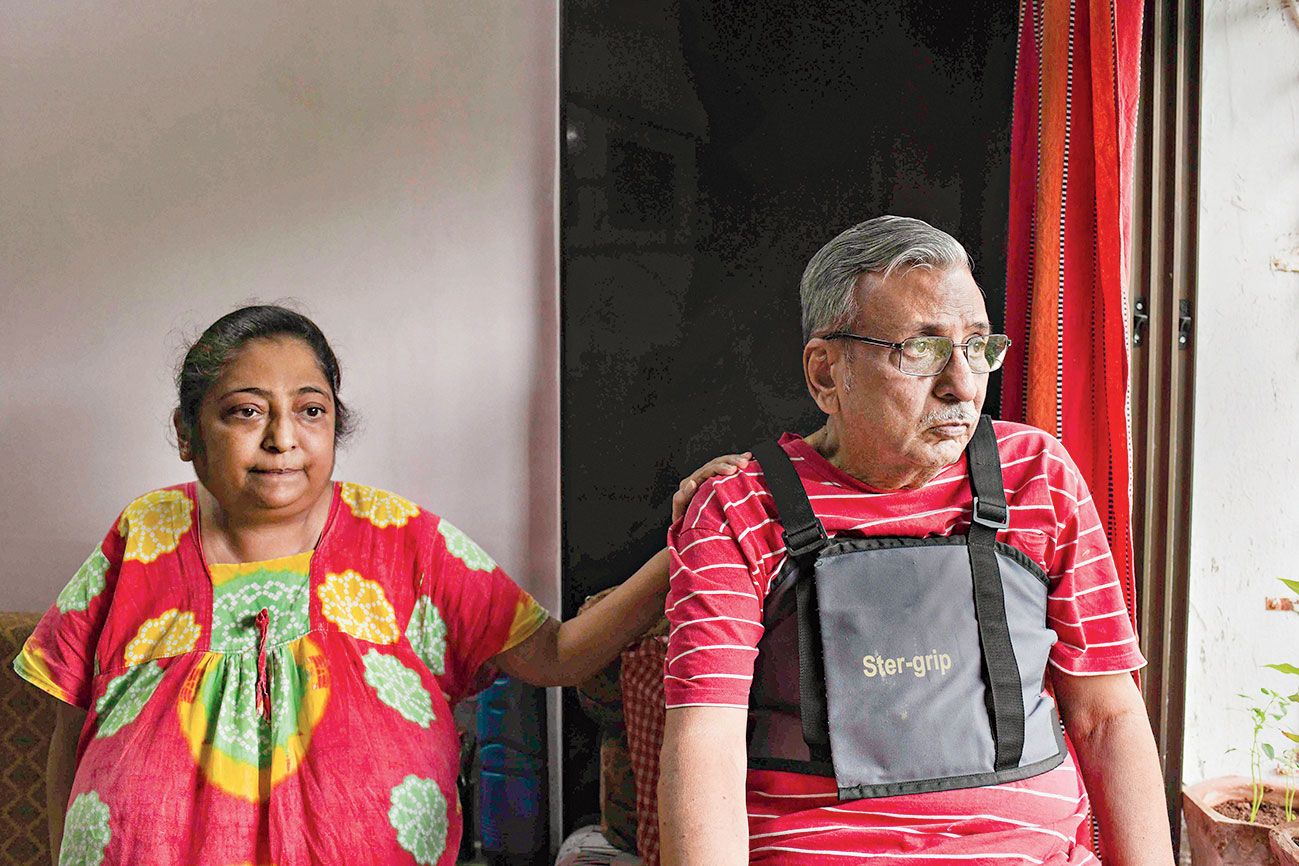 The Reserve Bank of India has clamped down on the operations of the crisis-hit Punjab and Maharashtra Cooperative Bank but, nearly a month on, depositors say their troubles have only worsened.

Some have not been able to pay the school fees of their children, while others are finding it difficult to meet medical expenses.

Many fear they might lose their lifetime earnings kept in savings accounts or in the form of fixed deposits.

M.A. Chaudhary, a businessman, said people like him were not being able to either pay salaries to employees or pay taxes and even electricity bills as cheques had bounced.

Three depositors have so far lost their lives since an alleged Rs 4,355-crore scam came to light at the Mumbai-headquartered lender.

It’s been nearly a month since curbs have been imposed on withdrawal of deposits from PMC Bank in Maharashtra. Harish Malkani (69) and his wife Rani Malkani, retired civil servants who live in Mumbai, have deposited all their savings in the bank and need the interest for daily expenses
(PTI)

The bank, established in 1984 in Sion, central Mumbai, has branches in six states but most of them are concentrated in Mumbai and Delhi.

On September 24, the bank’s managing director, Joy Thomas, had sent a text message to depositors about the RBI’s regulatory restrictions capping withdrawals up to Rs 1,000 for six months.

Thomas has since been arrested, along with the promoters of the Housing Development Infrastructure Limited (HDIL), Rakesh and Sarang Wadhawan, in an alleged fraud case.

The RBI raised the cap to Rs 10,000 and then to Rs 40,000 earlier this month following protests from accountholders.

But depositors who have deposited lakhs and, in some cases, even crores of rupees in the bank said it was too small an amount to even meet monthly expenses.

Tek Chand, a retired government employee and resident of Janakpuri, west Delhi, said his family has deposits of over Rs 18 lakh in the bank’s Tilak Nagar branch. His wife, the 71-year-old added, needs to go for dialysis sessions that cost him Rs 10,000 a month and half his monthly pension goes into it. “I am losing my patience and money with every passing day,” he said.

Anuradha Sen, 61, a resident of Malviya Nagar in south Delhi, had deposited Rs 15 lakh in the bank. “My livelihood is dependent on the interest from the deposit,” she said, adding that she was upset with the government for not doing enough to help the accountholders get back their hard-earned money. “I am annoyed. We gave them a thumping majority not to put us in this crisis,” she said.

Malviya Nagar resident Ravindra Kumar Jha, 40, an interior designer by profession, said he was struggling to pay the school fees of his two children and manage the household expenses.

Allwyn Dsouza, 100 per cent blind for the past 20 years, depends on the interest from his deposit in PMC Bank for looking after himself and his 85-year-old mother Tresea (right)
(PTI)

Jha, who complained that he had developed blood pressure problems after the alleged irregularities in the bank surfaced, said he had Rs 32 lakh in his account but couldn’t access the money.

“I have two school-going kids. I need to manage their fees and household expenses. Recently, I met with an accident and I have not recovered yet. I never had a blood pressure problem but now, with each passing day, it is becoming difficult to survive in Delhi. Sometimes I feel like committing suicide,” he said.

“I had planned to start a new business this Navratri. Unfortunately, I deposited the surplus cash of Rs 4 lakh that I had kept for emergency.”

Chaudhary, the businessman, said he had deposits of Rs 35 lakh in a savings account and Rs 16 lakh in his current account but was not being able to access the money. “A PMC Bank cheque issued to pay electricity bills bounced because no one would process it. I don’t have money even to pay my quarterly GST.”

For some depositors, the crisis has shattered their trust in the banking system. Gurjyot Singh Keer, 25, was eight when he first opened an account in the bank’s Mulund west branch in northwest Mumbai under the Baal Bachat Yojana. The lender has been central to the Keers and the family members have deposits of over Rs 3 crore.

“I was in awe of the bank since my childhood. Our family always believed in cash and I fought with them saying depositing money in banks is good. Today, I am fighting for the same money stuck in the bank,” Keer, who runs a coaching institute, said.

There has been a domino effect, he added, explaining that the whole “circle of money” had stopped.

Students from the Mulund area, where many families have accounts in the bank, cannot pay their fees, Keer said, while he himself has not been able to pay the teachers.