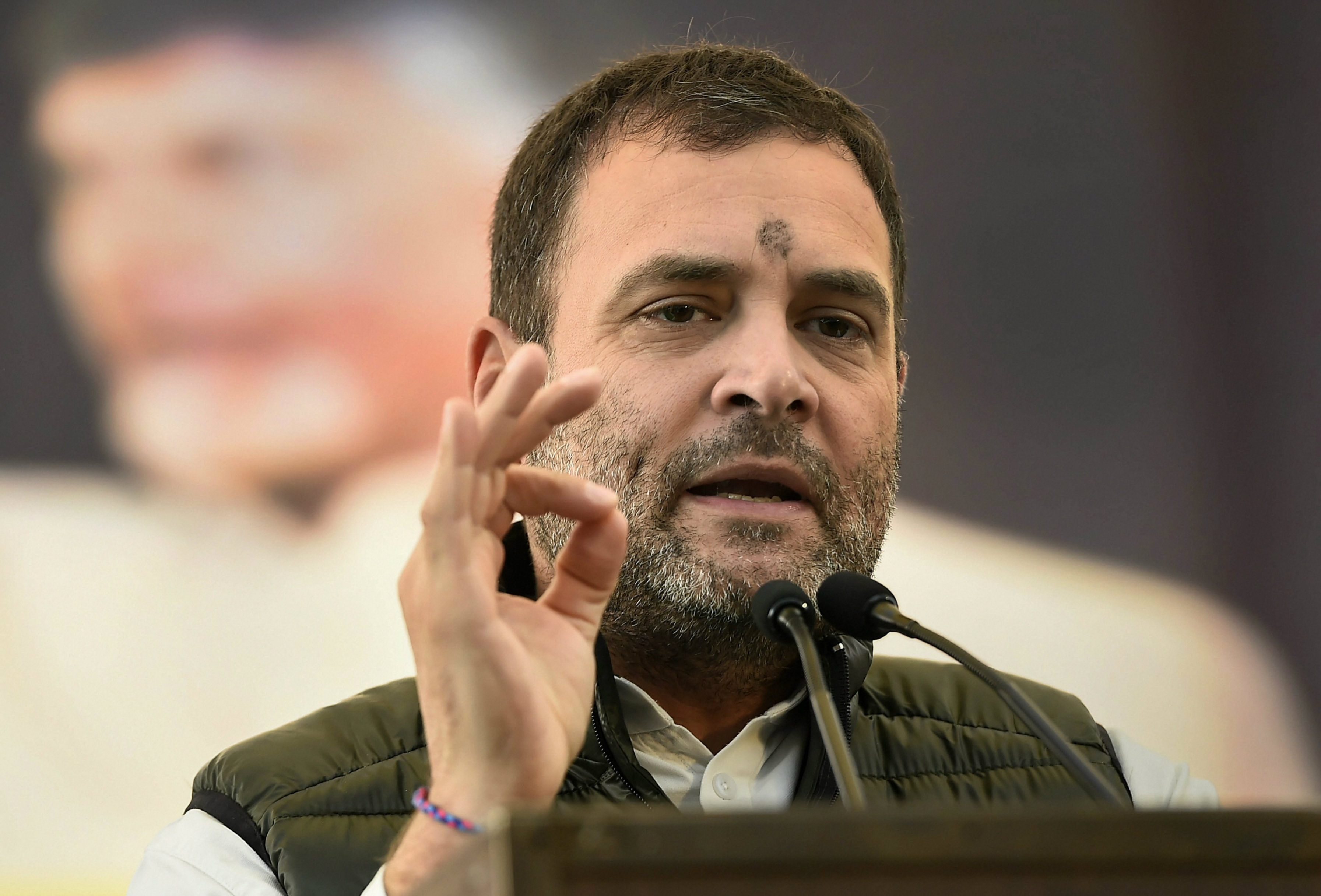 The Congress on Monday cited a media report, claiming that the government waived anti-corruption clauses in the Rafale deal, to call for a probe into 'who paid whom', with party chief Rahul Gandhi alleging that Prime Minister Narendra Modi 'opened the door' to allow industrialist Anil Ambani to 'steal' Rs 30,000 crore from the air force.

The all-out attack on the government came after a report in The Hindu newspaper claimed the Rafale deal between India and France involved 'major and unprecedented' concessions from the Modi dispensation, with critical provisions for anti-corruption penalties and making payments through an escrow account dropped days before the signing of the inter-governmental agreement (IGA).

'NoMo anti corruption clause. The Chowkidar himself opened the door to allow Anil Ambani to steal 30,000 Cr. from the IAF (sic),' Gandhi tweeted, tagging the report.

The government, as well as Ambani, whose company is the offset partner under the deal, have strongly refuted allegations of any wrongdoing in the fighter jet agreement with France.

Last week, the Congress president had demanded answers to questions raised by another report in the newspaper that the PMO conducted parallel negotiations on the Rafale deal.

Repeating the 'chowkidar' epithet, he ramped up his attack on the Prime Minister and said it was 'crystal clear' that the 'watchman' is the 'thief'.

Speaking at Andhra Pradesh chief minister N. Chandrababu Naidu's day-long fast at the Andhra Bhavan in New Delhi, he alleged that Modi had 'stolen' from the people of the state and given the money to industrialist Ambani.

Later, Congress spokesperson Manish Tewari, at a press conference, said the Congress wants to raise the fundamental question why the BJP-led NDA government waived the anti-corruption clauses in the Rafale deal.

The answer is very simple because there has been corruption in the deal, he said.

Tewari said the implications of the action of alleged waiving of the anti-corruption clauses in the deal meant that the French, especially the suppliers — Dassault and missile-maker MBDA — were indemnified.

'Essentially, what it means is that those who essentially paid, through whom the transactions were routed, and the end beneficiaries, get fully indemnified.... Government doesn't have the legal locus to cancel the contract,' he claimed.

Dassault and MBDA were in the 'driver's seat' in the Rafale deal negotiations and not the Government of India, he alleged.

'One thing is emerging clearly, which requires investigation, which requires a joint parliamentary committee (probe), that somebody has paid somebody in the fighter Rafale procurement,' Tewari said.

'We would again like to emphasise that if these very, very overt acts of malfeasance... if the Comptroller and Auditor General (CAG) report ignores it, because we believe that the CAG report is being tabled tomorrow, then that report will not be worth the paper it is written on,' he said.

Modi a ‘thief’. No other word will do: Rahul

On August 24, 2016, the Cabinet Committee on Security approved the inter-governmental agreement, while in September, 2016, the defence acquisition council overrode the cabinet committee on security and amended eight vital clauses of the fighter jet deal, Tewari alleged.

'The moot question is what happened between August 24, 2016, and September 23, 2016, what transpired in those 30 days. Who paid whom in those 30 days that led to the dropping of the anti-corruption clauses from the Rafale agreement?' he asked.

'First, it was the loading of the India Specific Enhancement costs on 36 aircraft, instead of 126 aircraft, giving a bonanza to Dassault. Then it was the revelation that 'parallel negotiations' were being carried on by PMO undermining the efforts of the Indian Negotiating Team,' he said in a series of tweets.


No penalty clause for undue influence, no clause against agency commission, no clause for access to suppliers' accounts, and Dassault goes laughing all the way to the bank.
- P. Chidambaram


Now, it has been revealed that crucial changes were made to the clauses in the standard Defence Procurement Procedure, he said.

Lashing out at the Modi government, he said, 'No penalty clause for undue influence, no clause against agency commission, no clause for access to suppliers' accounts, and Dassault goes laughing all the way to the bank.'

Citing the media report, Congress's chief spokesperson Randeep Surjewala said: 'Modiji, after waiving off sovereign guarantee in Rafale deal, you also waived off the 'anti-corruption measure' of a 'safeguard Escrow A/c'! What is the corruption you wanted to hide?'

The whole country is abuzz that 'chowkidar chor hai', he said.