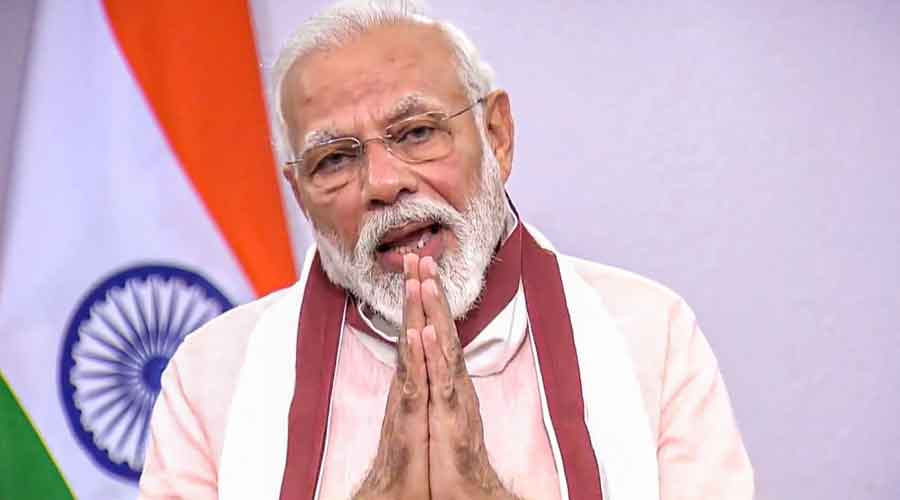 The Prime Minister’s Office has told Delhi High Court that the PM CARES Fund is not a Government of India fund but a charitable trust whose collections do not go to the Consolidated Fund of India and that it does not come under the purview of the Right to Information Act.

The Narendra Modi government has also dismissed as “irrelevant” a petitioner’s appeal that the Centre make it clear whether the fund comes under the ambit of the definition of “State” as mentioned in Article 12 of the Constitution.

If the PM CARES Fund is not part of the “State”, it would mean that the government is not liable to make public any information related to it under the RTI Act.

Not including PM CARES under the Consolidated Fund of India, which is audited by the Comptroller and Auditor General of India and into which all government receipts flow, would free the government of the need to seek Parliament’s permission to make payments from it or be answerable for its strictest sanctity.

The PM CARES Fund has been set up to tackle the Covid crisis.

In an affidavit filed by the undersecretary at the PMO, Pradeep Kumar Srivastava, before the bench of Chief Justice D.N. Patel and Justice Amit Bansal, the PMO said: “It is reiterated that the Trust’s fund is not a fund of the Government of India and the amount does not go in the Consolidated Fund of India.

“In view of the submissions made hereinabove, it is respectfully prayed that this Hon’ble Court may be pleased to dismiss the present petition. The answering respondent prays accordingly.”

The PMO has sought the dismissal of a petition filed last year by social activist Samyak Gangwal seeking a direction to the PMO to disclose whether the PM CARES Fund is a government fund, if it falls under the definition of “State” and whether the RTI Act applies to it.

The PMO affidavit by Srivastava said: “I submit that I am discharging my functions in the PM CARES Trust on honorary basis which is a charitable Trust not created by or under the Constitution of India or by any law made by the Parliament or by any state legislature. Despite being an officer of the Central Government, I am permitted to discharge my functions in PM CARES Trust on honorary basis.

“…The prayers made in (the petition)… is not maintainable for the purpose of the Right to Information Act in general and Section 2(h) in particular which is irrelevant whether an authority, body or institution is a ‘State’ within the meaning of Article 12 of the Constitution of India.”

Section 2(h) defines a public authority. The PMO questioned the locus of the petitioner.

“When the petitioner is claiming to be a public-spirited person and seeking to pray for various reliefs only for transparency, it does not matter whether PM CARES is a ‘State’ within the meaning of Article 12 of the Constitution of India,” the affidavit stated.

The PMO said transparency was maintained, and the fund was audited and the details uploaded for public viewing.

“The Trust functions with transparency and its funds are audited by an auditor who is a chartered accountant drawn from the panel prepared by the Comptroller and Auditor General of India. To ensure transparency, the audited report is put on the official website of the Trust along with the details of utilisation of funds received by the Trust,” the affidavit said.

However, the PMO said, “All donations received by the Trust are received via online payments, cheques and/ or demand drafts and the amount so received is audited with the audited report and the expenditure of Trust fund displayed on the website.”

On August 16 last year the Supreme Court had dismissed a PIL filed by the NGO Centre for Public Interest Litigation (CPIL) questioning the legal validity of the PM CARES Trust on the ground that it was not subject to audits by the CAG or answerable to citizens’ queries under the RTI Act.

While upholding the validity of the fund, the apex court had ruled that the mere fact that the administration of the trust was vested in trustees like the Prime Minister and his cabinet colleagues would not take away the public character of the trust.

The court also said the PM CARES Fund was a charitable trust that did not receive any budgetary support or government money.

The Modi government’s submission in Delhi High Court has resurrected the questions raised about the fund when it was launched in the fag end of March 2020.

This is not the first time the Centre has claimed that PM CARES is not a government of India fund. This has been the government’s stock response to efforts to bring the fund under the ambit of the RTI Act.

Many of the questions floating on social media stemmed from this reluctance on the part of the government to subject the fund to scrutiny under the RTI law, particularly in view of its assertions on transparency and accountability.

Some of the questions raised after the PMO affidavit became public on Thursday included how a non-government entity had been allowed to use the government’s emblem, why Indian diplomatic missions across the world had been asked to seek donations for the fund, and why it was made eligible for corporate social responsibility donations. CSR donations can’t be made to the chief ministers’ relief funds.

As a result of the push given by the government to the PM CARES Fund, the state governments, which did much of the heavy lifting relating to providing health facilities during the pandemic and bore the additional cost of providing free rations during the lockdown, and NGOs have been having trouble getting donations. More so, because there has been a general tightening of purses.

In refusing to put the PM CARES Fund under RTI scrutiny and CAG audit, the Modi government has essentially borrowed the provisions of the Prime Minister’s National Relief Fund, set up in 1948. The government is yet to give a satisfactory reply to the question why a separate fund was needed when India already had the PMNRF for all such exigencies.