The litigation also seeks compensation for the families 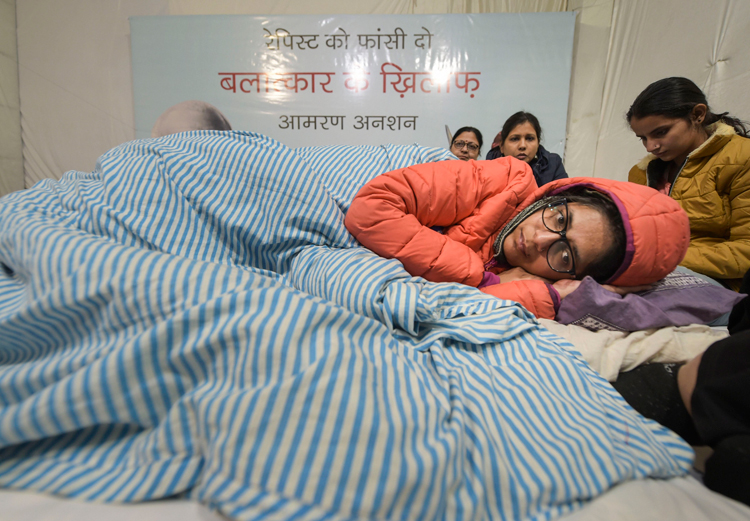 A PIL was filed on Saturday in the Supreme Court seeking an SIT probe, monitored by former apex court judges, into the killing of four persons arrested on charge of gang-rape and murder of a veterinarian in Telangana by police in an alleged encounter and compensation for their families.

The public interest litigation (PIL), filed by advocate M.L. Sharma, termed it “extra-judicial killings” and sought prosecution of policemen involved in the incident.

“The incident is a clear violation of Article 21 (right to life and fair trial) of the Constitution of India. A persons is innocent till guilt is proved. However, in the present case, four persons have been declared guilty of gang-rape without any trial...” the plea said.

It’s a killing in police custody and “therefore all the police officers involved” must be arrested and prosecuted in accordance with law after an SIT probe by the CBI, Sharma said in the petition.

Besides seeking court-monitored SIT probe, the PIL also seeks action against Samajwadi Party lawmaker and Bollywood actress Jaya Bachhan and the chairperson of Delhi Commission for Women, Swati Maliwal, for alleged “provocation” and “pressuring police for extrajudicial killing of arrested persons in police custody without trial.”

The plea, which may come up for hearing next week, also seeks compensation of Rs 20 lakh each to the families of the four accused killed in the pre-dawn police encounter on Friday. Telangana police said that the accused were killed in an exchange of fire with the police during the morning hours.

The incident took place around 6.30am when the accused were taken to the site of offence for the reconstruction of the scene of the crime as part of the investigation, a senior police officer had told PTI.

“They (accused) snatched weapons from police and fired on police and tried to escape... the police fired in retaliation in which the four accused died,” the police officer had said.

The four accused were shot dead on NH-44 near Hyderabad — the same highway where the charred body of 26-year-old was veterinarian found.