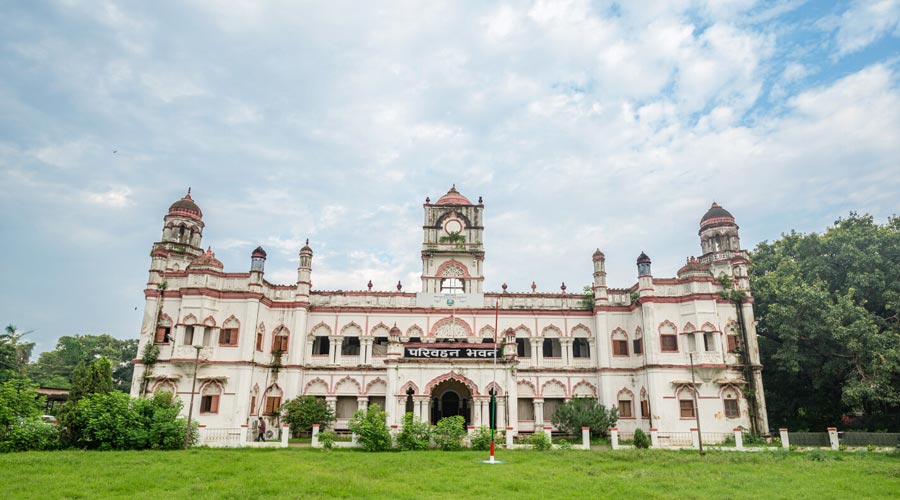 Enthused by a stay granted on the proposed demolition of the 100-year-old Sultan Palace in Patna, a large number of netizens on Tuesday rallied on Twitter in support of preservation of the iconic landmark as a tourist attraction.

From Patna to Kolkata, citizens posted images of the palace and shared their tweets on World Tourism Day, all with a common '#LongLiveSultanPalace'.

The call to welcome the stay granted by the Patna High Court few days ago, and the appeal to restore and develop the 1922-built palace was given by a few citizens and heritage groups, and soon people from various parts of India and even Indians living abroad joined in the Twitter campaign.

Former Union minister Shakeel Ahmad, who hails from Bihar, was among the first to tweet in support of preservation of the palace built by legendary barrister Sir Sultan Ahmed.

"Built in 1922, Sultan Palace, Patna is an iconic building and a delight for heritage lovers. Would request @NitishKumar Ji and @yadavtejashwi Ji to #SaveSultanPalace and reconsider the stand of Bihar government in Patna High Court," he tweeted and shared pictures of the palace.

Many user shared a very old monochrome image of Sir Sultan Ahmed and his family seen against the backdrop of his palace in their tweet, while some used recently taken photographs of the landmark.

Many others used a collage showing the timelines beauty of the palace.

Several of them asked "how can even somebody think of destroying such a beautiful building".

Some netizens even made a meme on it, inspired from the viral "Panchayat" series theme. One such meme carried the line, "Dekh raha hai na Binod, voiced being continuously raised but government not listening to them" and the hashtag #LongLiveSultanPalace.

Satyam, a Twitter user from a small town in Ara in Bihar, tweeted: "Sultan Palace is pride of Patna and veritable heritage of India. On World Tourism Day, we appeal to govt to roll back the decision to demolish it n convert it into a heritage hotel.

Another user @JagrookBihari tweeted that the government should preserve the building instead of demolishing it.

The Bihar government in mid-June had announced its decision to demolish the historic palace located in the heart of Patna to build a five-star hotel, sparking public outcry from several historians, conservationists, architects and ordinary citizens.

Members of the Indian diaspora community living in the UK, Canada, the UAE, among other countries also joined in tweeting for saving Sultan Palace.

"I've always admired how #UAE celebrates their heritage at every opportunity. They preserved their historic home 'Bait Mohammed bin Khalifa' built in 1958 unlike my native place, #Patna, where the government set to demolish a century old 'Sultan Palace'. #longlivesultanpalace," tweeted Abu Dhabi-based Dr Zareen Fatima, who hails from Bihar.

In a series of tweets, Winnipeg city-resident Bashshar Habibullah, whose home town is in Patna, expressed his agony over the demolition of Patna Collectorate, Anjuman Islamia Hall and several other heritage buildings in Patna in the last few years.

"The city of Canada where I live, has a (modern) history span, ranging a few centuries, but still you can see hundreds of buildings of that era, and one is our Patna, where every year almost, some old building is being demolished. Very sad. #LongLiveSultanPalace," he tweeted in Hindi.