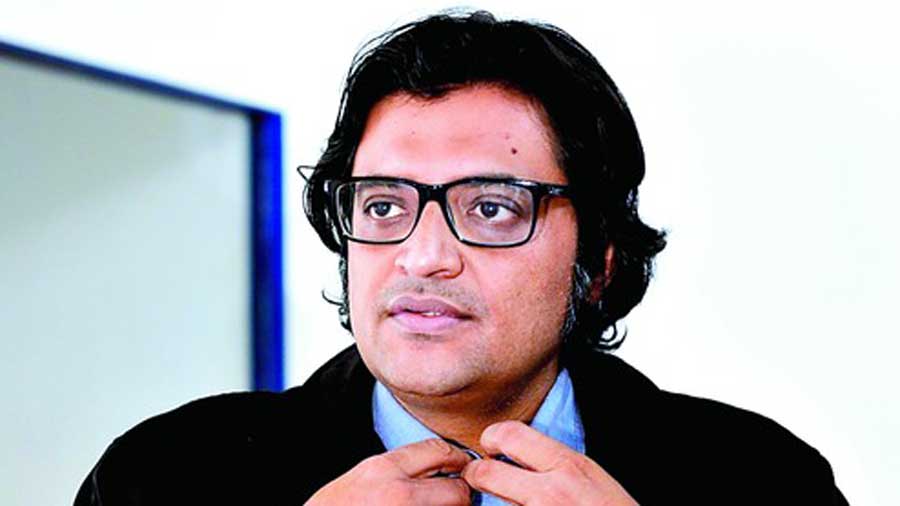 If the Narendra Modi government was hoping to brush under the carpet the grave questions kicked up by leaked WhatsApp chats a week ago, the Congress Working Committee (CWC) on Friday chose to play spoilsport.

The CWC demanded a time-bound investigation by a joint parliamentary committee (JPC) to punish the “treasonous behaviour” of those “exposed” by the purported chats between Republic TV managing director Arnab Goswami and the then BARC chief Partho Dasgupta.

The CWC passed a resolution condemning the silence of Prime Minister Narendra Modi and others in the government.

Their silence is proof of their collusion, complicity and guilt, the Congress said, adding that people in the highest echelons of the government were involved.

Listing the areas of concern, the CWC resolution said: “It is clear that among those involved are persons in the highest echelons of the government and there has been a breach of secrecy concerning vital and sensitive military operations. The revelations also point to inexcusable and deliberate subversion of government structures, scandalous and extraneous influence over government policies, and a vicious attack on the independence of the judiciary.”

The CWC sought the JPC inquiry into the “breach of national security, violations of the Official Secrets Act and the role of the persons involved”.

Congress president Sonia Gandhi set the tone at the meeting by saying: “Very recently there have been very disturbing reports on how national security has been so thoroughly compromised. (Former defence minister) A.K. Antony had said that leaking of official secrets of military operations is treason. Yet the silence from the government’s side on what has been revealed has been deafening. Those who give certificates of patriotism and nationalism to others now stand totally exposed.”

Sonia also expressed shock at the government’s “insensitivity and arrogance” on the farmers’ movement, demanding immediate repeal of the three laws in place of the charade of consultations.

“It is abundantly clear that the three laws were prepared in haste and Parliament was consciously denied an opportunity to examine in any meaningful detail their implications and impact. Our position has been very clear from the very beginning: we reject them categorically because they will destroy the foundations of food security that are based on the three pillars of MSP, public procurement and PDS.”

The CWC adopted a separate resolution on the subject, saying: “Crores of farmers are fighting a decisive battle to save their farms and fields against a diabolical onslaught by the Modi government determined to sacrifice their interests at the altar of a handful of crony industrialist friends.

“Lakhs of farmers have been forced to sit on Delhi’s borders in bone-chilling cold, hailstorms and rains. According to the farmers’ organisations, 147 farmers have lost their lives. The Prime Minister and an arrogant BJP government refuse to feel their agony and anguish or listen to their cry for justice.”

The resolution added: “Across the country, farmers and farm labourers have been protesting, taking out rallies, holding hunger strikes, conducting tractor yatras and extensive demonstrations, yet a tyrannical government continues to sidestep, malign, deceive and hoodwink them by attempting to tire out, intimidate and divide the farmers.”

The CWC also adopted a resolution on the coronavirus inoculation process, expressing concern at the “complete lack of clarity about availability of the vaccine”, particularly for the underprivileged, disadvantaged and marginalised sections such as the Scheduled Castes, Scheduled Tribes and Other Backward Classes and the poor who should get it free.