A day before the session begins, Speaker Om Birla chaired a meeting of the business advisory committee (BAC) of the lower house 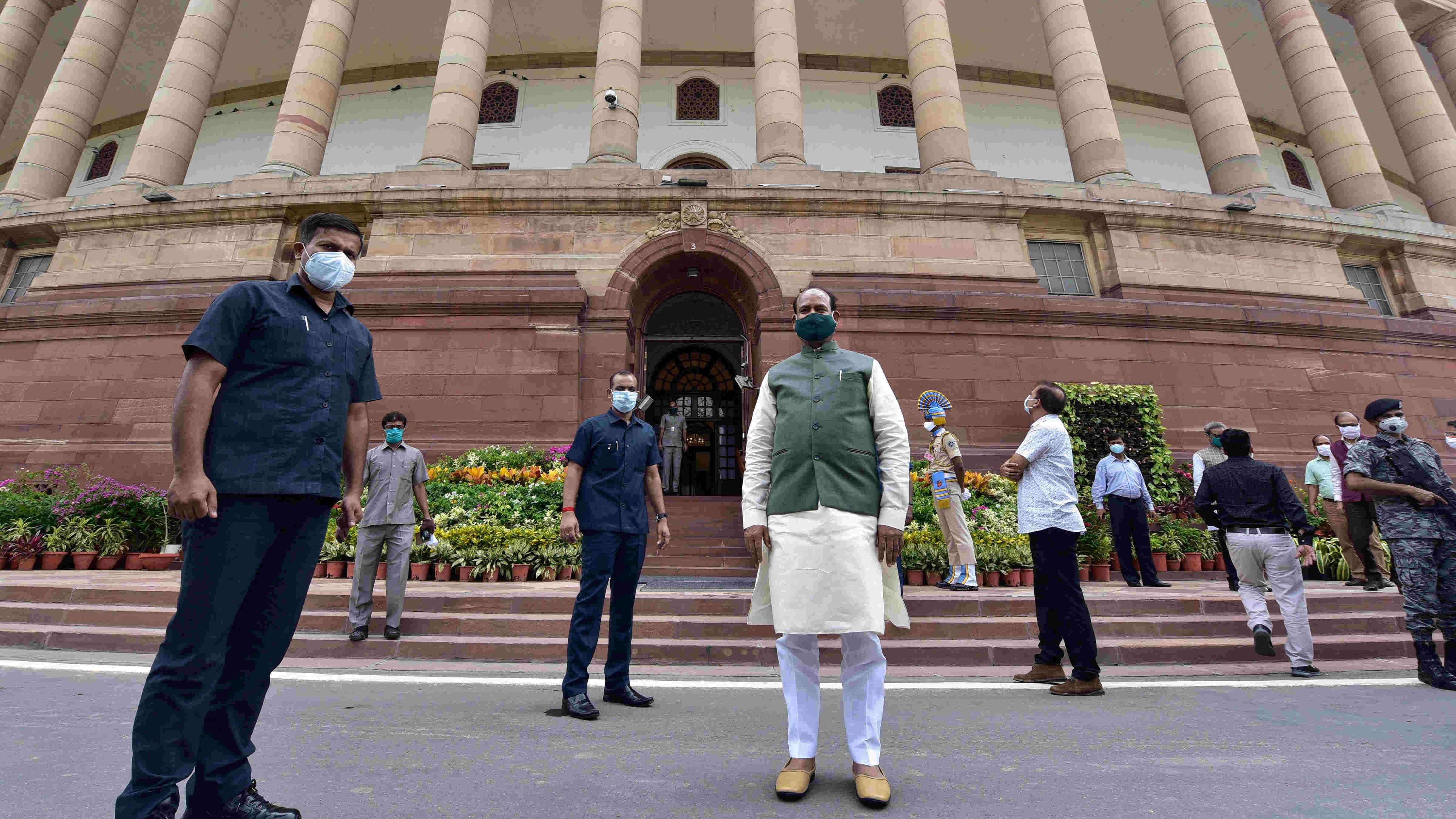 Opposition parties have sought a discussion in Lok Sabha on the issues of economic slowdown, unemployment and standoff between Indian and Chinese forces during a meeting of floor leaders of the House on Sunday to discuss the agenda for the Monsoon session, DMK leader TR Baalu said.

A day before the session begins, Lok Sabha Speaker Om Birla chaired the meeting of the business advisory committee (BAC) of the lower house.

'Opposition leaders have sought discussions on the standoff between India and China at the LAC, unemployment and economic slowdown," Baalu said.

The DMK leader said he has also sought a discussion on issues such as revising the creamy layer for OBC and non-payment of states' share of revenue collected under GST.

Birla told reporters after the meeting that the leaders of all parties have assured their support for the smooth functioning of the House.

He expressed the hope that Lok Sabha will transact good business.

Joshi said the government is ready for discussion on all issues which will be decided in the BAC.

He said floor leaders will again meet on Tuesday to deliberate upon the agenda for the parliament session.

Asked whether the government is ready for a discussion on the standoff between India and China at the Line of Actual Control (LAC), Joshi said it will be decided while keeping in mind national security and the country's strategic interests.

According to sources, Lok Sabha will be adjourned briefly on Monday as a mark of respect to former president Pranab Mukherjee and a sitting MP who died recently.

Following this, sources said, the House may discuss two bills which have already been passed by the Rajya Sabha. A discussion on the Covid-19 pandemic can start on Tuesday.

Congress leader Jairam Ramesh also said on Sunday that his party wants a discussion in Lok Sabha and Rajya Sabha on the situation at the border with China and the state of the economy.

He also mentioned closure of businesses and the state of the MSME industry, the handling of the Covid-19 pandemic and other issues like airport privatisation, and the draft EIA notification.

"We hope the Opposition would get an opportunity to speak and serious national issues would be discussed. We expect the prime minister to be present in Lok Sabha and Rajya Sabha and give a reply to the questions raised by us," he said at a virtual press conference.