A total of 346 kg of heroin worth Rs 1,930 crore has been seized and 44 Pakistani and seven Iranian crew have been apprehended in the last 18 months, as per the release 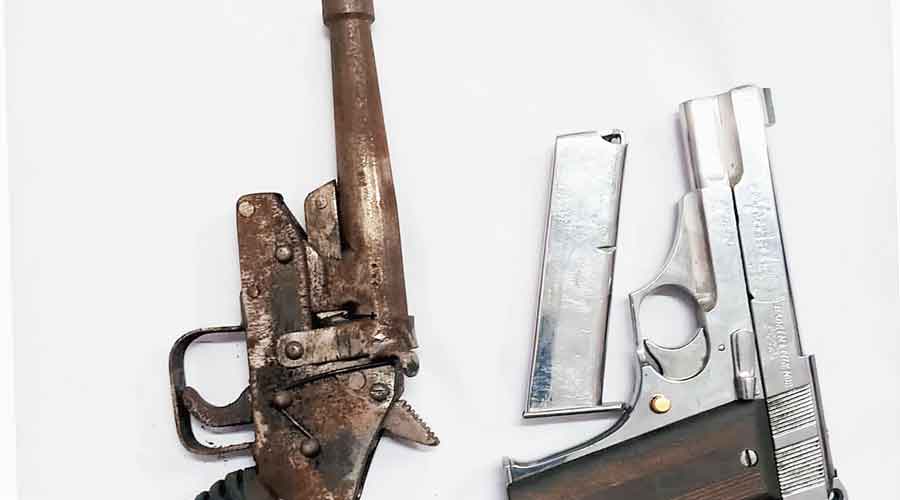 A Pakistani boat with 10 crew members carrying arms, ammunition and 40 kg of narcotics worth Rs 300 crore was intercepted off the Gujarat coast in the early hours of Monday, the Indian Coast Guard (ICG) said.

Based on specific inputs shared by the Gujarat Anti-Terrorist Squad, the Coast Guard deployed its fast patrol ship 'ICGS Arinjay' for patrolling in the area close to the International Maritime Border Line (IMBL) on the intervening night of December 25 and 26, the ICG said in a release.

In the early hours of the day, the Pakistani fishing boat 'Al Soheli' was observed moving suspiciously in Indian waters. On being challenged by the ICG ship, the boat started evasive manoeuvring and did not stop even after firing warning shots, it said.

The Coast Guard eventually managed to intercept and stop the boat.

As per the release, arms, ammunition and nearly 40 kg of narcotics worth Rs 300 crore were found on the boat. The 10 crew members and boat are being brought to Okha port for further investigation.

This is the seventh joint operation by the ICG and Gujarat ATS in the last 18 months, and the first apprehension wherein arms and ammunition along with drugs were recovered.

A total of 346 kg of heroin worth Rs 1,930 crore has been seized and 44 Pakistani and seven Iranian crew have been apprehended in the last 18 months, the release said.