A senior official said the Qaeda statement is still being analysed, but it is a serious cause for concern for India 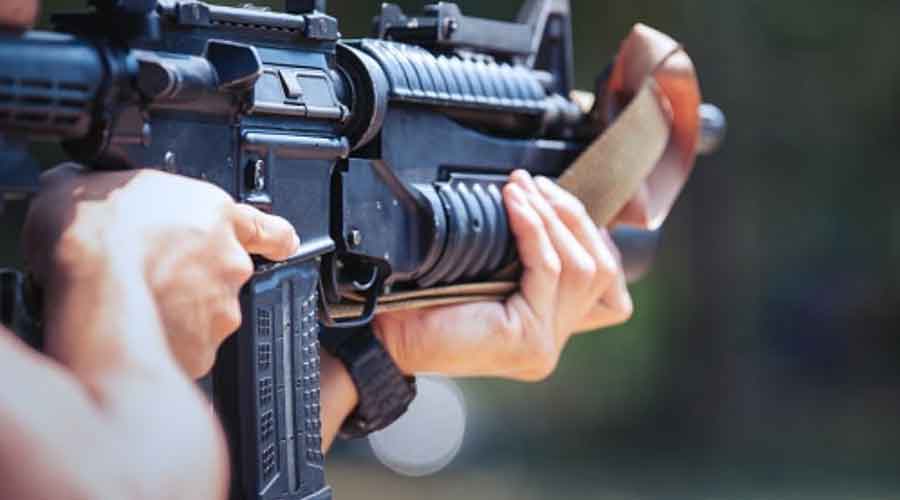 The Taliban, ousted from power in its first stint by the US after the 9/11 attacks, insists it will not let Afghanistan fall into the hands of terrorists.
Shutterstock
Our Bureau And Agencies   |   New Delhi   |   Published 02.09.21, 10:10 PM

After the last American soldier left Afghanistan on August 31 midnight, the terror outfit Al Qaeda released a statement in which it called for “global jihad” to liberate “Islamic lands”, and mentioned Kashmir. The inclusion of Kashmir and omission of Chechnya and Xinjiang exposes the hand of Pakistan in Qaeda’s ominous statement, government sources told NDTV on Thursday.

“The Qaeda statement talking about transnational jihad is a cause for concern. It is intriguing that Kashmir was included in the statement as it was never on the agenda of the Taliban earlier. The Pakistan ISI is behind this statement of Qaeda,” officials told NDTV. The statement will embolden Pakistan-based terror outfits like Lashkar-e-Taiba and Jaish-e-Mohammad in attacks in India, government sources said.

A senior government official said the Qaeda statement is still being analysed, but it is a serious cause for concern for India. “Al Qaeda is trying to radicalise Muslims in the world - it is dangerous for humanity. Pakistan is pushing ahead its agenda,” he said.

Pakistan, said the official, had shown its hand in hosting and controlling Ayman Al Zawahiri as the head of Al Qaeda.

Interestingly, even Taliban's Supreme Commander Haibatullah Akhundzada is reportedly in the custody of Pakistan's intelligence ISI.

The omission of Chechnya in Russia and China's Xinjiang among targets of "liberation" through jihad is significant and telling. The Qaeda statement said: "Liberate the Levant, Somalia, Yemen, Kashmir and the rest of the Islamic lands from the clutches of the enemies of Islam. O' Allah! Grant freedom to Muslim prisoners across the world."

Another aspect being studied by the government is the presence of the families of most Al Qaeda sympathisers and terrorists in Iran. There are indications that many of them will return to Afghanistan now. "Though it's a Shia-dominated country, history has shown that as far as tactical advantages are concerned, both Shia and Sunni can work, if not together, then at least not against each other," an officer explained.

With the Taliban claiming to the world that it will be different this time round, India is watching how the assurances play out.

In meetings in Delhi and Kashmir, the fallout of the Afghanistan developments on the Valley has been discussed threadbare. Special attention is on growing instances of infiltration and launch pads being reactivated along the Line of Control. Sources say chatter being intercepted by agencies indicates that abandoned launch pads across the LoC have been reactivated.

Even though the Taliban never showed clear interest in Kashmir and has been reassuring the world that it has changed its tactics, the fact is that it has allowed many terror groups, including the Harkat-ul Ansar - an amalgamation of Harkat-ul-Mujahideen and Harkat-ul-Jihad-al-Islami - to use Afghan soil for pushing terrorists into Kashmir.

Intelligence agencies say Jaish-e-Mohammed chief Maulana Masood Azhar used to run a terror camp in Khost in Afghanistan before he used the Harkat-ul-Ansar to launch jihad in Kashmir after the Soviet-Afghan war.

The Taliban, ousted from power in its first stint by the US after the 9/11 attacks, insists it will not let Afghanistan fall into the hands of terrorists.

Sources said it is worrying that in their second stint, the Taliban has armed itself with better weapons, mostly captured after the exit of US troops.

The Al Qaeda in the Indian subcontinent has been operating under the radar of security agencies. The AQIS or Qaeda's “Indian Subcontinent” unit has reportedly consolidated its presence in Afghanistan by embedding fighters in the Taliban.

“Pakistan has been using Afghan soil to launch and train terrorists, so we have to be aware of new dynamics unfolding each passing minute,” said an officer.