Following allegations of neglect by the patient’s relatives, the hospital authorities have constituted a team to look into the matter 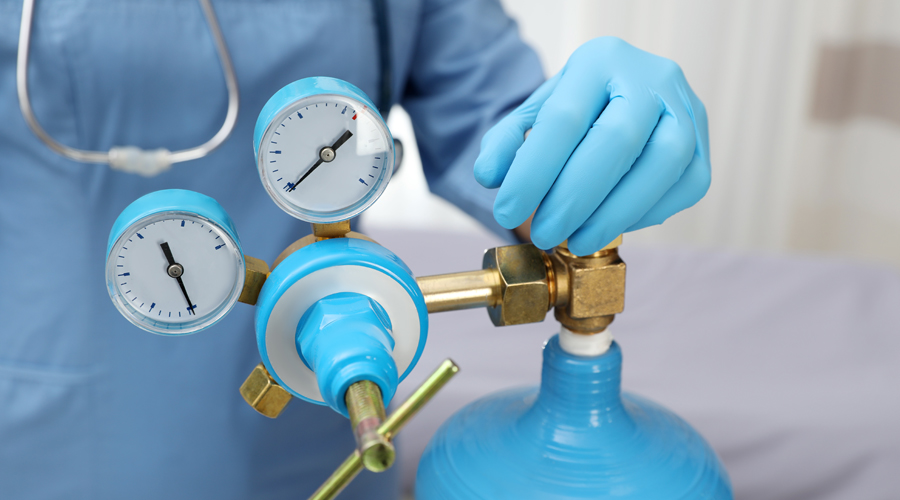 The deceased has been identified as 82-year-old Bhagabata Mohanty.
Representational picture
Our Correspondent   |   Bhubaneswar   |   Published 25.01.23, 02:44 AM

An octogenarian asthma patient died at Odisha’s premier SCB Medical College and Hospital on Tuesday because of an alleged shortage of oxygen.

Following allegations of neglect by the patient’s relatives, the hospital authorities have constituted a team to look into the matter.

The deceased has been identified as 82-year-old Bhagabata Mohanty.

He reached Cuttack around 1am on Tuesday.

“After we reached the hospital at midnight, the patient was admitted to the casualty ward and put on oxygen support.

“The patient’s condition improved and he regained consciousness in the morning,” a relative of the deceased told the media in Cuttack.

In the morning, the relative said, the casualty ward staff removed the oxygen support and shifted the patient to the medicine ward.

“We opposed the removal of the oxygen support, but they assured us that the patient would once again be provided oxygen once he is in the medicine ward.

“But after the patient reached the medicine ward, the support staff left the place saying their duty was over and the new staff would take care of it.

“When we insisted on an immediate supply of oxygen, they said there was no oxygen and that arrangements were being made for it,” the relative added.

According to the relative, the patient remained without oxygen for around one and a half hours. “By the time oxygen was arranged, the patient had died. Negligence on the part of the hospital caused his death,” the relative said.

Abinash Rout, the administrative officer of the SCB Medical College and Hospital, told the media: “We have taken up the matter following a discussion with the superintendent and head of the department of the medicine department. A committee has been constituted to look into the allegations.

“The committee will examine the whole process starting from the patient’s admission to the casualty ward to his shifting to the medicine ward. If anyone is found guilty, stringent action will be taken against him.”