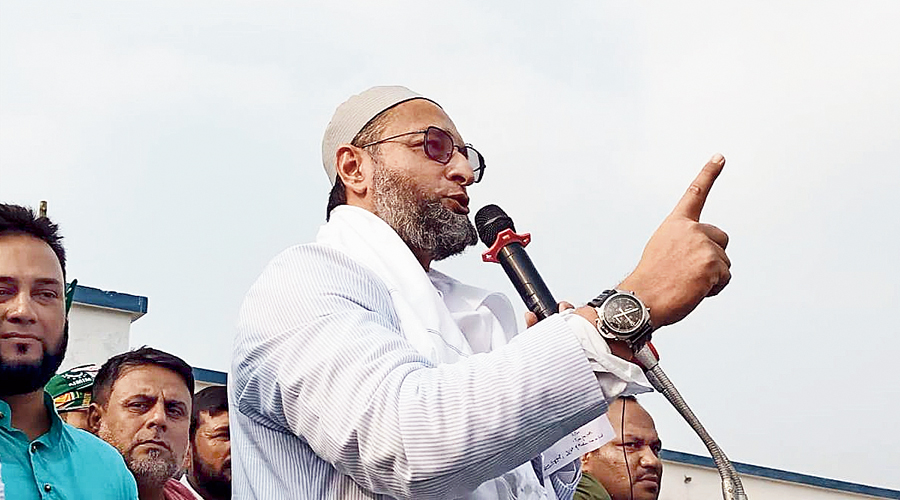 AIMIM president and Hyderabad MP Asaduddin Owaisi on Friday blamed the BJP-run municipal body in Rajasthan for the demolition of a temple in the northern state's Rajgarh town earlier this week.

The 'BJP-RSS' should apologise for 'its attacks' on all places of worship, he claimed.

"Condemnable decision by BJP-ruled Municipality Board to demolish a pracheen mandir in #Rajgarh, Rajasthan. We believe in freedom of religion for all religions, and this is a grave violation. Hope BJP-RSS apologises for its attacks on all places of worship (sic)," Owaisi tweeted.

The BJP and Congress on Friday traded charges over the demolition of two temples during an anti-encroachment drive in Alwar district's Rajgarh town this week.

The Congress is in power in Rajasthan.

While Rajasthan BJP president Satish Poonia accused the Congress of being behind the demolition, state Congress chief Govind Singh Dotasra asserted that it was the decision of the city's municipality headed by the saffron party.

Two temples and some shops were demolished earlier this week on Sunday and Monday in Rajgarh with officials describing the action as part of an anti-encroachment drive to widen a road in the municipal town.

They said the demolition was approved by the Rajgarh Nagar Palika Board.