Advertisement
Home / India / Over 50 MLAs from Gehlot camp moved to Jaisalmer in chartered flights, others to follow

Over 50 MLAs from Gehlot camp moved to Jaisalmer in chartered flights, others to follow

Union transport minister Pratap Singh said in Jaipur the MLAs are being shifted to Jaisalmer so that they remain united. 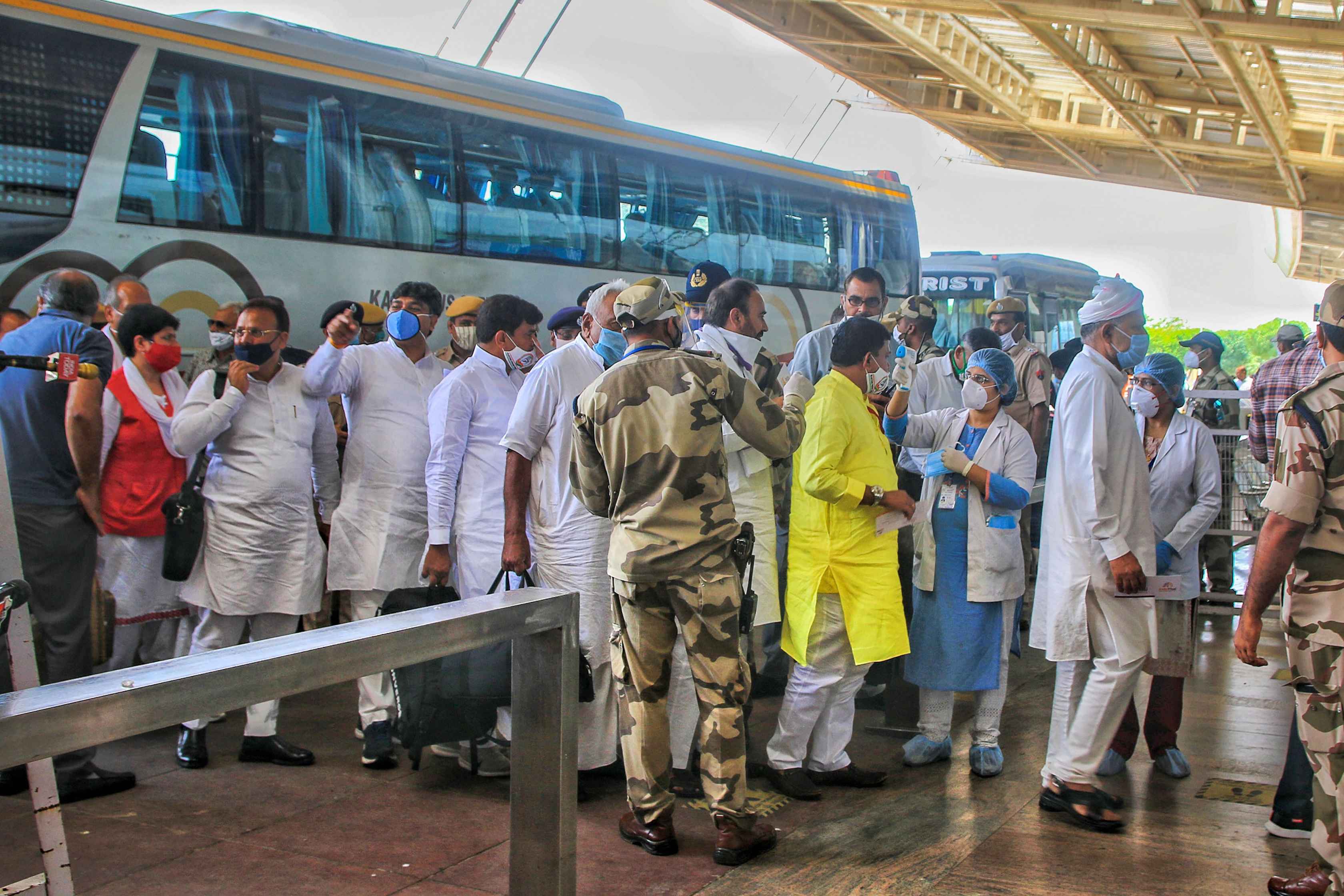 Over 50 Congress MLAs in the Ashok Gehlot fold, who were camping at a hotel on the Jaipur-Delhi Highway amid the ongoing political crisis in Rajasthan, were on Friday shifted to Jaisalmer in three chartered flights.

Union transport minister Pratap Singh said in Jaipur the MLAs are being shifted to Jaisalmer so that they remain united.

He said the chief minister's strategy is that not a single MLA is poached.

The three chartered flights carrying the MLAs took off from here and landed at Jaisalmer, a distance of more than 550 km from Jaipur by road. The MLAs were taken to hotel Suryagarh in bus and other vehicles amid tight security.

We are going to Jaisalmer for a change, Congress MLA Prashant Bairwa said at the Jaipur airport.

The remaining MLAs in the Gehlot camp are also being shifted to Jaisalmer.

The decision to move the MLAs came a day after Gehlot indicated he will seek a confidence vote when the assembly convenes on August 14 and claimed the money offered to the MLAs to switch sides had increased sharply ahead of the session.

The chief minister said the rebels who have not accepted money should return to the party.

The MLAs have been staying at the Jaipur hotel since July 13 after Sachin Pilot and 18 other Congress legislators rebelled against the government, triggering a political crisis.