The bill was passed with 99 votes in its favour, and 84 against 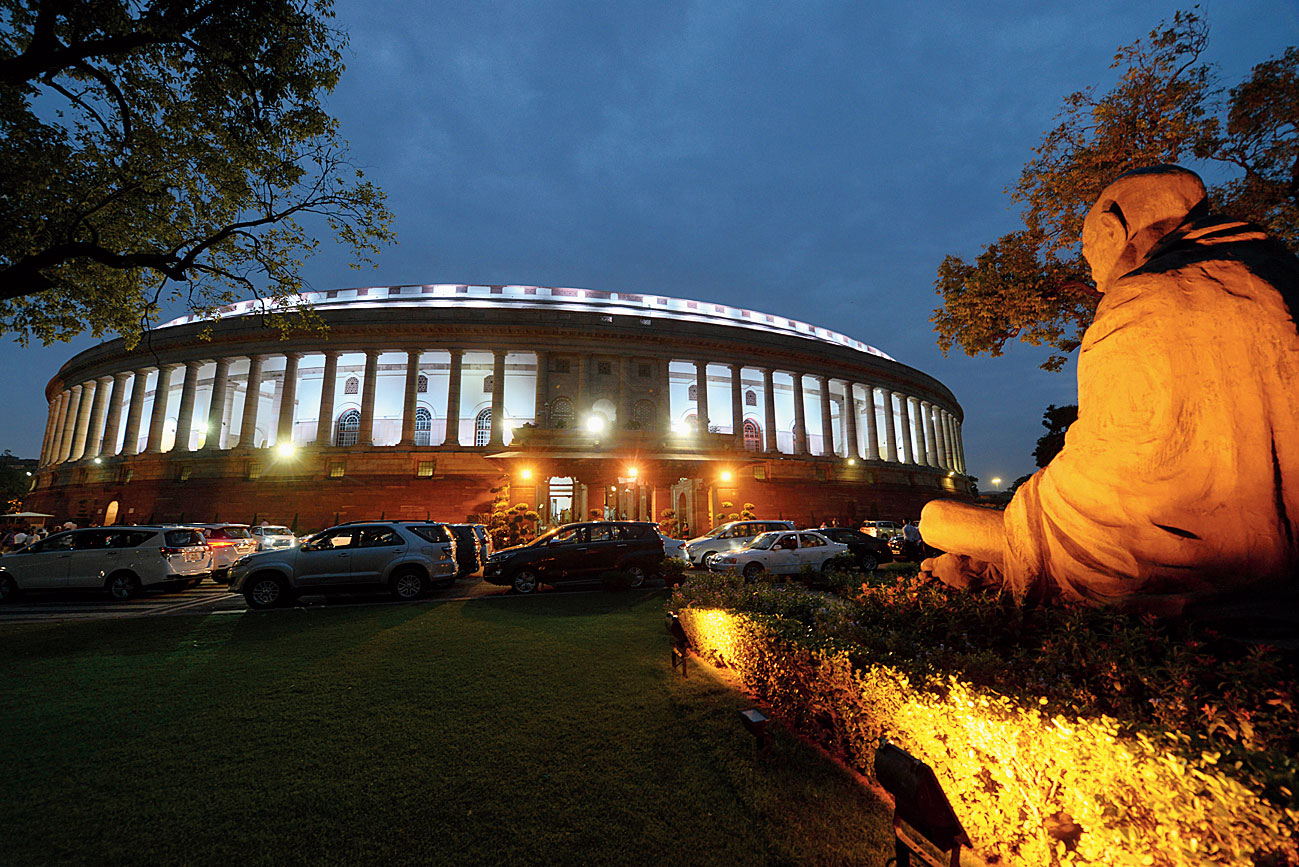 The Rajya Sabha on Tuesday cleared the contentious triple talaq bill, the BJP out-manoeuvring the Opposition even after two of its allies with 17 members together in the House — JDU and AIADMK — deserted it on the issue.

The Opposition, bruised by the defeat on the RTI Amendment Bill, had practically no floor management to show. Although there was very little support for the bill outside the parties in government, the Opposition failed to take advantage of this and keep the naysayers together — a number of parties that spoke out against the draft legislation did not vote against it or even in favour of referring it to a select committee.

At least five parties opposed to the bill abstained from voting on both counts, helping the government to have its day. The bill was passed with 99 votes in its favour, and 84 against. The notice to refer the bill to a select committee was defeated 100 to 84.

The BJP’s floor managers had worked overtime under party president Amit Shah’s watch to pull off the second win in less than a week for the government in the Rajya Sabha, where it is not as comfortably poised as it is in the Lok Sabha.

In the upper House, the NDA has 106 members, the Opposition has 102 while the rest are unattached.

The passage of the bill, hanging fire for two years, was described by the government as a “historic day” . Hopes rose within the BJP that there would be more such “historic moves” that had been withheld so far for lack of numbers in the Upper House.

While the JDU walked out at the start of the discussion and the AIADMK left midway after describing the bill as “unconstitutional and illegal”, the unattached TRS did not participate in the debate at all.

The BSP and the TDP, which spoke against the bill and are part of the Opposition, were not present in the House for the voting. Neither were the Opposition NCP’s two main leaders, Sharad Pawar and Praful Patel. Only one of two members from the YSRCP, an unattached party that opposed the bill, was present for the vote.

Although some Opposition parties, including the Congress, Samajwadi Party and Trinamul, had issued whips asking all members to be present, none of them clocked full attendance.

While this is not unusual, the reality now is that Opposition MPs know they are unlikely to attract any disciplinary action if they do not turn up. No Opposition party would want to take action against a member and risk losing a House seat, which would then likely go to the BJP given its current dominance in state legislatures.

Desertions in the Opposition camp — Neeraj Shekhar from the Samajwadi Party a fortnight ago and Sanjay Sinh from the Congress on Tuesday — have opened up two unscheduled vacancies in the Rajya Sabha to the advantage of the BJP already.

For the most part, there was general consensus on the need for an end to the practice of triple talaq but the difference was over its criminalisation in the bill.