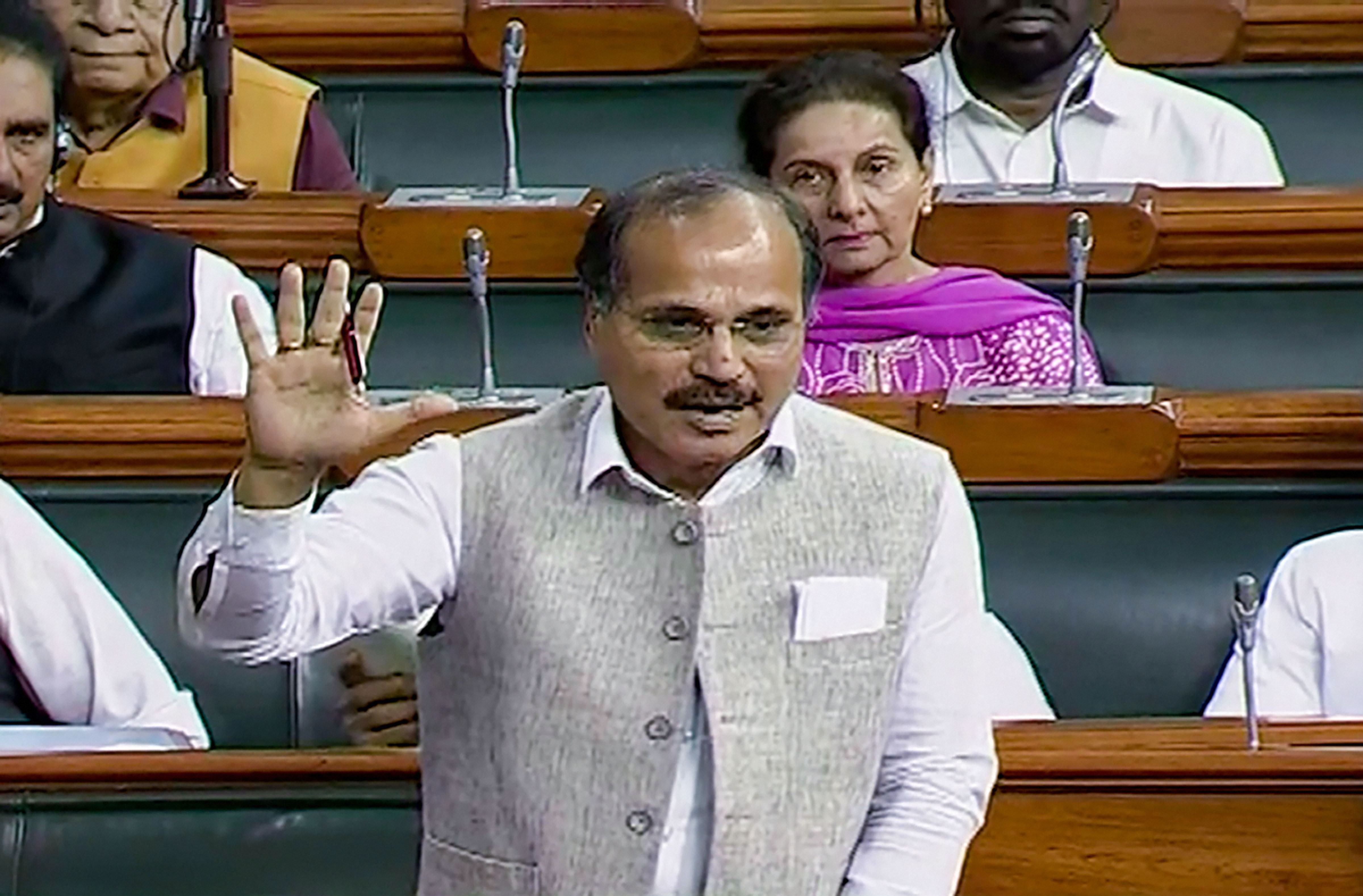 The leader of the Congress in Lok Sabha, Adhir Ranjan Chowdhury, on Monday told the Lok Sabha that it was an 'atrocity' not to allow National  Conference member Farooq Abdullah to attend the House.

Chowdhury launched a blistering attack on the government for barring Indian MPs from visiting Jammu and Kashmir, while allowing members of the European Parliament (MEPs) to visit Srinagar.

The Congress leader used a derogatory word while speaking on the MEPs' visit.

Some Lok Sabha members objected to this after which Speaker Om Birla said he would examine whether the remark should be expunged.

'Our leader Rahul Gandhi was not allowed to visit (Jammu and Kashmir), several MPs were sent back.... Is it not an insult that we can't go there.... Migrant labourers were killed, armymen are dying,' Chowdhury said.

The Speaker said when Union home minister Amit Shah had informed the House in the previous session that Abdullah was not under detention, he was correct. The written information of his detention was received later by the Lok Sabha secretariat.

He said now he has written information that Abdullah is under detention.

Minutes after Question Hour started, around 30 Congress MPs trooped into the Well of the House, shouting slogans and demanding that the government stop attacking the Opposition and foisting false cases.

The members, along with those from the National Conference, also protested Abdullah's detention under the Public Safety Act.

Revolutionary Socialist Party leader N. K. Premachandran said: 'Farooq Abdullah is not in the House. The House is not in order.'

Chowdhury also raised the matter of the home ministry withdrawing Special Protection Group (SPG) cover on former Prime Minister Manmohan Singh and the Gandhi family. He said Atal Bihari Vajpayee remained under SPG protection after he ceased to be the Prime Minister.