The parties, led by TDP, cited instances of malfunctioning EVMs and urged the top court to recall its April 8 verdict 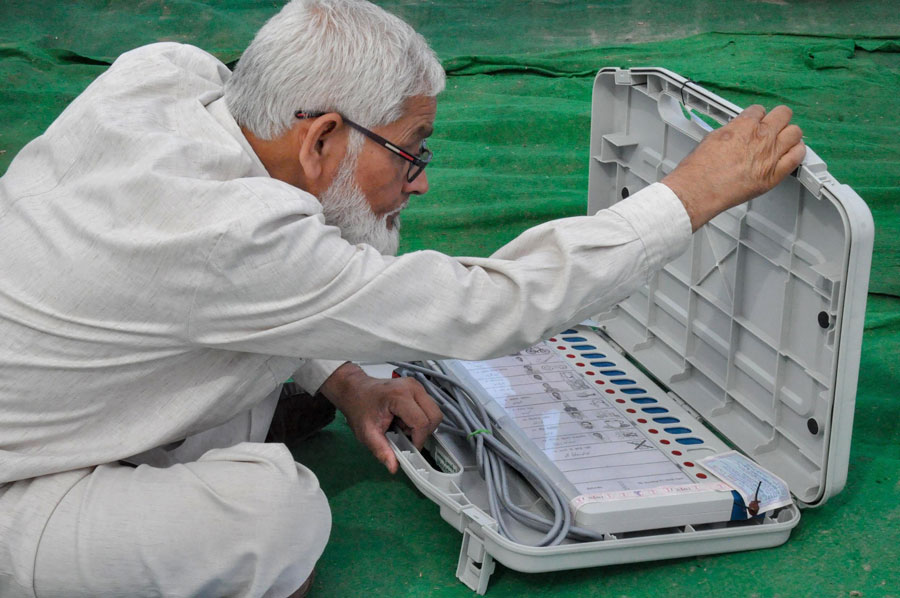 Twenty-one Opposition parties on Wednesday moved the Supreme Court pleading that electronic voting machines be backed up by paper trail device printouts in at least half the booths when the country votes in the four remaining phases of the ongoing elections.

The parties, led by the Telugu Desam Party, cited instances of malfunctioning of EVMs while urging the top court to recall its April 8 judgment.

The review petition, filed through advocate Amit Bhandari, is yet to be listed for hearing.

On April 8, the court had directed the Election Commission of India (ECI) to match VVPAT paper audit slips with EVM recordings in five booths per Assembly segment, instead of the earlier practice of just one booth in every segment.

The review petition said “the number of EVMs and VVPATs across the country have been found to be defective” in the first phase of polling for the general election that took place “after the passing of the impugned order”.

“It has been reported that in some cases where voters would vote for one party, (the) EVM would record their vote having been cast for another party. In constituencies where EVMs or VVPATs were found defective, polling had to be delayed and, in some cases, went on till (the) wee hours of the morning. Further, law and order problems were reported in many areas where supporters of political parties clashed against each other,” the petition said.

The plea came a day after a voter in Kerala was arrested under election rules — and later given bail — after he complained of a mismatch between his vote and that displayed on the VVPAT screen.

“In the state of Andhra Pradesh alone, polling had to be… deferred in 618 polling booths and 20 polling booths reported law and order problems. These subsequent occurrences make mandatory random check against VVPAT even more crucial than before,” the petition said.

The Opposition parties contended that the credibility of EVMs has been seriously called into question after polling in the first few phases and that had changed the factual circumstances in which the order was passed.

“The impugned order, therefore, deserves to be reviewed and the number of EVMs to be randomly checked against VVPAT (machines) deserves to be further increased. The petitioners, therefore, seek review of the order dated 08.04.2019 to ensure that the ‘greater satisfaction’ that this Hon’ble Court has itself desired is actually met in letter and spirit,” the petition said.

On April 8, the court had agreed with the opposition parties that the number of EVMs to be subjected to mandatory and random VVPAT verification needed to be increased. But it had deemed fit to raise the number to five booths per Assembly segment or constituency, not at least 50 per cent of the EVMs.

That effectively had raised the percentage of such EVMs from the existing 0.44 per cent to only 2 per cent.

The petition said “not increasing” the number of EVMs to be verified to a number that is “‘reasonable’ because it may not be ‘viable’… renders the entire exercise otiose and futile”.

“In the present case, it is most respectfully submitted, ‘reasonability’ has been overlooked on grounds of ‘viability’ which has rendered the entire judicial exercise futile,” the petition said.