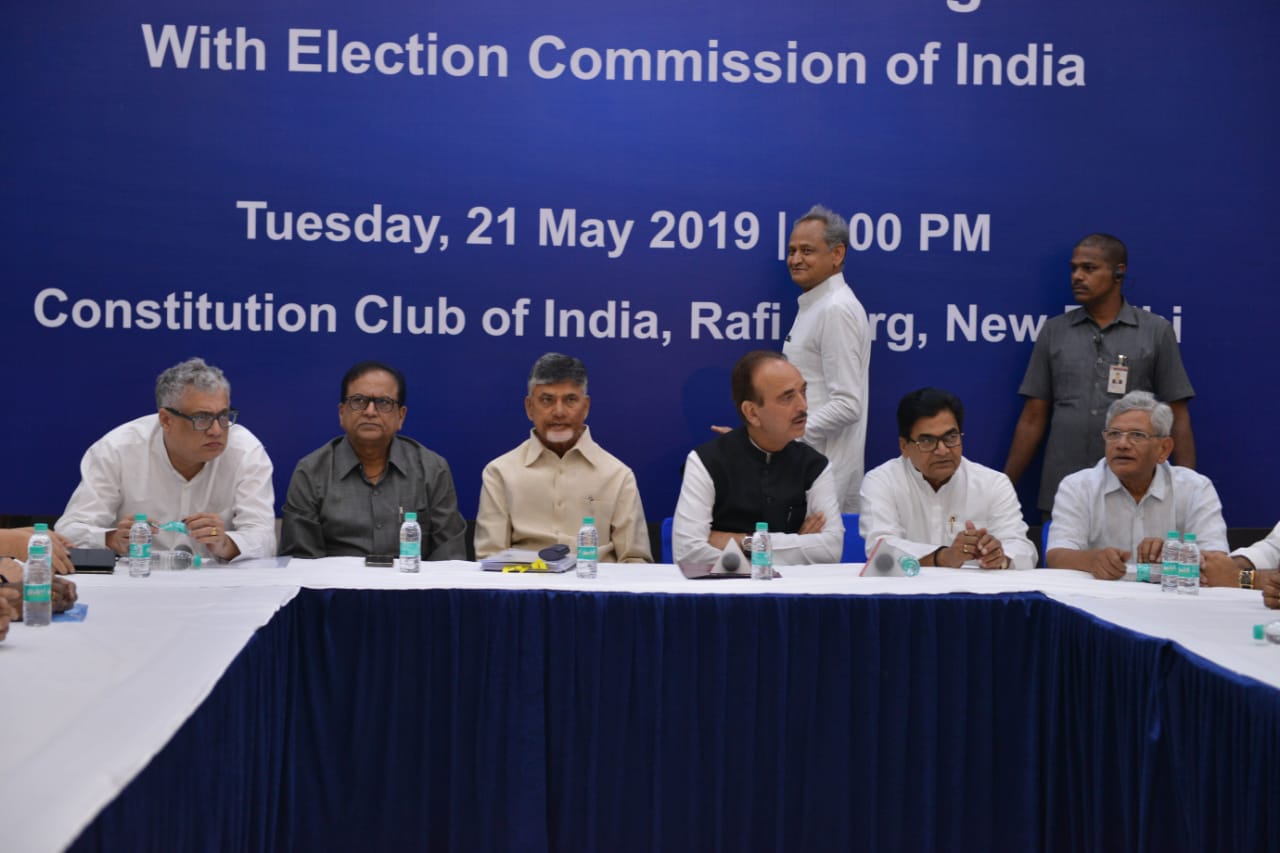 Opposition leaders met on Tuesday, ahead of the Lok Sabha poll results on May 23, to discuss the possibility of a non-NDA alliance, staking claim to government formation.

They will also move the Election Commission to press for their demand of tallying the VVPATs with the electronic voting machine figures.

'On VVPATs and the EVM tally, the EC is yet to come out with a procedure in case there is a mismatch. Even if there is one mismatch in the VVPAT samples picked for counting and EVMs, to maintain the integrity of the electoral process, all VVPATs in that Assembly segment must be counted,' Communist Party of India (Marxist) general secretary Yechury said.