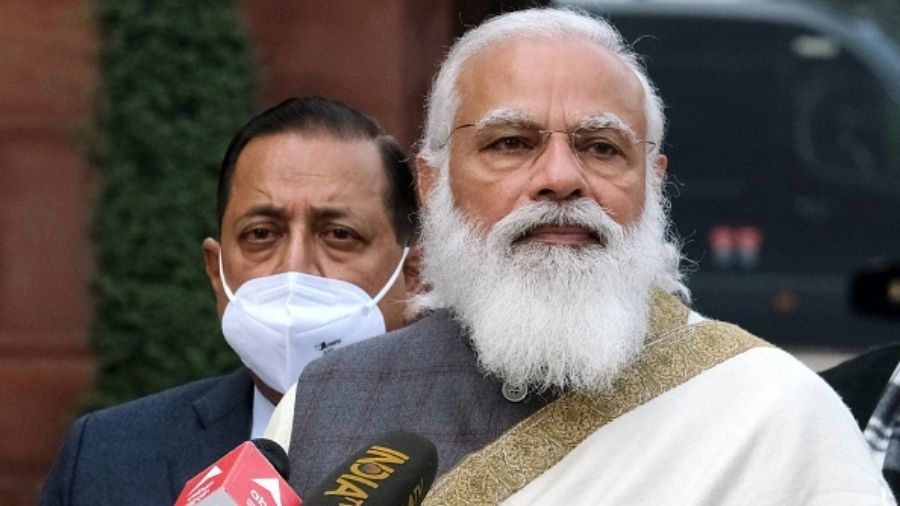 Leaders of 12 Opposition parties wrote to Prime Minister Narendra Modi on Wednesday seeking a free mass vaccination campaign against the coronavirus and suspension of the Central Vista project to raise resources for the fight against the pandemic.

In a joint letter to the Prime Minister, the Opposition leaders, including some chief ministers, also demanded providing foodgrains to the needy and giving Rs 6,000 per month to the unemployed.

The leaders have also demanded repeal of the three Central farm laws which, they said, will help protect lakhs of "annadata" from becoming victims of the pandemic.

A large number of farmers are sitting in protest at three borders of Delhi, seeking the farm laws passed by Parliament in September last year be scrapped.

The leaders have said the Covid-19 pandemic has assumed unprecedented dimensions of a human catastrophe in the country, and that it was absolutely imperative for the Central government to undertake and implement these measures.

"Unfortunately, your government has either ignored or refused all these suggestions. This only compounded the situation to reach such an apocalyptic human tragedy," they said.

Without going into all the "acts of commission and omission" by the Central government that has brought the country to such a "tragic pass", the Opposition leaders demanded that some measures suggested by them must be undertaken on a war footing.

The opposition leaders also demanded giving all jobless at least Rs 6,000 per month and free distribution of foodgrains to the needy, saying over one crore tonnes of foodgrains are currently "rotting in central godowns".

"Repeal farm laws to protect lakhs of our annadatas becoming victims of the pandemic so that they can continue to produce food to feed the Indian people," they said.

"Though it has not been the practice of your office or government, we would appreciate a response to our suggestions in the interests of India and our people," the leaders said in the letter.