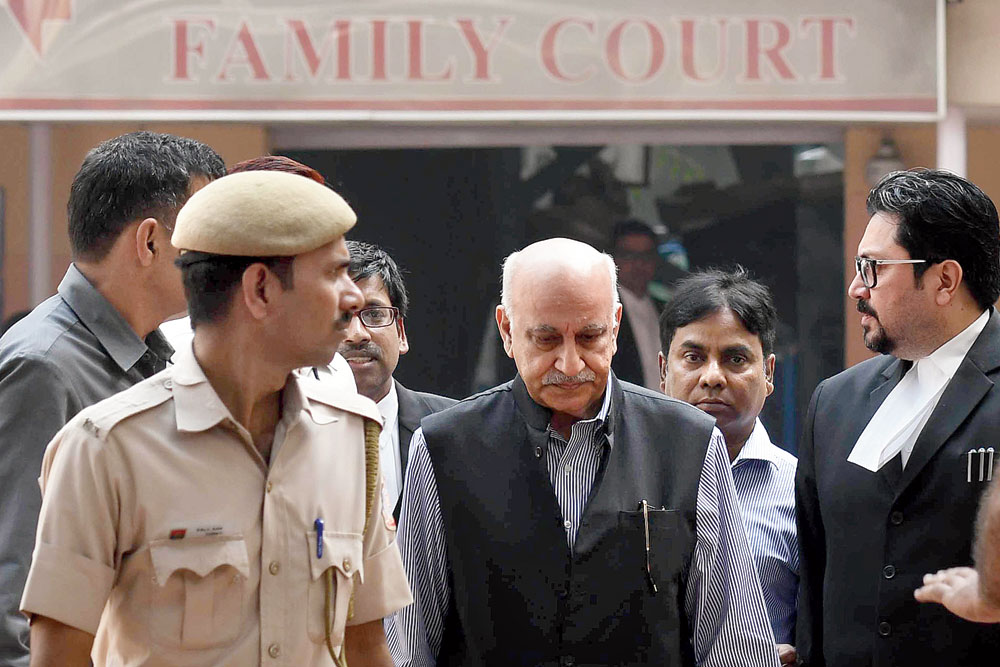 If the court clerk somehow survived “scurrilous”, he was not prepared for “appurtenance” that was lying in wait to ambush him.

Akbar accused journalist Priya Ramani of defaming him and thanked the Prime Minister for the minister of state berth that he described as “a high point” in his long career.

In the process, his editor’s eye caught the typos of the clerk whose transcription was visible on the computer screen beside the witness box.

Initially, Akbar kept asking the official to make corrections but gave up after the judge said that he would be given a copy to make corrections after he had finished. He deposed for almost an hour and spent more than 10 minutes checking the statement.

Not that the clerk was careless. “Scurrilous” and “appurtenance” (which means a possession that is considered to be a typical feature of a particular way of living) were some of the words he had to grapple with.

At one point, Akbar said: “There was an immediate damage because of the scurrilous nature of the concocted and false allegations. I was attacked about the alleged and fabricated non-events. I chose to seek justice in my personal capacity without the appurtenance of the office and that’s why I resigned.”

The clerk scurried for the spell check function and a few lawyers riffled through dictionaries on their mobiles on the sly, when Akbar used the words “scurrilous” and “appurtenance”.

At one stage, Akbar had to correct his lawyer Geeta Luthra when she said that the tweets “caused me defamation”.

The former editor intervened, saying, “…which have caused defamation to my reputation”.

Before recording his statement in the Patiala House courtroom of Samar Vishal, an additional chief metropolitan magistrate, Akbar submitted copies of eight of his 10 books as evidence of his reputation.

The next hearing is scheduled for November 12.