Advertisement
Home / India / On trolls over 'I will return' remark, Fadnavis says forgiveness is his revenge

On trolls over 'I will return' remark, Fadnavis says forgiveness is his revenge

'It is true the new government is formed by ED, which stands for Eknath and Devendra' 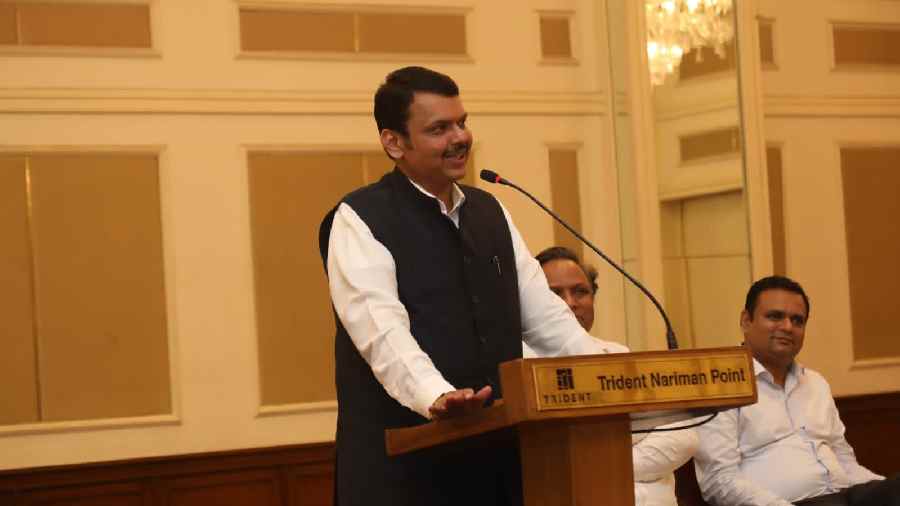 Maharashtra Deputy Chief Minister Devendra Fadnavis, who faced trolling over his impassioned "I will return" assertion before the 2019 state Assembly polls, on Monday said he will avenge such trolls by forgiving them.

Fadnavis made the statement in the state Assembly after Chief Minister Eknath Shinde won the floor test in the House during the last day of the two-day special session of the Assembly.

Before the Maharashtra Assembly elections in 2019, senior BJP leader and former CM Fadnavis said "Me punha yein" (I will return), which had evoked many social media memes.

After the polls, the Shiv Sena snapped ties with the BJP over the issue of sharing the chief ministerial post. The Sena had then tied-up with the NCP and Congress to form government.

Last month, Shinde launched a rebellion against the Sena. Majority of MLAs sided with him, which led to the collapse of the Maha Vikas Aghadi government led by Uddhav Thackeray.

On June 30, Shinde was sworn in as the chief minister of Maharashtra, while Fadnavis took oath as the deputy CM

Speaking in the House on Monday, Fadnavis said, "I have been trolled severely for my remark that 'I will return'. I am going to take revenge against the trolls by forgiving them.

He also said when some MLAs were voting (during the floor test), members from the opposition benches shouted "ED, ED".

"It is true the new government is formed by ED, which stands for Eknath and Devendra," the BJP leader remarked.

Without taking the name of former CM Uddhav Thackeray, Fadnavis claimed Maharashtra witnessed a "deficit of leadership availability" in the last few years.

"But, there are two leaders in the House (Shinde and himself), who will always be available for people, Fadnavis said.