According to a press release, this is the highest ever seizure in the history of the state vigilance 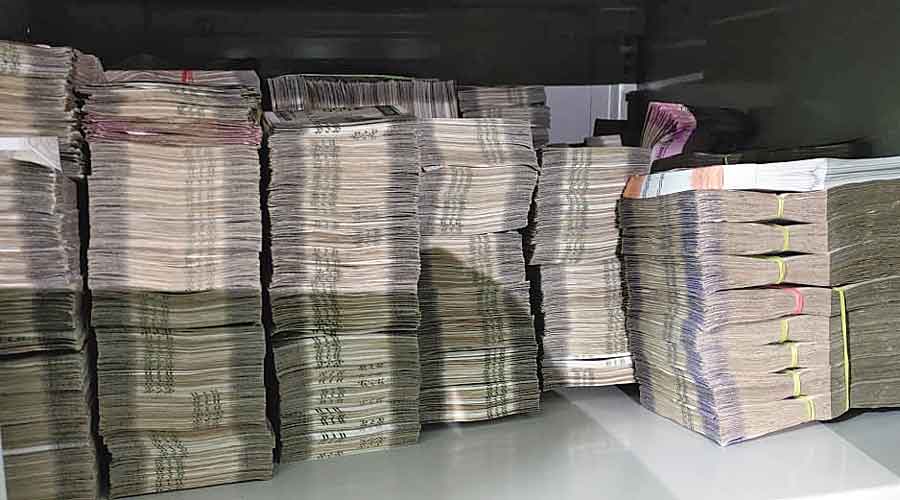 The vigilance wing of the Odisha police have seized Rs 1.36 crore in cash and 1.2 kg of gold after four days of raids on the office and residential premises of Asish Kumar Dash, superintending engineer, rural works, Malkangiri.

Monday was the fourth day of raids and the raid was held at Das’ apartment at Belgachia near Trisulia in Cuttack. The raids were carried out in connection with a disproportionate assets case against Dash who was detained by the vigilance officials in Malkangiri on March 25 while carrying cash worth Rs 10.23 lakh with him.

Raids that followed his detention led to the recovery of Rs 1.36 crore in cash.

“During the search, details of 12 bank accounts in Axis Bank (in the name of family, relatives and associates) operated by Dash have been unearthed in which Rs 2.25 crore cash deposits have been made by Dash,” said a press release issued by the Odisha vigilance. The vigilance has so far unearthed Rs 4 crore deposits that included bank fixed deposits, savings and insurances.

Documents seized by the Vigilance sleuths revealed that Dash had purchased an apartment worth Rs 32.30 lakh in Shantivan Society, near Trisulia, Cuttack, in the name of his wife. A plot of land at Baripal in Keonjhar district was also registered in his wife’s name. Further verification of his bank accounts and the two bank lockers discovered by the vigilance sleuths is underway.

Director vigilance Y.K. Jethwa told reporters, "The state vigilance has arrested 43 government officials for indulging in corrupt practices in 2022 so far.  Among those arrested 14 are class One officers."