According to state government reports, at least 80 tuskers die every year 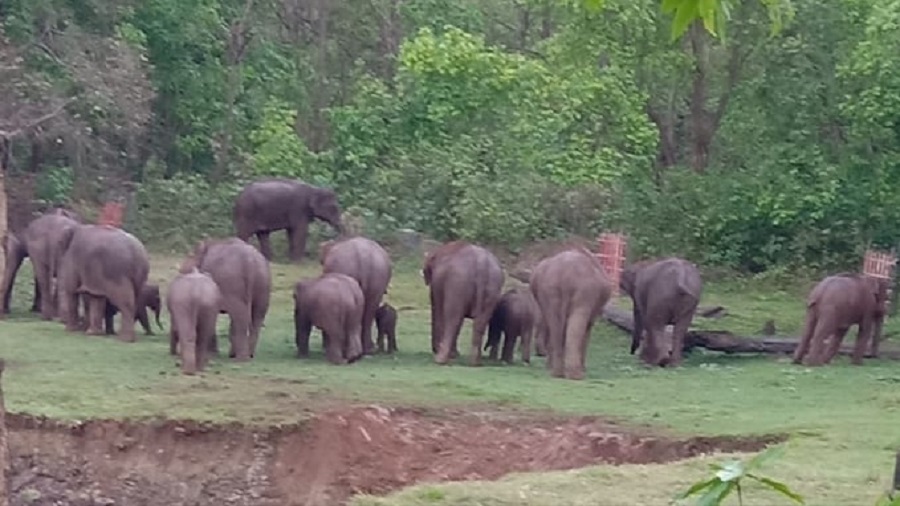 Odisha is fast turning into a graveyard of elephants. As many as 86 jumbo deaths were recorded in 2021, according to a report of the state government report.

A tusker died of electrocution on Sunday night. The tusker came in contact with high voltage electric wire of a transformer at Jankia near Khurda about 30km from here and died on the spot.

According to reports, while two elephants were crossing the National Highway-16 (connecting Bhubaneswar to Berhampur), the tusker came into contact with a 11 KV line that linked to a transformer, installed for a fabrication unit.

Following the death, one elephant remained near the carcass for six hours without allowing anyone to come near. Later, the forest officials managed to ensure that the elephant returned to the forest. A post-mortem was held and the carcass was recovered with the help of a JCB machine.

The elephants of the Chandaka sanctuary near Khurda, most of the time, come out and march towards the human habitation particularly to the paddy fields in search of food. On Sunday, a herd came out in search of food. While the herd was returning, the accident took place.

“As per the norms there should be a boundary erected around the transformer. But it was left open. Had there been a boundary, the life of the tusker would have been saved,” said a local villager.

“It’s sheer callousness of the forest officials and electric department. There is no coordination between them and as a result the tusker died,” the villagers told the reporters.

According to the state government reports, at least 80 elephants die every year in the state which has lost as many as 935 of these pachyderms between 2011-12 and 2021-22. This had raised serious questions about the state’s elephant conservation plan.

The highest number of elephant deaths (86) was reported in 2021.

The horrifying statistics were shared by the state forest and environment minister Pradeep Kumar Amat in the Assembly last week.

Out of 935 pachyderms killed during the period (2011-12 to 2021-22) 141 elephants died in accidents and 135 died of electrocution. Similarly, 307 elephants died because of diseases. Poachers killed as many as 48 elephants while 119 died of natural causes. The reasons for the death of another 131 elephants are yet to be ascertained.

Most of the electrocution has been taking place in forested areas, near roadsides and on railway tracks. “We are aware of the issue and in touch with the railway on how to tackle this,” said an official.

In many areas, where elephant raids have been taking place and people are losing their crops and houses, vengeful villagers have been killing elephants by pulling down high voltage overhead wires and putting them in their way.

“Our elephant management is a failure,” said Biswajit Mohanty, a known wild-life activist.