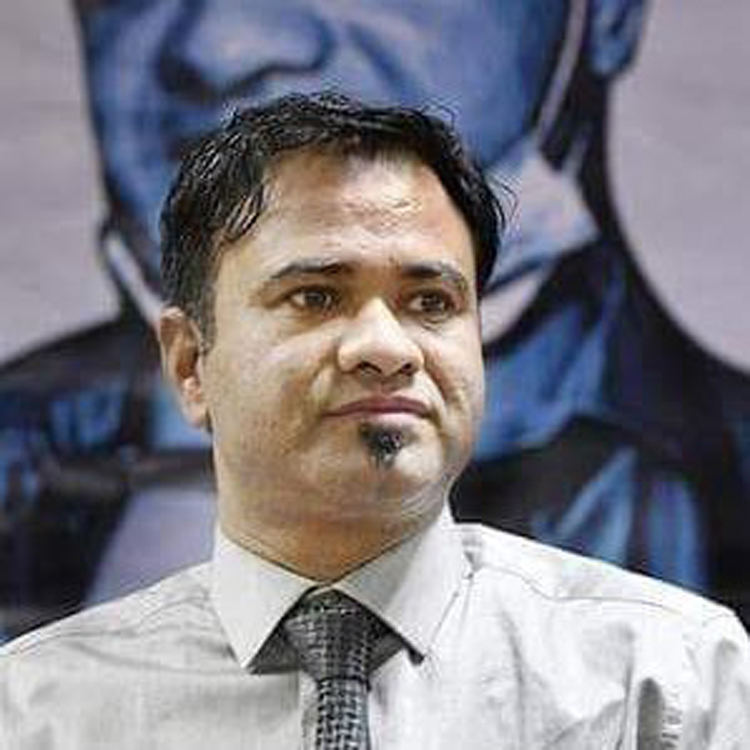 The stringent National Security Act has been slapped on Dr Kafeel Khan, who is lodged in Mathura jail, in connection with an anti-CAA speech at Aligarh Muslim University.

Khan, a paediatrician, had earlier been jailed over the deaths of children at a Gorakhpur hospital but later cleared of wrongdoing in a government probe.

He was arrested by the Uttar Pradesh special task force from Mumbai on January 29 for allegedly promoting enmity between religions through the speech he had delivered during a protest against the Citizenship (Amendment) Act at Aligarh Muslim University on December 12.

“The NSA has been slapped on Dr Kafeel. He will remain in jail,” Aligarh senior superintendent of police Akash Kulhari said over phone.

In Aligarh, district magistrate Chandra Bhushan Singh told reporters that Kafeel Khan’s speech at AMU was instrumental in triggering violent incidents at the university on December 13 and 15.

“We had apprehensions that after his release on bail, Dr Kafeel Khan would have caused more law-and-order issues in the state,” the district magistrate said.

Criticising his detention under the law, Kafeel Khan’s brother Adil Khan said the government wanted the doctor to “remain quiet”.

The NSA allows preventive detention for a maximum of 12 months if the authorities believe the person is a threat to national security or law and order.

Kafeel Khan is lodged in Mathura jail although he had been granted bail by a court. The case was registered against him at the Civil Lines police station in Aligarh.

Adil Khan said: “The government is trying to silence my brother. A few days ago, during a programme on a TV news channel, he had revealed that at BRD Medical College (Gorakhpur), many children are dying daily but the government is hiding the facts and data.”

“The (Mathura) jail was about to release him on Friday at 6am. My brother Kashif along with the lawyer reached the jail but by 9am police presence at the jail was increased and we were told verbally by the authorities that the NSA has been invoked against him,” Adil Khan said.

After his arrest in Mumbai, Kafeel Khan was brought to Aligarh, from where he was immediately shifted to the district jail in neighbouring Mathura.

According to the police, the doctor was shifted as a precautionary measure in view of the anti-CAA protests on the AMU campus and at the idgah grounds in the old city.

The police had said that Kafeel Khan’s presence in the Aligarh jail could have worsened the law-and-order situation in the city. The doctor had earlier been arrested for his alleged role in the death of over 60 children in one week at BRD Medical College in August 2017. Short supply of oxygen at the children’s ward had been blamed at that time for the deaths. About two years later, an Uttar Pradesh government probe cleared Dr Kafeel Khan of all major charges, prompting him to seek an apology from the Yogi Adityanath administration.