Commoners, representatives of civil society organisations and members of Left parties organised two protest marches in Ranchi and one in Jamshedpur 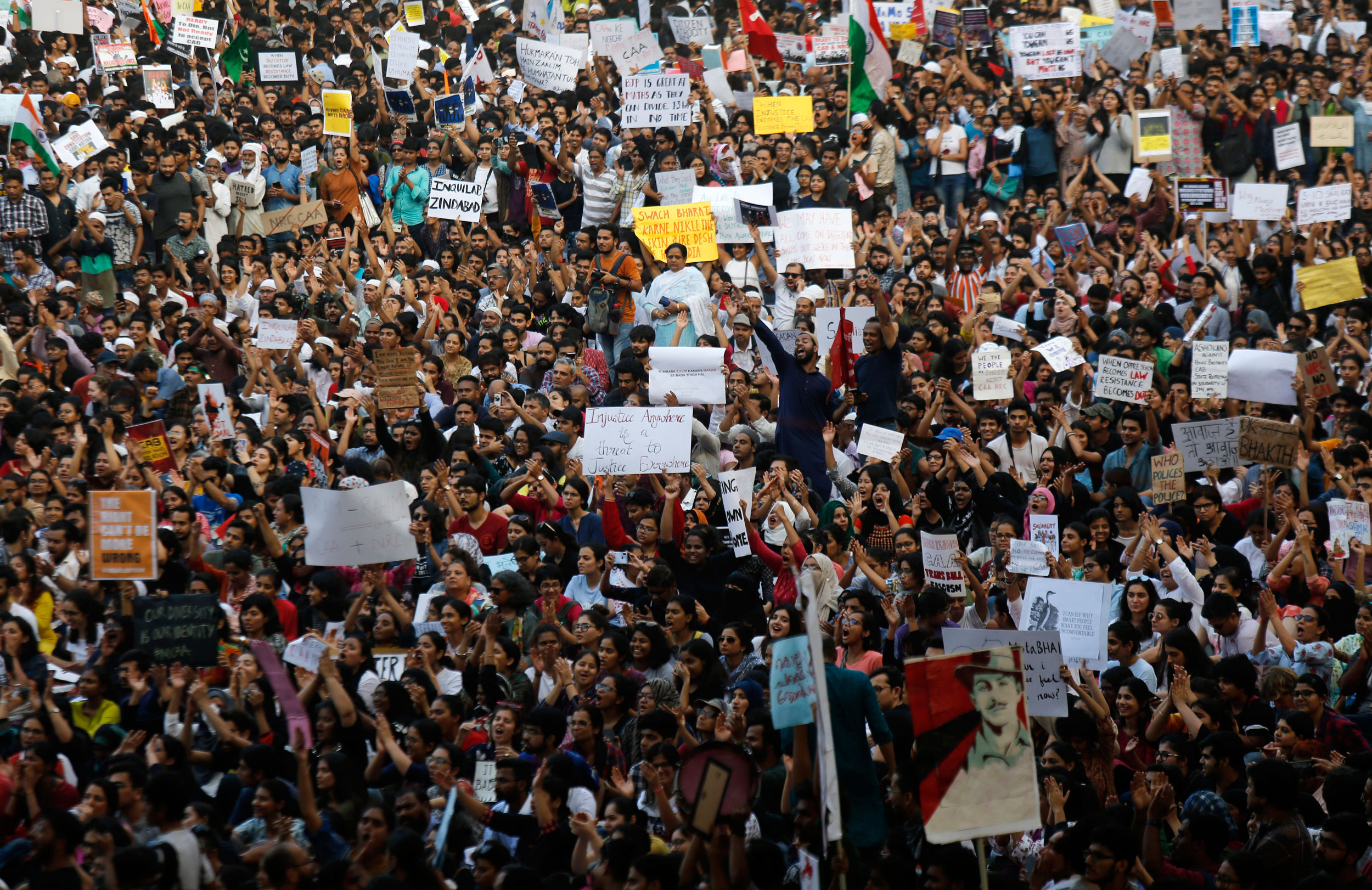 The protests that erupted across the country on Thursday against the amended citizenship law and the proposed all-India National Register of Citizens (NRC) echoed in Jharkhand as well, albeit in a low-key manner because of the model code of conduct.

Common citizens, representatives of civil society organisations and members of Left parties organised two protest marches in Ranchi and one in Jamshedpur. At the first march in Ranchi, the organisers pointed out that the NRC would affect tribals of the state. Adivasis enjoy land rights by tradition and most of their land is vested with village heads hence it will be difficult for them to show individual ownership of land, the activists pointed out. If the tribals can’t prove they own land how can they register in the NRC, the activists wondered.

Representatives of organisations such as Adivasi Adhikar Manch, Christian Yuva Manch, the Ranchi branch of the National Alliance for People’s Movement, Jharkhand Janadhikar Mahasabha (which is itself an umbrella organisation of various such outfits), All India Students’ Front, Adivasi Mahila Manch and Nagrik Adhikar Manch participated in the protest.

“The CAA is a divisive pronouncement of the BJP government,” Bharat Bhushan Chaudhary of the Mahasabha told the gathering.

“The government is using police machinery to quell the voice of protest,” said Praful Linda of the CPM, who also addressed the gathering at the Zilla School ground in Ranchi, citing the police firing in Assam and attack on students of Jamia Milia Islamia University and Aligarh Muslim University.

“The BJP has turned Jharkhand into a laboratory for carrying out anti-minority, anti-poor and anti-tribal experiments,” alleged Vivek Kumar, a Right to Food activist associated with the Mahasabha. “They cancelled scores of ration cards that resulted in starvation deaths in the state.”

Vivek pointed to the many mob lynching cases and the BJP government’s attempt to tweak the tenancy laws meant for protecting tribal land “just to favour chosen corporate houses”.

In Jamshedpur, around 100 activists of CPI-ML, AISF and other outfits marched from Sakchi roundabout to the district collectorate.

“It was part of the national call of various organisation to protest against the CAA,” said Deepak Ranjeet of the Jharkhand Jantantrik Sabha. “We had asked activists not to shout provocative slogans or indulge in any kind of violence. We submitted a memorandum to the East Singhbhum DC.”