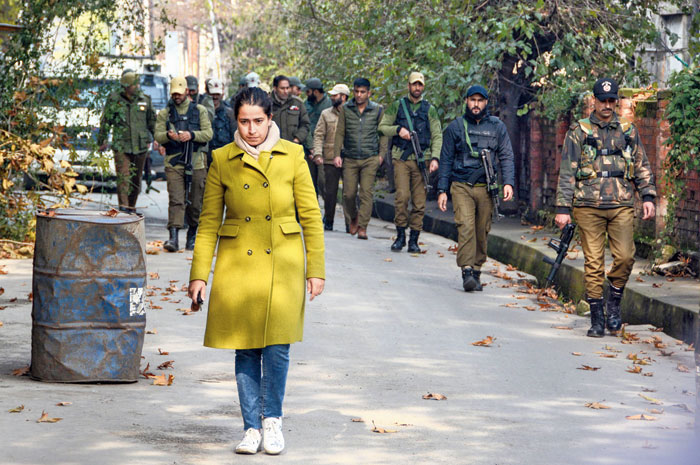 Families of mainstream Kashmiri politicians who have been in custody for over three months said on Wednesday that the MLA Hostel in Srinagar, where the detainees were moved on Sunday, lacks basic amenities.

The families, who were allowed to meet the leaders, said the MLA Hostel does not have proper heating arrangements and the food being provided to the politicians was substandard. Thirty-four political prisoners were shifted to the MLA Hostel, which has been designated a sub-jail, from Centaur Hotel.

Shehriyar Khanum, daughter of former minister and People’s Democratic Party (PDP) leader Naeem Akhtar, told reporters after visiting her father: “This is a defunct building which lacks basic facilities. There should be a hygienic place for these leaders. There are no heating arrangements, no proper lighting arrangements. We have to get these facilities ourselves rather than the government providing them.”

The Kashmir Valley is reeling under harsh winter conditions after a heavy snowfall.

The Telegraph reported on Wednesday how the politicians have been ill-treated in custody to make them fall in line, making available to them single-rod heaters that are ineffective in such biting cold, assaulting them for protesting and keeping them in rat-infested rooms.

Tanveer Veeri, brother of National Conference (NC) leader and former MLC Bashir Veeri, said: “It would be better if they are shifted to the MLA Hostel in Jammu or even the Central Jail. There are no proper heating or lighting arrangements at the MLA Hostel in Srinagar.”

Sheikh Mushtaq Ahmad, father of Srinagar Municipal Corporation deputy mayor Sheikh Imran, said: “The food being served to them is not healthy. The rooms are not good. There is no proper matting. This is not the way to treat the elected representatives.”

Saqib Madni, son of PDP leader Sartaj Madni, alleged that the family members visiting the hostel were being harassed by police.

“We are being unnecessarily harassed. They (politicians) are in jail and we accept it, but they are not allowing our vehicles inside. We are carrying certain items that these leaders need as there are no facilities. How will we shift these items like matting and heating appliances which we have to get ourselves?” he said.

“They (authorities) had a better option of putting them under house arrest like so many (other) leaders were. There are so many leaders in Jammu and Kashmir, but they have detained only about 30 here. They too should have been put under house arrest,” Saqib said.

Most of the top-level and second-rung mainstream politicians were detained on August 5, when the Centre abrogated the special status of the erstwhile state of Jammu and Kashmir and announced the decision to bifurcate it into two Union Territories.

Two former chief ministers — Omar Abdullah and Mehbooba Mufti — continue to be in detention but are being held separately.

The government has detained former chief minister and sitting Lok Sabha MP from Srinagar, Farooq Abdullah, under the controversial Public Safety Act, a law that had been enacted by his father and NC founder Sheikh Mohammad Abdullah in 1978 when he was chief minister. Under the NSA, a person can be kept in detention for up to two years without trial.