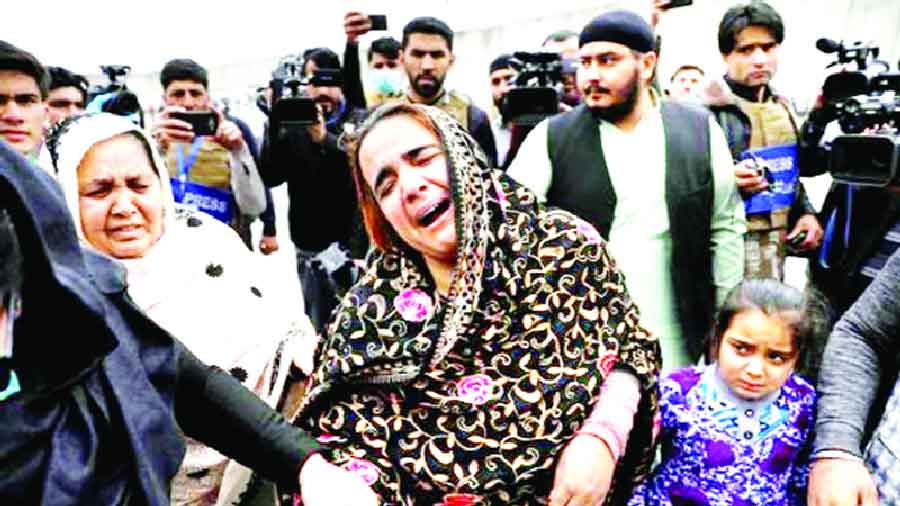 Manpreet Kaur, a mother of two, rarely stepped out of her house following the swift Taliban takeover of Afghanistan last year and her children barely had any idea of the world outside.

Their grim existence of nearly a year changed on August 3, when they arrived in India as part of a group of 28 Afghan Sikhs who were flown in from Kabul with the help of the Shiromani Gurdwara Parbandhak Committee, Indian World Forum and the Central government.

Recounting the hardships of living under Taliban rule, Kaur said, "Being a minority, there was a constant fear of being targeted. The Sikh and Hindu families in Kabul have been spending sleepless nights. The places of worship are not safe. The Gurdwara Karta-E-Parwan was attacked by terrorists on June 18."

"We used to think 10 times before stepping out of our houses. For our children, going out was out of the question. If we had to step out, we covered our faces," she said.

She claimed most of the minorities in Afghanistan have no access to education as sending children to schools means "risking their lives".

"If a child goes to an educational institute there they will be harassed. Those who want to study, mostly come to India," Kaur said.

Taranjit Singh, another Afghan Sikh who arrived in India on August 3, has a three-year-old child suffering from a heart ailment. He said that due to minimum access to hospitals his child could not get proper treatment in Kabul.

"We are hoping to get him treated here in India," Singh told PTI.

Activist Kavita Krishnan, who has been involved in the evacuation of Afghan Sikhs and Hindus to India, said the Centre should have a policy of offering citizenship to such refugees in India and providing them work.

"Our country is more than capable of just offering citizenship to these refugees. Not just the Afghan Sikhs and Hindus but all refugees should be offered this help by the government.

"The Centre doesn't arrange facilities for refugees. Even when they were compelled to do so, for the Tamil refugees, their camps were extremely ill-equipped. If the Centre treated the refugees with respect and compassion, they could easily provide work for them," Krishnan told PTI.

She alleged that refugees are only "talking points" and "propaganda" for the Centre.

"The Centre should understand that the refugees, with whatever work they do here, are contributing to the GDP of this country," Krishnan said.