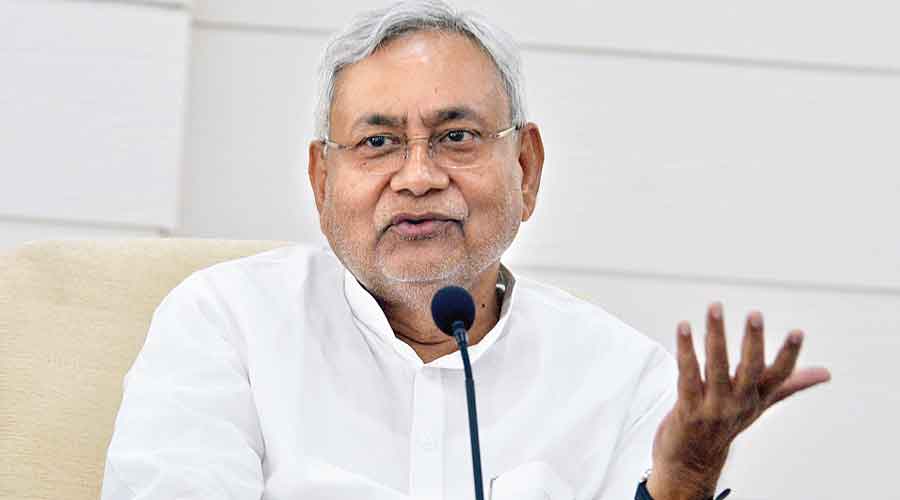 Bihar Chief Minister Nitish Kumar on Sunday reiterated his demand for a caste census, saying it is in national interest and will facilitate development of the communities lagging in development.

Asked about the Centre's affidavit in the Supreme Court that virtually ruled out census on the caste lines, he told reporters that it was "absolutely not correct" but added that the matter was not directly related to the issue of caste census.

In the national capital to attend Home Minister Amit Shah's meeting with the chief ministers of naxal-affected states, the JD(U) leader also rejected arguments against caste census and asserted that the demand for it has been coming from not only Bihar but many states.

Kumar said he will speak to members of different parties in Bihar over the issue to chart out their next course of action.

He had led an all-party delegation from the state to meet Prime Minister Narendra Modi in support of such a headcount across the country.

However, the Centre told the Supreme Court on Thursday that caste census of backward classes is "administratively difficult and cumbersome" and excluding such information from the purview of Census is a "conscious policy decision".

In an affidavit filed in the apex court, the government has said that caste enumeration in Socio-Economic and Caste Census 2011 was fraught with mistakes and inaccuracies.

Kumar asserted that caste census can be done by imparting appropriate training to people.

However, the Bihar chief minister, whose party's ties with the BJP have been uneven for some time, refused to be drawn into any political implications of the issue.

"Caste census is in the interest of the country. It will help the country's development," he said.

After the Centre's stand, many BJP leaders in Bihar have strongly defended the move and questioned the need for caste census.

The BJP has made it clear that its stand on the politically fraught issue can be different from those, including some of its allies, supporting the step.

As far as the BJP is concerned, it stands for "sab ka saath, sabka vikas", the party had said.