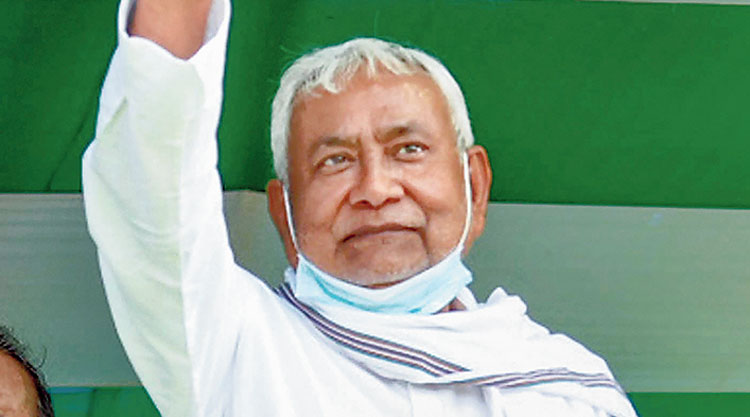 Bihar Chief Minister Nitish Kumar on Monday asserted that his strong pitch for a caste-based census was driven by social, and not political, concerns.

Talking to reporters on the sidelines of his weekly public interaction programme here, Kumar, who is the de facto leader of the Janata Dal (United), also disclosed that his letter seeking an appointment with Prime Minister Narendra Modi had been dispatched last week and a response to the same was awaited.

I have learnt that my letter had reached the Prime Minister's Office on August 4. I am looking forward to a response, said Kumar.

He had expressed agreement to suggestions that he should meet Modi heading a delegation comprising leaders of all parties in the state.

It is not a political issue. It is a social issue. A reason why the demand (for caste census) has found resonance in many states. The reason why we have agreed to an all-party delegation is that in Bihar there is unanimity on the issue. Resolutions to the effect have been passed in the legislature unanimously twice, he said.

He also reiterated that if left with no alternatives, his government could consider holding a state-specific survey of castes through a census, the terms of which could be decided only by the Centre, would be the most preferable option.

Fresh demands for caste census have been triggered by a statement by the Centre in Parliament recently that an exercise to ascertain the population of only SCs and STs was under consideration.

This has led to a churn in the politics of Bihar where most prominent political leaders, including Kumar and his arch-rival Lalu Prasad, belong to the numerically powerful OBCs.

Prasad's RJD is, predictably, as much in favour of the census making a headcount of castes other than SCs and STs as Kumar. The BJP, which has, on the state level, in the past seconded the demand, now seems to be equivocal in view of a different stance adopted by its top leadership.

Kumar, nonetheless, insisted, We must state before the Centre what we think and feel on the issue. It is for the Centre to decide whether to accept our contention or not. The last time a caste census was held was way back in 1931. A fresh exercise will help in bringing the fruits of good governance to the deprived sections in a more effective manner.

Observing that implementation of reservations for OBCs in accordance with recommendations of the Mandal Commission has been profound in its implications, Kumar pointed out that his government has tried to follow it up with efforts to reduce gender disparity through quotas for women.