The Aayog, in a discussion paper, makes a case and offers a template and road map for the endeavour 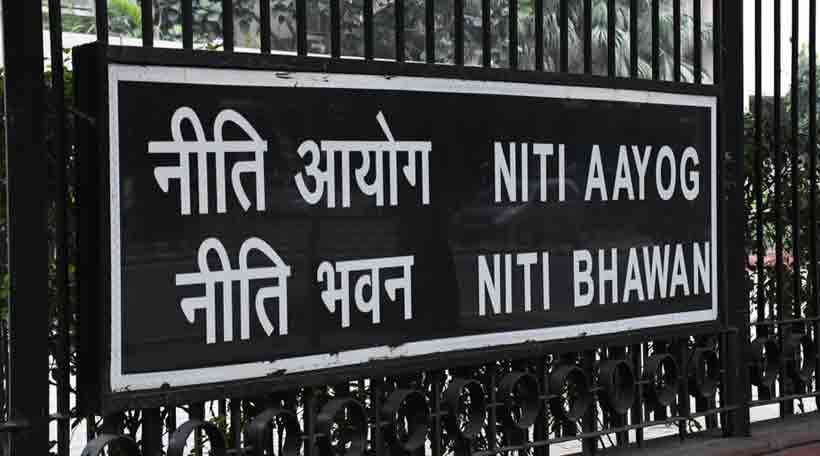 Government think-tank Niti Aayog on Wednesday proposed setting up of full-stack 'digital banks', which would principally rely on the internet and other proximate channels to offer their services and not physical branches, to mitigate the financial deepening challenges being faced in the country.

The Aayog, in a discussion paper titled Digital Banks: A Proposal for Licensing & Regulatory Regime for India, makes a case and offers a template and roadmap for a digital bank licensing and regulatory regime for the country.

Digital banks or DBs are banks as defined in the Banking Regulation Act, 1949 (B R Act), the paper said.

"In other words, these entities will issue deposits, make loans and offer the full suite of services that the B R Act empowers them to. As the name suggests however, DBs will principally rely on the internet and other proximate channels to offer their services and not physical branches," it said.

However, the paper said as a natural corollary to being a bank in full sense of its legal definition, it is proposed that DBs will be subject to prudential and liquidity norms at par with the incumbent commercial banks.

"Finally, India is at the cusp of operationalising its own Open banking framework," the paper said.

"These indices demonstrate India has the technology stack to fully facilitate DBs. Creating a blue-print for digital banking regulatory framework and policy offers India the opportunity to cement her position as the global leader in Fintech at the same time as solving the several public policy challenges she faces," it said.

The paper also recommends a two-stage approach, with a digital business bank license to begin with and Digital (Universal) Bank license after policymakers and regulators have gained experience from the former. Focus on avoiding any regulatory or policy arbitrage and giving a level playing field is an important recommendation.

"Moreover, even with the Digital Business Bank license, it recommends a carefully calibrated approach" comprising of issue of a restricted digital business bank license (in terms of volume/value of customers serviced and the like).

The paper said that while RBI's authority to issue a license to a banking company under the Banking Regulation Act is straightforward, an additional step is necessary for creating a licensing regime for digital business banks that permits them to offer value-added services that are complementary to their core financial business, on the same balance sheet as the banking services.

It further suggested that minimum paid-up capital for a restricted digital business bank operating in a regulatory sandbox may be proportionate to its status as restricted.

While the RBI is the final arbiter of what numerical value constitutes "proportionate", the paper has proposed a ladder for minimum paid-up capital by way of illustration.

"As per the illustration, upon progression from the sandbox into the final stage, a full-stack digital business bank will be required to bring in Rs 200 crore (equivalent to that required of the Small Finance bank)," it suggested.

It also noted that the prevalent neo-bank business model in India is a function of regulatory vacuum.

"In the absence of a licensing regime for full-stack digital banks, fintechs offering the neo-bank proposition in India have improvised and adopted the front-end neo-banks model," it said.

Niti Aayog CEO Amitabh Kant in his foreword said this discussion paper examines the global scenario, and based on the same, recommends a new segment of regulated entities -- full-stack digital banks.

"Based on the comments received, the paper will be finalized and shared as a policy recommendation from Niti Aayog," he said.