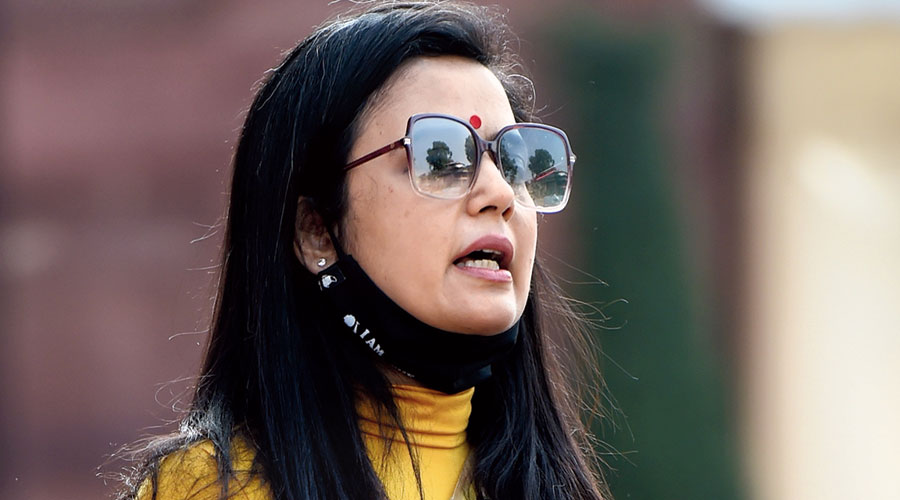 Nishikant Dubey alleged that in the meeting of the IT committee, Mahua Moitra called him 'Bihari gunda' thrice which  broke a war of words between the BJP MP and the Trinamul MP inside and outside Parliament on Wednesday as.

As the allegation was presented on Twitter, Moitra too responded on Twitter and said she is amused by the charge of name-calling as she said that the said meeting did not take place as there was no quorum. BJP MPs on Wednesday did not sign the attendance register of the IT meeting protesting against "the agenda of the meeting becoming public".

Tagging Trinamool supremo Mamata Banerjee, Dubey wrote, "The way your MP abused, your party's hatred towards North Indians and towards Hindi-speaking people is now clear in front of the country."

"Am a bit amused by charges of namecalling. IT meeting did not happen because NO quorum -- members did not attend. How can I call someone a name who was not even present! Check attendance sheet!" Mahua Moitra wrote on Twitter.

Am a bit amused by charges of name-calling.
IT mtng did not happen because NO quorum - members did not attend.

However, the heated argument began in Parliament itself when BJP leaders boycotted the IT committee meeting and refused to sign the attendance register. Dubey asked why the agenda of the meeting was being made public, to which Mahua Moitra said, "if you refuse to mark attendance, then you are not present. They how are you asking a question?"

On Wednesday, Dubey gave the notice to move a privilege motion seeking Congress MP Shashi Tharoor's removal as the head of the standing committee on information technology. The committee was scheduled to discuss the alleged Pegasus snooping, but the meeting could not be held as the BJP MPs refused to sign the attendance. The MP said it is shocking that the Opposition does not want Parliament to function but wants the issues to be discussed at the committee meetings which the government is ready to discuss in the House.