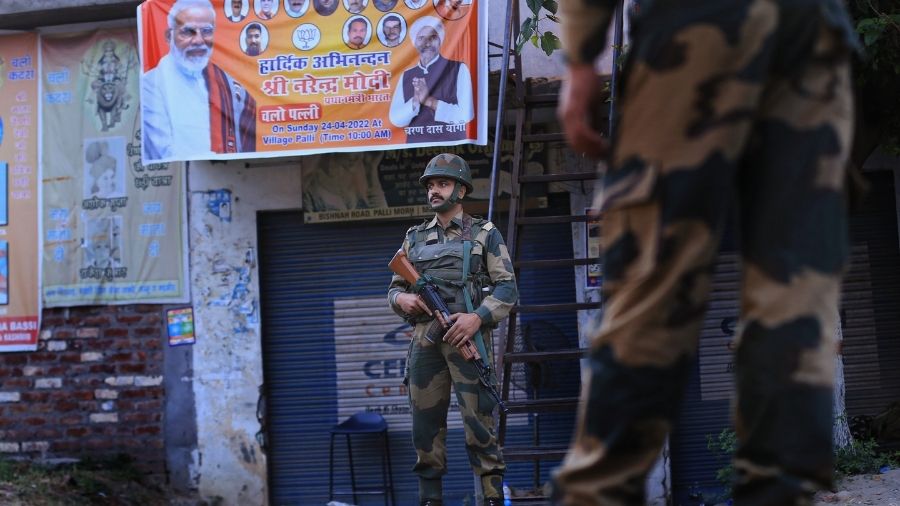 Singh, who is also the director-general of the Central Reserve Police Force, was briefed about the gun battle by CRPF officers, including Commandant of 38th Battalion Dhirendra Verma, the officials said.

Besides the two terrorists, a Central Industrial Security Force (CISF) officer died in the gunfight that took place near an Army camp in Sunjwan on Friday. Nine security personnel were also injured as forces engaged the terrorists after they attacked a bus carrying CISF personnel.

"Yes, a major attack was thwarted (by security forces)," Singh said after receiving the briefing about the encounter.

Asked whether the NIA will take over the case, he said, "It will depend... we will see, nothing can be said at the moment."

Later, the officials said, Singh visited Palli panchayat and was briefed by senior officers about the security arrangements there.

Special teams of the NIA and the State Investigation Agency (SIA) had visited the encounter site on Friday evening.

Director-General of Jammu and Kashmir Police Dilbag Singh had said the two slain terrorists were part of a suicide squad of Pakistan-based JeM and their infiltration could be a "big conspiracy" to sabotage the prime minister's visit to Jammu and Kashmir.

The prime minister will visit Palli village, 17 km from here, on National Panchayati Raj Day on April 24. He is also scheduled to address a gathering there.

According to officials, a multi-tier security setup has been put in place for Modi's visit.

An alert has been sounded along the border and a high degree of vigilance is being maintained at vital installations in Jammu and Kashmir in view of the visit, officials said on Friday.