New Supreme Court bench to take up plea on Article 370

Chief Justice of India N.V. Ramana indicats that SC may hear the sensitive issue only in July after the summer vacation 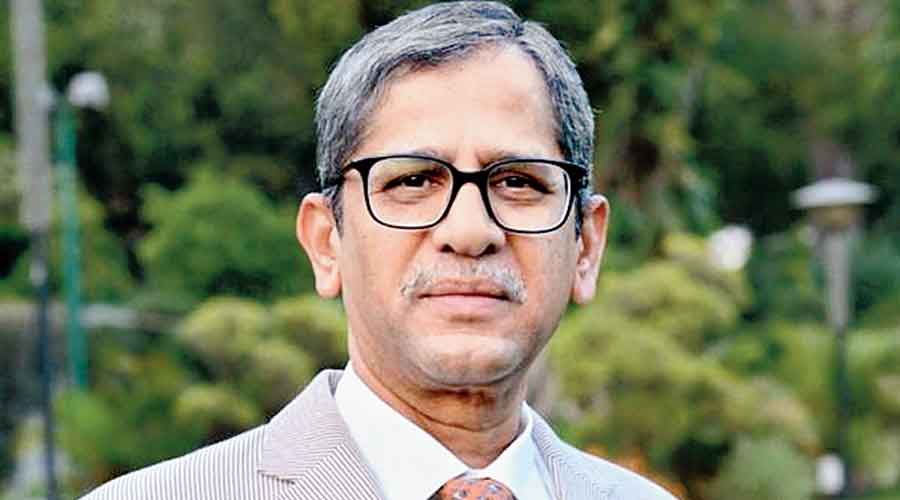 The Supreme Court on Monday said a reconstituted five-judge Constitution bench would deal with the batch of petitions challenging the abrogation of Article 370 by the Centre as one of the judges on the bench, Justice R. Subhash Reddy, had since retired.

Chief Justice of India N.V. Ramana, however, indicated that the reconstituted bench might hear the sensitive issue only in July after the summer vacation.

The matter was last heard in March 2020 by a five-judge bench comprising Justice N.V. Ramana, Justice Sanjay Kishan Kaul, Justice R. Subhash Reddy (since retired), Justice B.R. Gavai and Justice Surya Kant with regard to the NDA government’s decision to scrap Article 370, which had given special status to Jammu and Kashmir, and carve out two Union territories of Jammu and Ladakh.

At that time the five-judge bench had also rejected the plea to refer to a seven-judge bench petitions challenging the constitutional validity of the Centre’s decision to abrogate Article 370 on August 5, 2019, as the present bench felt it was within its competence and jurisdiction to examine the controversy.

However, the matter could not come up for hearing subsequently owing to the pandemic. Justice Subhash Reddy too demitted office in January this year following his retirement, necessitating the induction of a new judge.

On Monday, senior advocate Shekhar Naphade and former Union minister P. Chidambaram, who is also a senior advocate, appearing for some of the petitioners who had assailed the abrogation sought early resumption of the hearing.

Initially, the senior counsel sought listing of the matter next week, but the CJI sitting in a bench with Justice Hima Kohli refrained from giving any assurance.

Naphade then suggested that the matter be listed immediately after the summer vacation. The apex court will be on a summer vacation from May 23 to July 10 and reopen on July 11. However, vacation benches would continue to function during the summer recess to deal with all important issues and cases.

On December 20, 2018, President’s Rule was imposed on J&K in exercise of powers under Article 356 of the Constitution, which was subsequently extended on July 3, 2019.

On August 5, 2019, two Constitution orders were issued by the President in exercise of his power under Article 370, scrapping the special provisions to the state and also creating two new Union territories of Jammu and Ladakh.

The plea for reference to a seven or nine-judge bench was earlier made by some of the petitioners who had contended that the present five-judge bench was not competent to deal with the issue as two of them had on earlier occasions passed conflicting judgments on the constitutional status of Article 370.

However, in March 20 the five-judge bench rejected the plea for reference to a larger bench. Writing the judgment Justice Ramana, who was at that time the second senior-most judge of the Supreme Court, had observed: “…this Court is of the opinion that there is no conflict between the judgments in the Prem Nath Kaul case (supra) and the Sampat Prakash case (supra). The plea of the counsel to refer the present matter to a larger Bench on this ground is therefore rejected.”

The bench passed the verdict after extensively analysing the two earlier verdicts and came to the conclusion that both of them were delivered in different contexts and as such didn’t deal with the larger issue of whether Parliament could abrogate Article 370 or not.