His comments came four days after Congress politician Digvijay Singh had, during an Odisha visit, accused the BJD of supporting the BJP 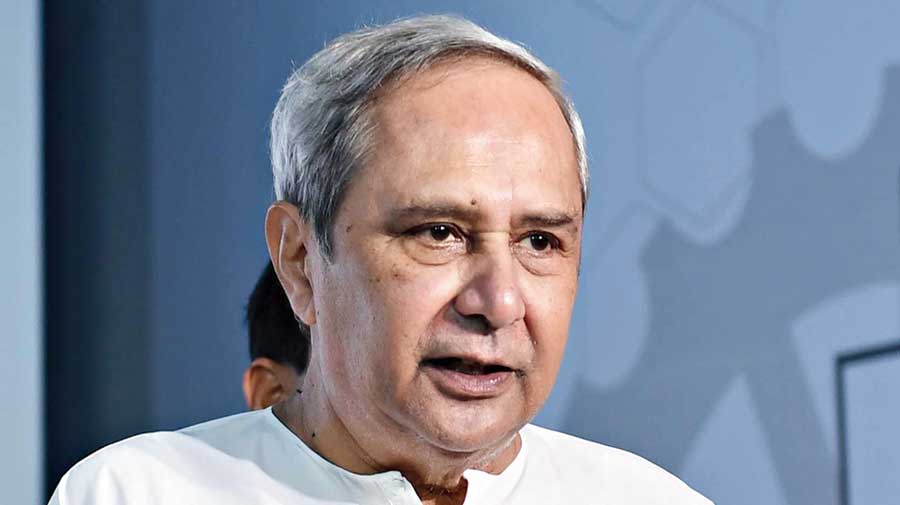 Odisha chief minister Naveen Patnaik on Monday spoke on the new farm laws for the first time, expressing neither support nor opposition but assuring farmers that their interests were paramount to his party.

He mentioned how, in Parliament, the BJD had wanted two bills to go to a standing committee but added that the party would support any initiative that brought prosperity to farmers.

“We will continue our fight for implementation of the M.S. Swaminathan recommendation for formulating the minimum support price (MSP),” Naveen said, addressing the BJD legislature party ahead of the Assembly’s monsoon session, which begins on Tuesday.

Adopting the Swaminathan formula would raise the MSP, a longstanding demand of the farmers who fear that the new farm laws would end the MSP regime altogether and put them at the mercy of big companies.

Naveen’s comments came four days after Congress politician Digvijay Singh had, during an Odisha visit, accused the BJD of supporting the BJP which, he said, was working against farmers’ interests.

“The BJD opposed the farm bills but continues to support most of the BJP-led Centre’s decisions. There seems to be some kind of understanding between the two parties. They have joined hands to finish the farmers,” Singh had said.

Naveen, also the BJD president, said: “In both Houses of Parliament, the BJD had raised its concerns about protection of farmers’ interest in the farmers’ bill and suggested close scrutiny by a parliamentary committee. The party will form a committee of MLAs, MPs and leading farmer leaders to study the provisions. I assure the farmers that their welfare would be paramount to us.”

Naveen also highlighted Odisha’s battle against Covid-19, stressing the state’s high recovery rate and low fatality rate. “We are the only state providing... universal free coverage of all Covid-related expenses,” he said.

Odisha has arranged for free Covid-19 testing and treatment at government hospitals and designated private hospitals for people who contact the official helpline.