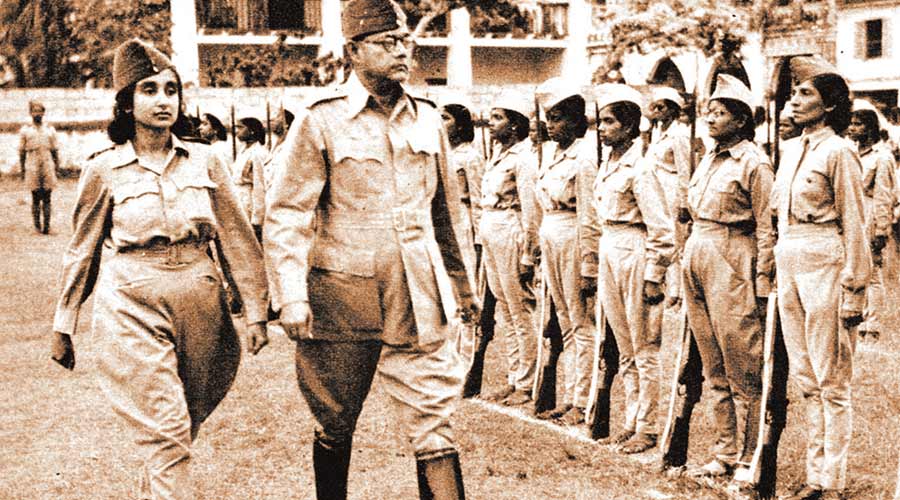 Amiya Bose, freedom icon Subhas Bose's nephew, was tasked by his uncle to carry a secret letter seeking Soviet help in India's liberation, which was to be delivered to agents in Britain in October 1939, barely a month into the Second World War.

The freedom fighter's nephew, who was searched on landing in Britain by officers from New Scotland Yard, managed to smuggle in the letters one of which was handed over to British Communist leader of Indian origin Rajani Palme Dutt and another to a Soviet agent.

"My father had recalled that his uncle had summoned him from Cambridge to India in May 1939 and was asked to go on a Russian mission'. His father Sarat Bose was in the know but not his mother. He was asked to carry the messages in his overcoat pocket," said Madhuri Bose, the daughter of Amiya Bose and author of the book The Bose Brothers', said in an interview to PTI.

Amiya Bose had narrated to his daughter that he had told Subhas Bose, whose 125th birth anniversary is being celebrated Sunday, "If I get caught with your message, you would certainly be hanged." Bose had replied he would gladly take the risk.

Subhas Bose, also called Netaji by millions of Indians, had held meetings with the Communist Party of India to enlist support in approaching the government of Soviet Russia. Madhuri Bose recalls that Soli Batlivala, who represented CPI at the meeting, agreed to this course of action.

Batlivala in a hand-written record of the meeting given to Amiya Bose three decades later recounted that Netaji told him, "The strategy I suggest is: We in India launch a full-scale national movement for freedom; at the same time Soviet Russia marches from the North."

Netaji apparently told Batlivala that "Soviet Russia could be trusted not to take advantage and occupy the country." CPI did not look upon the scheme with favour, according to the Kolkata-based communist, but agreed to see that the message reached Moscow.

Accordingly, it was decided that Subhas Bose will send a direct communication through Amiya Bose. On arriving at UK's Poole port by seaplane, Amiya Bose was accosted by a New Scotland Yard officer who spoke perfect Bengali. He was interrogated for three hours and his luggage searched.

His shaving kit and spare shoes were confiscated but amazingly his overcoat, in whose pockets the letters were kept, was not searched. Amiya Bose later recounted that his uncle clearly had "a good understanding of the minds of intelligence officers".

Amiya Bose contacted Rajni Palme Dutt, then secretary of the British Communist party and member of the Comintern, and gave him one of the letters. Palme Dutt in turn organized a rendezvous for Amiya Bose with a Soviet agent in a Bristol Hotel where the second letter addressed to the Soviet leadership was handed over.

"There was no reply from the Soviet Union to Subhas Bose's letter. My father used to say that someday that letter will turn up when Soviet archives are truly revealed," Madhuri Bose said.

Subhas Bose, who was later jailed by the British and kept under house arrest, escaped from British vigilance and made his way in 1941 to Germany via Afghanistan and Soviet Russia, using an Italian passport in the name of Count Orlando Mazzotta.

After founding the Indian legion in Germany from Indian prisoners of war, he finally made his way to Japan to form the Indian National Army to try and militarily free India.