Anand Patwardhan and Jayant Mauskar explain to The Telegraph why they believe the current debate on net-zero is a red herring, a dangerous distraction 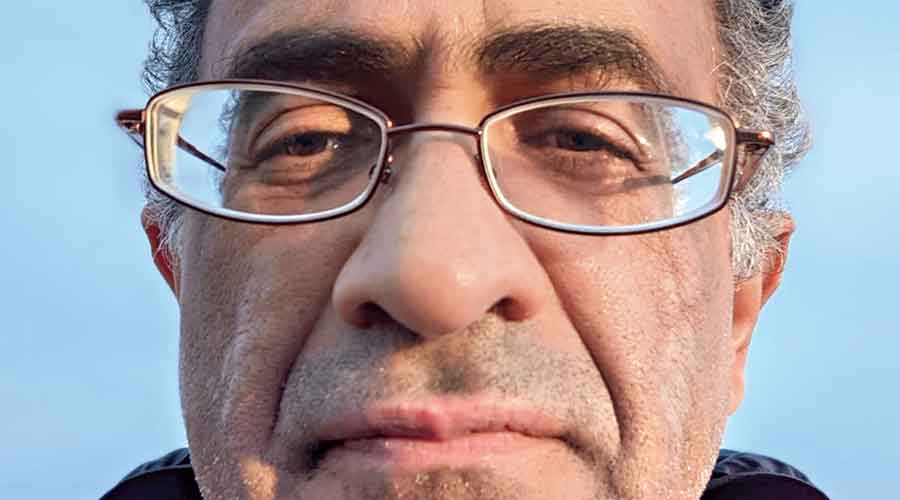 India’s refusal until Monday to announce a target year when it would attain net-zero emissions — release only as much of Earth-warming greenhouse gas emissions as it removes — had  caused consternation ahead of the Glasgow climate conference that opened on Sunday. Some scientists and policy makers view the Glasgow meeting as the most consequential since the 2015 Paris conference. Ahead of the conference, 49 countries and the European Union (EU) have pledged a net-zero target amid what scientists believe is an unavoidable goal of steering the global economy towards net-zero emissions. India, the fourth largest greenhouse gas emitter after China, the US, and the EU, might appear to be among the bad guys. But two veteran climate policy analysts argue that India’s position is not only well-founded in science and equity but focuses on the challenge of reducing current emissions now rather than on debates on a target year decades in the future. Anand Patwardhan, professor of public policy at the University of Maryland in the US, and Jayant Mauskar, a former Indian civil servant and lead climate change negotiator for India explain to The Telegraph why they believe the current debate on net-zero is a red herring, a dangerous distraction.

Q: Why are some describing the Glasgow climate conference that started on Sunday as the most consequential after the 2015 Paris meeting?

A. Every country hosting the (climate) conference wants to leave behind a legacy. However, this conference takes on added significance. It comes months after the Intergovernmental Panel on Climate Change working group report painted an alarming picture of future climate change. It also comes at a time when countries are being encouraged to submit updated nationally determined contributions, or climate pledges, subsequent to their first submissions under the Paris agreement. It represents a real test of the underlying premise of the “pledge-and-review” architecture of the Paris Agreement — that over time, countries will continue to ratchet up their ambitions, and that this mechanism could be an effective replacement for the earlier determined targets and timetables under the earlier Kyoto agreement that have fallen by the wayside.

A: India continues to demonstrate a low carbon development pathway in action even while tackling its high vulnerability to current climate variability on which the impacts of global warming are superposed. Even today, India’s per capita emissions are well below those of comparable developing countries and the developed world. While China’s net zero target of 2060 is very welcome, the reality is that China’s per capita emissions are already about four times that of India’s and by the time China’s emissions are expected to peak in 2030, Chinese per capita emissions will be 2.3 times India’s. If India were to follow a similar emissions trajectory, Indian emissions would not peak until 2050 and would not reach net-zero until 2087.  The reality is that India is already on a much lower carbon emission pathway consistent with national circumstances and development goals.

We would argue that India’s pledge should not only signal ambition but base it on a realistic and equitable pathway of getting there. Signalling ambition is possible without jumping on the net-zero bandwagon but is perhaps better illustrated through markers laid out in India’s current nationally determined climate actions — an economy-wide emissions intensity target, ambitious policies for a move away from fossil fuels and towards renewable energy sources, energy efficiency and land use change and forestry.  The same should apply for other countries too — rather than take recourse to targets far in the future, present ambitious actions today that will actually make a future net-zero target credible and achievable.

Q: By when should the developed countries ideally reach net zero?

A: Considering their historical emissions and the available carbon budget, equity requires that the US should have aimed for a net-zero emissions target by 2025 and the European Union by 2033. Equity and the principle of common but differentiated responsibilities pin the UN Framework Convention on Climate Change and cannot simply be papered over. If there is a lack of ambition — it rests more squarely on the developed countries than on the developing countries.

A: A global net zero by 2050 is needed. But the way it needs to be achieved is through a global deal that respects common but differentiated responsibilities — the concept that the largest historical emitters — the developed countries — need to do more and faster than the developing countries. Not only does this imply differentiated net-zero timetables with developed countries striving for net zero well before 2050, but also large finance and technology transfers to help developing countries bend the emissions curve. A pledge of US$ 100 billion per year by 2020 had been made. But even that has not been achieved yet.

Q: What would you view as a satisfactory outcome from the Glasgow conference?

A: The conference would do well to focus on finance and technology transfers needed to achieve a low-carbon trajectory for the developing world within this decade, instead of being distracted by the net-zero red herring, which obscures historical burdens and ignores future development needs. What matters for global climate is not just the year when emissions reach net zero, but rather the full trajectory of emissions. The higher and the more delayed the emissions peak, the more stringent and difficult the mitigation challenge. If the emissions curve is not bent quickly through technology transfers and finance, the inexorable calculus of the carbon budget will lead to the outcomes we are so desperately trying to avoid.