Credentials of NCF panel members questioned by some academics

The All India Peoples’ Science Network has expressed surprise that the panel has no expert from the NCERT, which prepares school textbooks 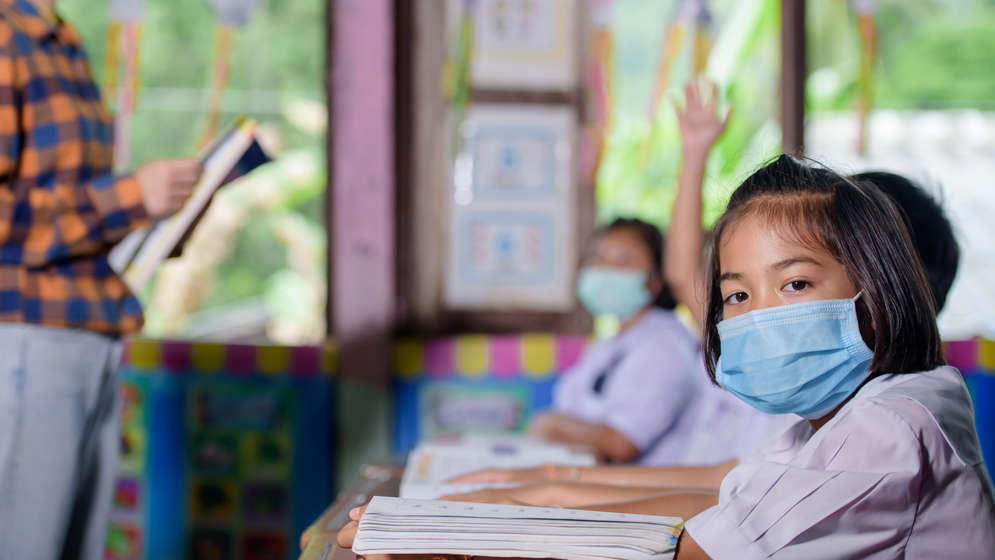 The government’s formation of an expert committee to develop the National Curriculum Frameworks, which guide the preparation of school, preschool, adult learning and teacher training textbooks, has set off a debate with some academics questioning the panel members’ credentials for the task.

“Kindly educate me if there is any curriculum expert or of philosophy of education in the newly announced NCF committee,” a Facebook post by N.K. Ambasht, former chairperson of the National Institute of Open Schooling (NIOS), said on Wednesday after the formation of the 12-member NCF “steering committee”.

The All India Peoples’ Science Network, a network of 40 organisations that work to spread scientific knowledge and attitudes at the grassroots, has protested the panel’s composition and demanded its reconstitution.

“It is a matter of deep concern that the entire span of educational curriculum reform, from the early childhood years to adult education, has been entrusted to a small committee with no expertise in these crucial areas,” a statement from AIPSN secretary P. Rajamanickam said.

“(The) members include educational administrators and even entrepreneurs. This seems to be in line with the trend of the National Education Policy 2020 to usher in private players while making subservient (the) established institutions of public education.”

The AIPSN expressed surprise that the panel had no expert from the NCERT, which prepares school textbooks. (The committee’s terms of reference say the NCERT director would help the panel.)

Anita Rampal, former dean of Delhi University’s faculty of education, too expressed surprise at the composition of the committee.

“People who have worked in curriculum and those with research experience in school education, pedagogy or teacher education are best suited for the committee,” Rampal said.

“This panel lacks the expertise to guide the preparation of any of the four NCFs.”

Rampal compared the committee unfavourably with the panel, headed by educationist Yashpal, that prepared the previous NCF in 2005.

The AIPSN statement said the 2005 committee had 11 members from the NCERT and 24 others, including eminent academics from the natural and social sciences, languages and mathematics, teachers and principals from schools and colleges, other educationists, and leaders of NGOs working in the fields of education and human rights. Many more well-known experts were invited as members of the focus groups, it said.

“AIPSN calls for a reconstitution of the steering committee with persons having a deep understanding about learners in diverse and disparate socio-cultural contexts, disciplinary knowledge of school education and domain expertise in teacher education/adult education, as well as sound experience of the pedagogical processes required to develop (an) NCF,” the statement said.

However, Yagnamurthy Sreekanth, principal of the Regional Institute of Education, Mysore, said the committee was well-equipped for the job.

He said the four earlier NCFs had witnessed “a top-down approach”, with central panels preparing them and the states “adopting them for their use”.

“Now the state-level SCERTs will prepare state curriculum frameworks (SCFs) according to their requirements. The national committee will examine, evaluate and sum up the SCFs to prepare the NCFs,” Sreekanth said. “For this, the members may not require expertise only on school education.”

Sreekanth said the two foreign members on the panel, Manjul Bhargava and Michel Danino, would provide an international perspective that earlier  committees lacked. The members from the spheres of NGO work and entrepreneurship would bring “novelty”.

Rampal said that while Mahesh Chandra Pant, a member of the current NCF committee, had been NIOS chairperson, his prior research work was mostly related to education administration. She also questioned the choice of a space scientist as panel head.

Emails were sent to the accounts of nine of the panel members, and to Jhingran and Maruwada through the common email mentioned on the websites of their organisations, seeking their responses.

The remaining member, National Book Trust chairperson Govind Prasad Sharma, was contacted over the phone. He said he had headed a committee set up by the Madhya Pradesh government to study the NCF of 2005 for adoption in the state. “I was also chairman of the textbook writing committee of Madhya Pradesh for nine years,” Sharma said.

Sridhar replied through email: "Perceptions differ. What is critical is the outcome. Better we look for that. I also respect the perceptual differences".

Comments from the others are awaited.